So it’s no wonder that, in your haste to find a nice corner of the room to rock back and forth in, you may be struggling to complete Scott Cawthon’s sequel to his first cult-horror classic.

If you don’t know what you’re doing, working up the nerve to remove your mask of safety and check the CCTV can be a paralysing experience.

Be the man in the iron mask 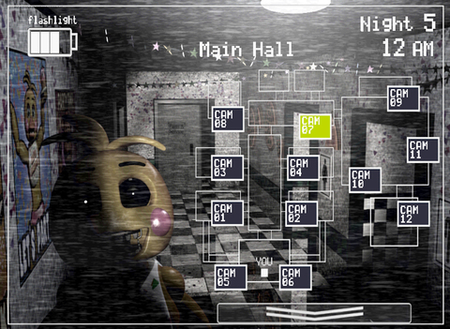 Since those nice thick steel doors from the first game have been unceremoniously stripped away, there is now nothing standing between you and the mechanical horrors.

Nothing, that is, except a fake Freddy mask designed to fool them into thinking you’re one of them.

The second you leave the CCTV feed, you should don the mask as a matter of urgency. It’s not uncommon to put down the monitor, and find yourself eyeball to mechanical eyeball with one of the pizzeria’s cast. So save yourself some discomfort, and train yourself to put on the mask as a reflex. 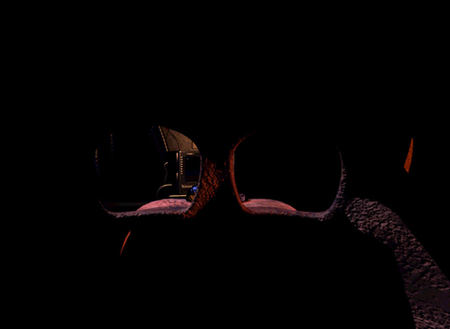 With around 11 new cast members scuttling through the pizzeria’s darkened halls, each will scuttle to your exposed hidey hole in its own unique way. Every clang, every thud, will tell you if they’re about to attack – so you’d better invest in some good headphones for audio accuracy.

And on the subject of phones, pay attention to the messages left by your boss at the beginning of each night. Their hints may just save your life.

Forget about the cameras 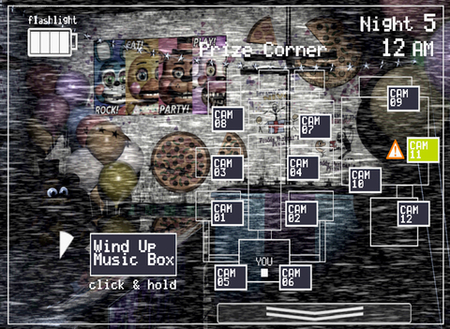 When it’s down to the wire, flicking back to the CCTV system just isn’t as important in Freddy’s 2 as it was in the first game.

The abominable abundance of animatronics makes it near impossible to visually keep track of them all, which is why listening is so important.

The exception to the rule lies in camera 11, a sunless cavern of inky black that houses the innocuous music box. Keeping that music box wound up is your number one priority; it’s more essential than wearing the mask of safety, checking the vents, or crying for your mother.

The box houses a puppet who is your literal nightmare before Christmas incarnate. If the box stops playing music he will make a beeline straight towards you, he won’t be fooled by your protective mask, and he will kill you. Stop him at all costs. 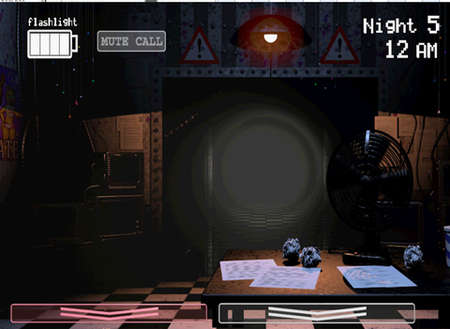 Getting to know the tricks and traits of Freddy’s friends is one of the only ways you’ll make sure the graveyard shift stays that way in name only.

Foxy, for example, won’t be fooled by the Freddy mask. When you see a hint of his snout nosing around at the end of the hall, flash your torch in his direction – he hates the light.

Unfortunately you won’t always see Mangle creeping up on you. His habit of crawling along the ceiling means he’ll hang above your head like murderous mistletoe. If you don’t want the kiss of death, listen out for the radio static that signals his approach. 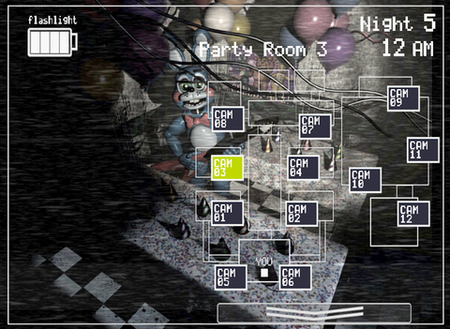 Keep filling those lungs; In, and out, in and out. You might need to find a paper bag to do it, that’s fine. You are, after all, playing a game of peek-a-boo with freakish animatronics who don’t understand humanity’s inability to exist without its frontal lobe.

But for the love of God just breathe.