In the Cloud (Updated: Now on Android, too)

Updated on March 26th, at 15:11: DroidGamers notes that Record Keeper is also out worldwide on Android too. You can get it for nothing on Google Play right here. Original story follows… 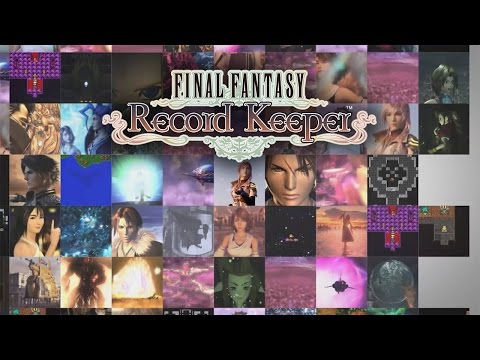 Subscribe to Pocket Gamer on
Want to see what Cloud, Squall, and Lightning would look like if Final Fantasy games were still being made for the SNES? And, uh, without putting yourself through Final Fantasy: All the Bravest? Then you'll want DeNA's new game Final Fantasy Record Keeper which just came out worldwide, and lets you make a team of heroes from various FF games so you can relive moments from the series as cute 16-bit battles. It's got the proper Active Time Battle system we all know and love, spirit breakers and massive great summons, and the ability to equip your team with hundreds of weapons, armor, and spells. But it's also a free to play game, so watch out for energy systems and purchasable potions. Danny's been playing it for a few days and has started work on a rolling review which you can follow here. And he also chatted to the developers to find out more - including plans to add characters from other Square Enix franchises. Anyway, if this sounds good to you, you can get Record Keeper off the App Store in the US and the UK right now. Android users will have to wait a little - it's only in Canada right now.
Next Up :
Azur Lane announces latest major event; Pledge of The Radiant Court, which introduces new characters and cosmetics