I cannot deny the feelings of nostalgia I get when playing this game. The theme tune alone takes me back into the shoes of a 12-year-old, crowding around a small CRT TV with a couple of Game Boy Advances and a friend. I didn't expect Final Fantasy Crystal Chronicles Remastered to actually evoke that kind of feeling in me all these years later but damn it, it worked, and I couldn't stop smiling. If only nostalgia wasn't always viewed through rose-tinted lenses.

Final Fantasy Crystal Chronicles Remastered is a brand new version of the 2003 Gamecube multiplayer classic. While the original game certainly had fans, it never successfully became an essential game, mainly because to play it "properly" you'd need four GBAs and four proprietary cables to play the game on your Gamecube, in addition to actually having friends. The idea of a remaster is simple: make the game look better, remove the hurdles to play it. And for the most part, we're seeing success.

As a child, I was never able to play a four-player game of FFCC, not once ever, but I was able to do so in the first few days. With different players. Time and time again. This is wonderful and makes the game feel much fresher than it ever did in 2003. Under the right circumstances, this is a great game to play, but those circumstances are still awkward to achieve. 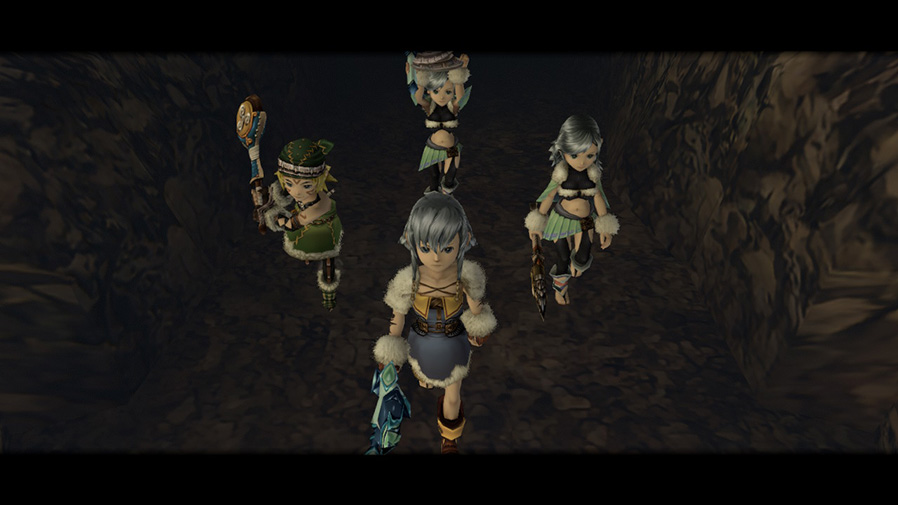 The world of Crystal Chronicles is covered in miasma, a gaseous poison that will kill any that wander in it for too long. The only thing that can keep the miasma at bay are large crystals, but their power is finite. Once per year each settlement in the Crystal Chronicles world must send a caravan out into the world and have them collect myrrh, the mystical liquid which powers the crystals, thus keeping their towns thriving. It's typical that myrrh is found exactly where large monsters tend to live.

The miasma is a decent narrative reason to get out of your town and explore, but it also makes for a smart setting for a multiplayer game. Your crystal caravan will be taking a small piece of the crystal from home with you, to keep you safe on your journey, and all of the players will need to stay inside the range of the crystals. A smart way of keeping the camera centred while players are running around the screen wildly. The miasma becomes even more interesting when you explore a dungeon, formerly a flourishing town, that never had their crystal caravan return, turning the village over to ruin and monsters. The world of Crystal Chronicles is solemn but filled with hope for the future.

If you venture out by yourself you'll be accompanied by a Moogle, Mog, who will carry the crystal chalice for you as you explore stages, turning the game into a fairly basic, but fun, single-player adventure. Of course, multiplayer is where this game shines, and thankfully the game does deliver here. Mostly.

There is no local multiplayer on home console versions, meaning even Nintendo Switch and PS4 owners of the game won't be jumping into traditional couch co-op, and that's a shame, but the Lite version of the game opens things up. The demo, or Lite, version of FFCC actually has all of the dungeons in the game included, and they're all accessible, as long as you team up with someone who actually owns the full game. Combine this with cross-play, and yes, you can absolutely play across Nintendo Switch, Android, iOS, and PS4 to enjoy the game with friends.

So if you play the game on your Android device, you can just have your friends download the app themselves so they can join you on your adventure. Though, disappointingly, only the Host of a game can actually collect myrrh at the end of a stage, meaning only one of the four players will ever actually make any "story" progress while playing. Other players will get artifacts that offer permanent stat buffs and any items and materials found while exploring the dungeon, but it still means players will have to play dungeons again, either solo or as a Host, to actually make progress. 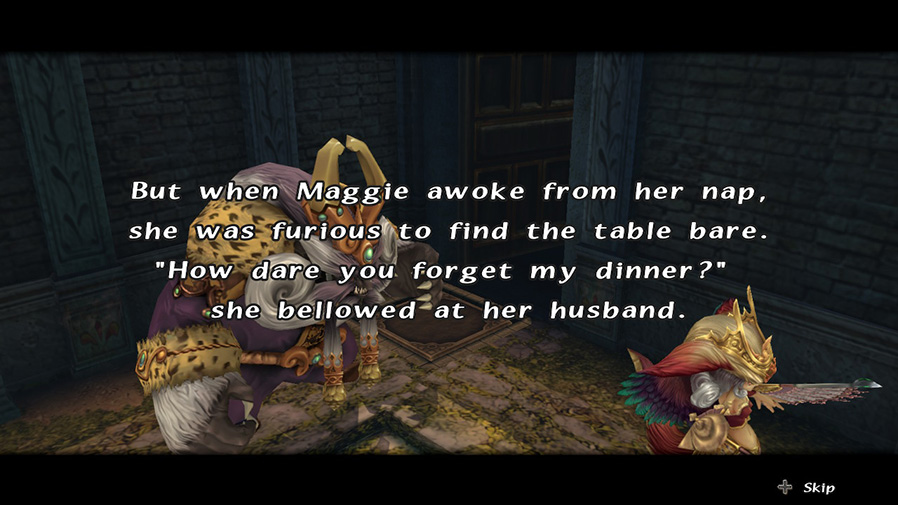 Crystal Chronicles is consistently charming, whether it's your family in your home town, or the characters you encounter while travelling with the crystal caravan, the writing is cute and sweet and I can't help but smile when I see the characters. Even the letters you get sent from your family on dungeon completion are a nice touch, with my younger sister writing more structured, adult letters as the years pass by.

But the gameplay never evolves past the basics. You have an attack, a defend option, and you'll collect items and Magicite in dungeons that allow you to cast familiar Final Fantasy magic attacks. You can combine pieces of Magicite in your inventory, turning two Fire spells into Fira, for example, or you can cast magic simultaneously with others in multiplayer to create giant spells. The experimentation is nice but never essential.

So much of the game - even the bosses - is just a matter of moving close to bait an attack, moving out of range, and then charging a spell or a focus attack. But whether you're on mobile or using an actual controller, the controls stay uniform and simple, so you shouldn't struggle, and the relatively slow pace of the game means fumbling with touch screen controls shouldn't be an issue.

But even though the game is very simple, I found that was just more reason for me to play dungeons again in multiplayer, using the Quickmatch function to just randomly join others online and grab materials before I go and forge myself some new gear from the Blacksmith. The simplicity of it just made me want to play more and more.

But Final Fantasy Crystal Chronicles Remastered Edition isn't perfect. The lack of a proper co-op story progression is maddening, and given that the game was designed with local multiplayer in mind, its omission here is mind-boggling on console. But despite all that, I can't help but feel a lot of love for this game, and thanks to the fact that the demo can be used to play a variety of dungeons, I see myself pulling out all mobile devices and Nintendo Switch units in the future so I can play this game with pals.

Final Fantasy Crystal Chronicles Remastered Edition clearly drops the ball on some key aspects of the multiplayer experience, but I can't deny my nostalgia, nor the urge I have to keep playing more. Even with FFXIV, this is still one of the best multiplayer Final Fantasy games.
Next Up :
Sumire review - "Why do some days stay in our thoughts forever?"

Final Fantasy Crystal Chronicles: Remastered will be free-to-try when it launches for iOS and Android