iOS + Android
| Final Fantasy All the Bravest
Update 13/9/13: We also just noticed that the iOS version dropped its price to free as well.

Square Enix rarely hits sour notes when it chooses to celebrate the Final Fantasy franchise, but Final Fantasy All the Bravest proves that there are exceptions to every trend.

Now the endless tapper has made its way to Google Play, which is good news to those Android-owning Final Fantasy fans who must have absolutely everything Square Enix affixes the name 'Final Fantasy' to.

But we urge you to read on before downloading it.

We had high hopes for Final Fantasy All the Bravest when it was announced, as it looked to be well in line Silver Award winners Dissidia 012 Duodecim and Theatrhythm Final Fantasy - unfortunately, it didn't measure up to either.

In our review of All The Bravest, we noted that "There's hardly a game here to begin with" as the only real strategy you'll employ is tapping on the screen and watching in mute horror as your heroes get mowed down by baddies.

Sure, there are 16-bit sprites of some of your favourite Final Fantasy characters to collect - but there's no way to guarantee that you'll be able to recruit the one you want straightaway, and the process of buying them all can be quite expensive.

If you're tempted to add Final Fantasy All The Bravest to your Android device, we urge you to read our review and check out the pricing model that Square Enix implemented for the game.

Should you still want to 'play' it, it's a free download - so by all means, go nuts. 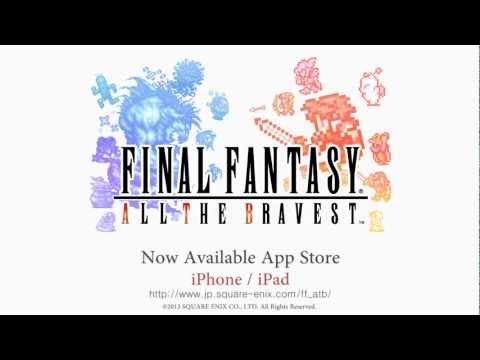 Subscribe to Pocket Gamer on
Next Up :
Sumire is a magical narrative adventure set in a Japanese village through the course of a single day, coming to iOS in 2022