What a line up! An epic 37 games were presented in the Very Big Indie Pitch at Pocket Gamer Connects Helsinki last week. Think of the Very Big Indie Pitch like a cross between Dragons' Den and speed dating. Indie developers get to show their latest work-in-progress projects off to teams of judges, formed from industry experts, publishers and press.

The top five games that we saw were then displayed to all PGC delegates for a day, who were able to vote on their favourite. The winner and two runners-up were presented with their prizes at a ceremony right at the end of the conference. You can read about them here and here. But all the games who took part are worth following as they continue their development. Read about them all below... 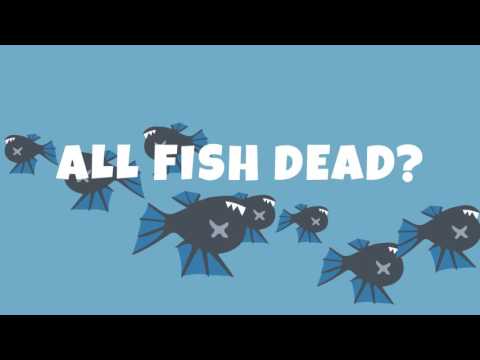 Winner! Control a flock of piranhas across fiendish 2D levels. Do you sacrifice one (or two or three) to complete the puzzles? Knock over pillars, avoid divers, race to the end with as many of your shoal as you can save.

Second place! An innovative tower defence game where the villains are the illnesses and toxins which invade the human body. Your weapons are powerful antibodies, as you try to save the stem cells. 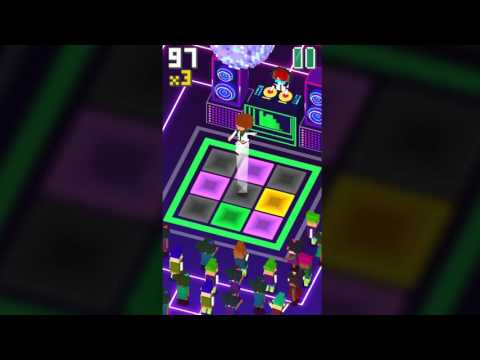 Set in a neon nightclub, players in this game compete for high scores by twitching their way around the floor in sync with the music. Cute voxel graphics complete the retro feel. 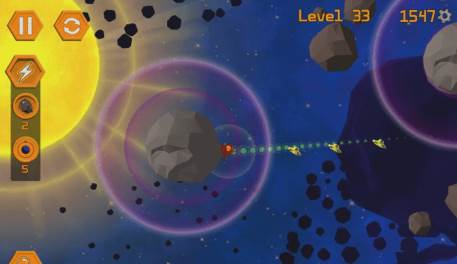 Leap from planet to planet using gravity as your guide. A space-based physics puzzle with elements of Angry Birds and miniature golf. There are power-ups to find and new spacesuits to buy, across 30 levels.

Inspired by the likes of Theme Hospital, this is a sim management game about - of course - public toilets. Buy and place your facilities, dispatch cleaners, avoid explosions (yuck). It's a single player game with 10 levels set across three time zones.

From Copenhagen, Tick Tock is a two-player mystery game that's all about communication. Players have to unravel a mystery narrative together - each sees a different narrative on their screen and must call across to the other player so they solve the puzzle together. 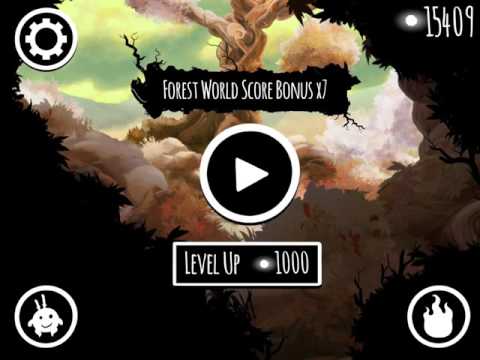 Tap kill rush! Shadow Bug Rush offers endless levels of slicing monsters to pieces. One-finger controls, a distinctive silhouette style, and the opportunity to unlock new monsters, traps and weapons were all praised by the judges.

An educational game for children who have recently learned to read. The idea is to adventure with a cute creature called Oo in a series of minigames, for instance, eating melons as they fall from the sky. The plans is for 20 stories following Oo's life, each with a few basic sentences to aid reading skills.

Taking some of its cues from Vainglory, this is a mobile deathmatch games where you creep around a maze deploying weapons at your enemies. Battle Blobs hopes to become a premier title in the flourishing mobile esports multiplayer market. 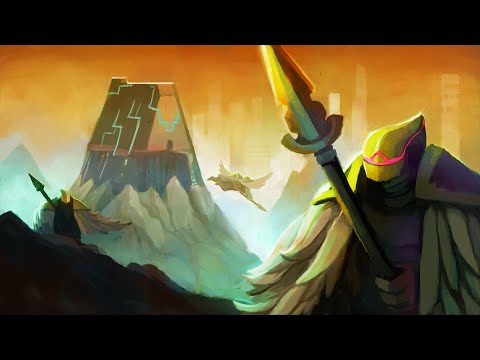 The basic puzzle format sees you manipulating a grid to send a charge from one end of the playing area to the other. The developers have included an epic story that opens up as you complete levels. 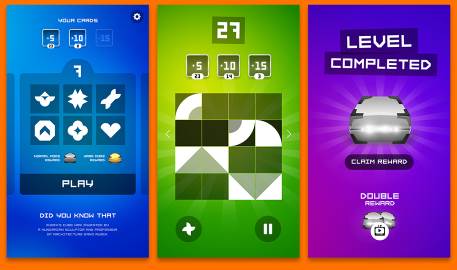 Featuring over 100 flat puzzles, multiplayer support and more, this one-finger puzzle game really piles on the time pressure. The basic mechanic is making tangram-style shapes against the clock. 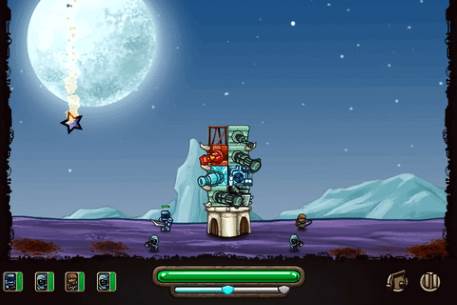 Wasteland Siege is an action-packed tower defence game, where you have to fight with more than 13 different enemies in a post-apocalyptic world, while expanding your tower using six different, upgradeable blocks. Levels are generated randomly, based on the player's experience.

This Finnish game is already in soft launch in some territories. It's a clever, inverted Tetris-style game. As the ice advances, you send blocks to the top of the screen to help penguins cross the water. The judges enjoyed the quick, addictive gameplay and the environmental message.

Pull back, release, and sling the throwing disc towards the goal. This retro pixel-style disc golf game features actual licensed throwing discs and pro-players, plus a brilliant level editor. 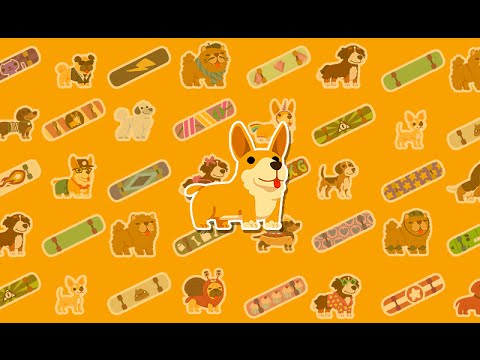 The work of a single developer, this 2D endless runner features - you guessed it - a corgi dog on a skateboard. Cute graphics and endless gameplay are joined by a gacha mechanic for new dog characters. 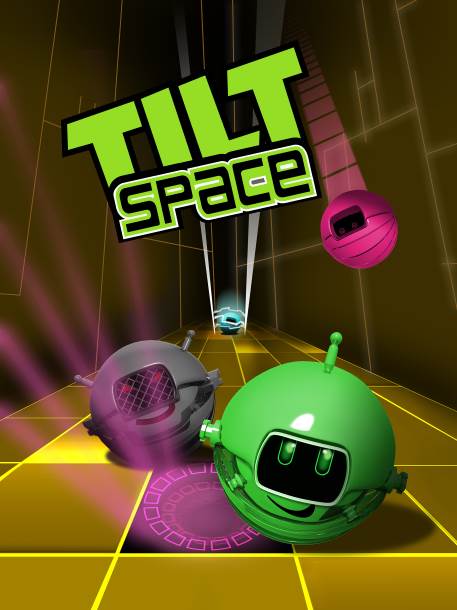 Based on a physical puzzle game, this brainteaser is a logical maze that you have to tilt the playfield to slide your pieces to their goals in each level. One of the team's specialities is semi-algorithmic level design, which enables them to include large numbers of levels quickly. 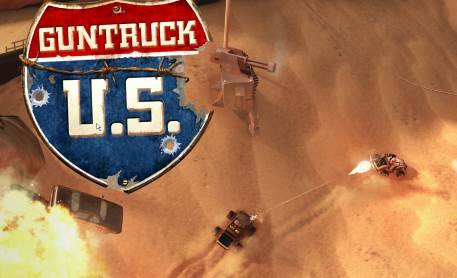 It's Mad Max meets Micro Machines in a top-down auto-shooter where you drive around grungy arenas in your battle bus trying to survive for as long as possible.

Gears Of Steal is a multiplayer puzzle strategy game with asynchronous base looting that reminded the judges of King Of Thieves. The team believe they've built on that basic concept with a unique control scheme and polished 3D map. 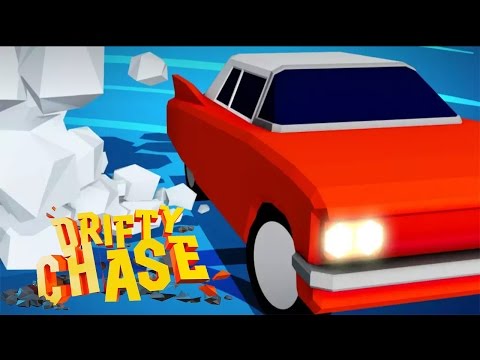 You just robbed a bank! Jump into a car and try to shake off the pursuit. This game is not about racing, it's about drifting with a trunk full of cash through an insanely crowded city. One touch controls make it all about timing. 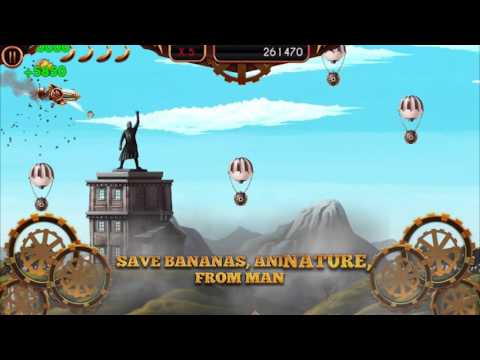 Fugitive apes have taken to the skies to seek revenge after being subjected to the destructive nature of mankind for far too long. Command their steampunk zeppelin and gain points by carefully dropping bombs on factories and warehouses in the side-scrolling landscape (just avoid damaging the natural world!). 20 levels are promised.

Smacklings is a simplified beat-'em-up, where two players fight each other with two button controls. Giving it distinctive visual flair is that the characters are stop-motion animated and were made from clay and cardboard. 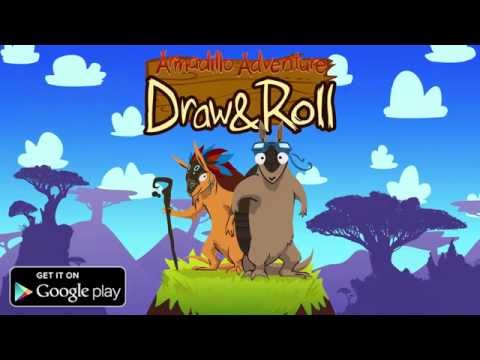 Help armadillos find their new home by rolling, Sonic-like, along the 2D landscape. The unique gameplay mechanic? You draw new ramps and drops right into the level using your finger. This brilliantly simple idea won praise from the judges.

Frantic real-time multiplayer combat (four-player PvP) in a sci-fi setting, this is an arena shooter for mobile with a novel one-finger control system.

CUBE is a humorous factory simulator set in an imaginary Soviet country. You move boxes from one conveyor belt to another without dropping any and without asking questions. A wry, dark humour runs throughout.

Hailing from Denmark, Disco Flip is a blend of music and action. It's an isometric puzzle game with a pulsing beat, in which the player has to navigate obstacles and enemies in a procedurally-generated endless runner world. 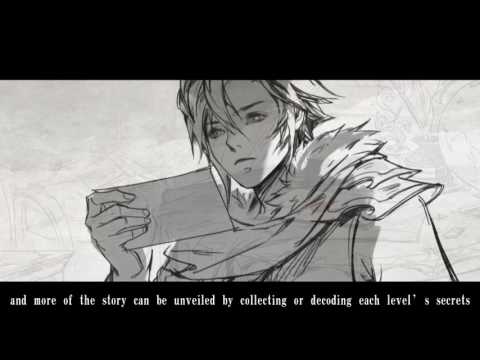 Less a game and more a meditative artistic experience, this Chinese project merges painting and music. You tap and swipe at the correct time to witness the story unfold. Big name musicians such as Onoken were invited to create the music for the game.

A detective game with a dark atmosphere and step counter mechanics. You travel from location to location within the adventure game either by cab (spending in-game currency) or on foot… which means you have to walk in real life! 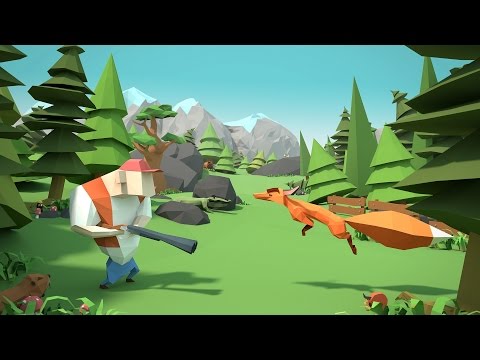 Animals get their revenge as you charge around as, say, a bear bringing havoc to the lives of hunters. It features low-poly 3D visuals, 15 levels with 15 different animal characters, three boss levels and multiplayer options. 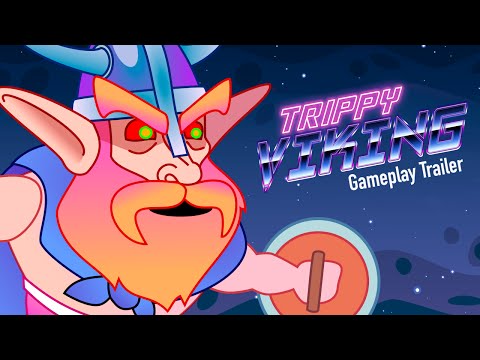 Inspired by the likes of Katamari but in an endless runner format, this is a one tap game where you're a ball-shaped avatar rolling down the street picking up trash as you go (while avoiding bigger obstacles).

How many stunts and flips can you do in your shopping cart as it rolls down a slope? Loads, if you strap on a rocket and other upgrades! Inspired by the antics of the Jackass TV show, this is a 3D physics puzzle game at heart. 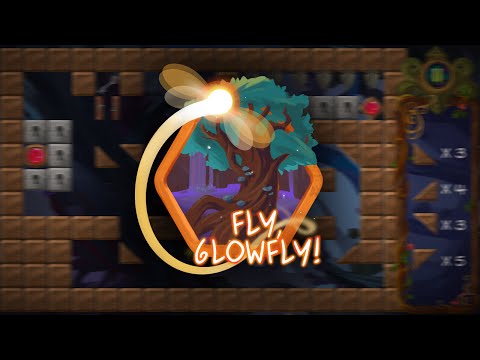 A 90-level puzzle game in which you bounce a firefly around a maze using reflectors and other physics tools. 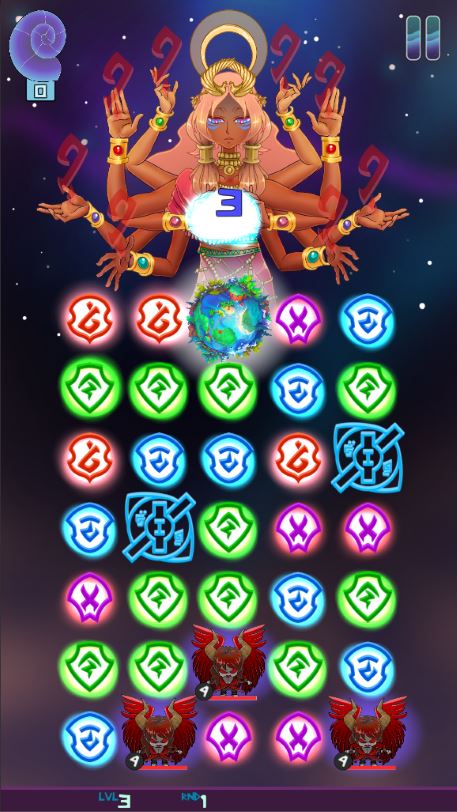 With unusual Indian-themed visuals, this puzzle game takes its inspiration from match-three games but is different in format. A goddess waits at the top of the screen, battling with demons who appear in the grid beneath. There are 10 levels available now with hundreds more to come. 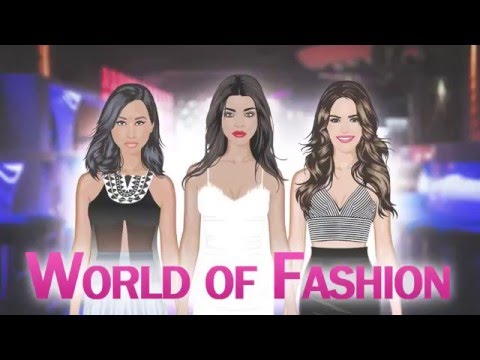 World Of Fashion is a fun take on fashion and dress-up games. Players shop the latest trends, dress their avatar and do celebrity stylings, all with an engaging storyline.

An online strategy game with a sci-fi setting, you grow, manage and upgrade your troops before sending them into battle. One judge described it as an "army manager" (like a football manager game but for killer robots). 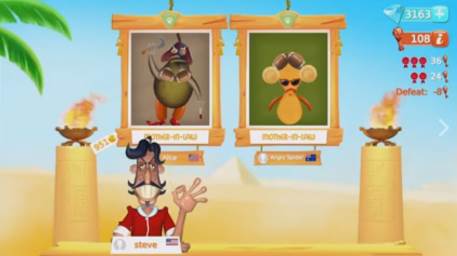 Think of this one as a virtual talent show, where painting pictures from random objects. Can you make a masterpiece on a particular theme out of tomatoes and other fruit? A party game to play with friends, the best images can also be shared online.

And there you have it, 37 brand new games from independent developers. The winning game, Die Fish, walked away with an Amazon Fire TV stick and a Kindle Fire Tablet, courtesy of our sponsors, as well as advertising credit on our sites and the traditional Very Big Indie Pitch baseball bat. There were prizes for all the top five developers too.

We also conducted our first ever VR Indie Pitch and our first ever Pocket Jam game jam this week! If you're a developer, your next opportunity to get involved is at Apps World London in October so register your interest here now.