Wolfenstein II: The New Colossus is out on console and PC this week, and a lot of gamers are awfully excited about it.

This sequel to the well-received 2014 series reboot is promising to be that rarest of things these days - a high quality, no-nonsense single player FPS.

As if there wasn't enough hype surrounding the game, it's also attracted a smidgen of controversy for its Nazi-bashing tone (seriously).

Of course, exclusive mobile gamers will have to observe Wolfenstein II: The New Colossus from a respectful distance. But there are a few games out there that nail elements of the modern Wolfenstein package.

Unfortunately, while there have been some fine actual Wolfenstein games on iOS, they're no longer available (RIP Wolfenstein 3D Classic Platinum and Wolfenstein RPG). So you'll just have to try and evoke those Wolfenstein feelings instead. 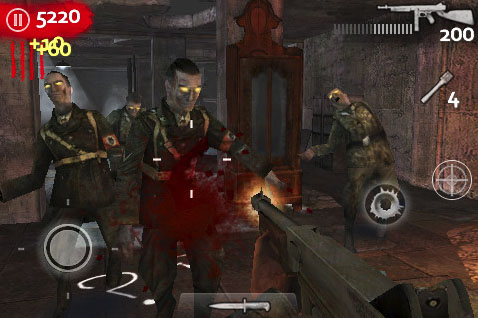 Wolfenstein II combines World War II-era military history with various fantastical elements in an action-heavy first person shooter. That's precisely what Call of Duty World At War: Zombies does as well, albeit in a different way.

This time you have to mow down waves of Nazi zombies - yes, you read that right - in an ultimately doomed last stand. It's a bit old and tatty around the edges, but Call of Duty World At War: Zombies still plays a mean game. 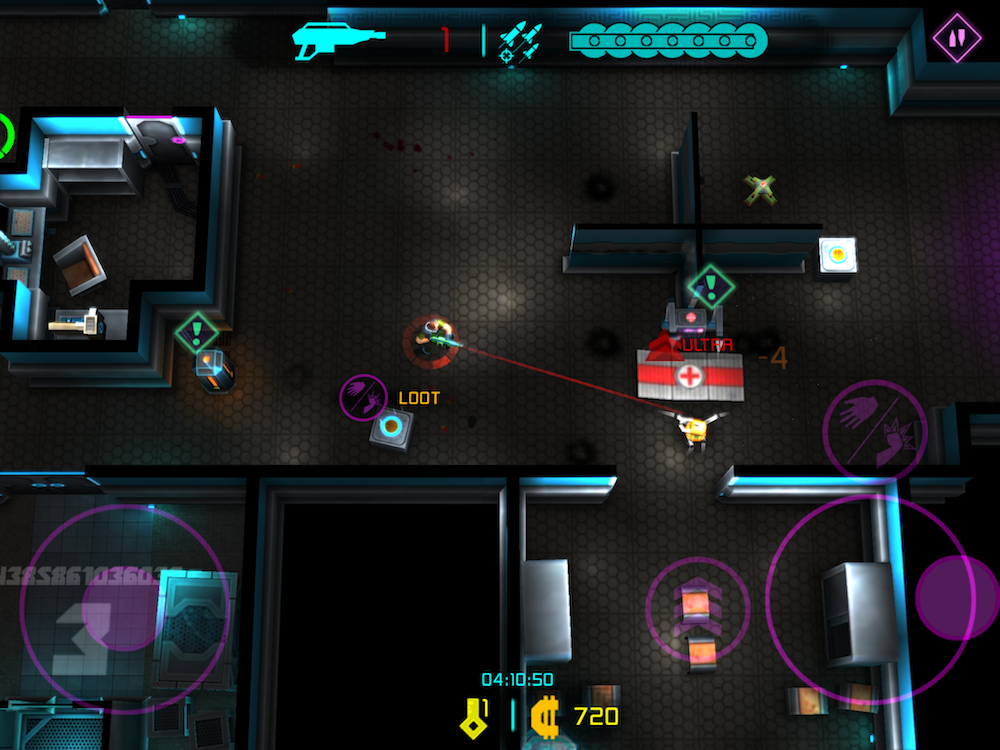 Take on a dystopian fascist state by tooling up and shooting everything that moves: that's the name of the game in Neon Chrome just as it is in Wolfenstein II.

Okay, so that oppressive state lies in a Bladerunner-like future, and the shooting is top-down rather than first person. But there's a definite link here.

More grim dystopian action, but this time Deus Ex: The Fall gets the first person part of the equation down. Except when it slips into third person view.

Deus Ex: The Fall also has the kind of story-driven gameplay and lush production values that Wolfenstein players will appreciate, though it's a lot stealthier and less brash than MachineGames's reboot. 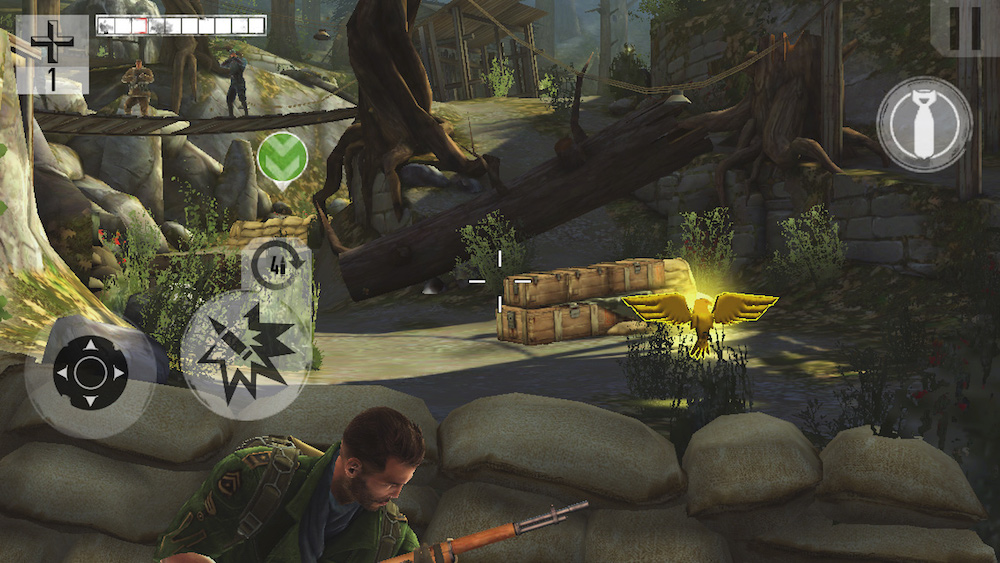 Okay, so here's the thing. Brothers in Arms 3 is a third person shooter that's blighted by a heavy-handed approach to IAPs. So far so unpromising.

However, it's also an enjoyably bombastic mobile shooter with a World War II setting, which instantly gives it a bit of a Wolfenstein flavour. Not much, but a bit. 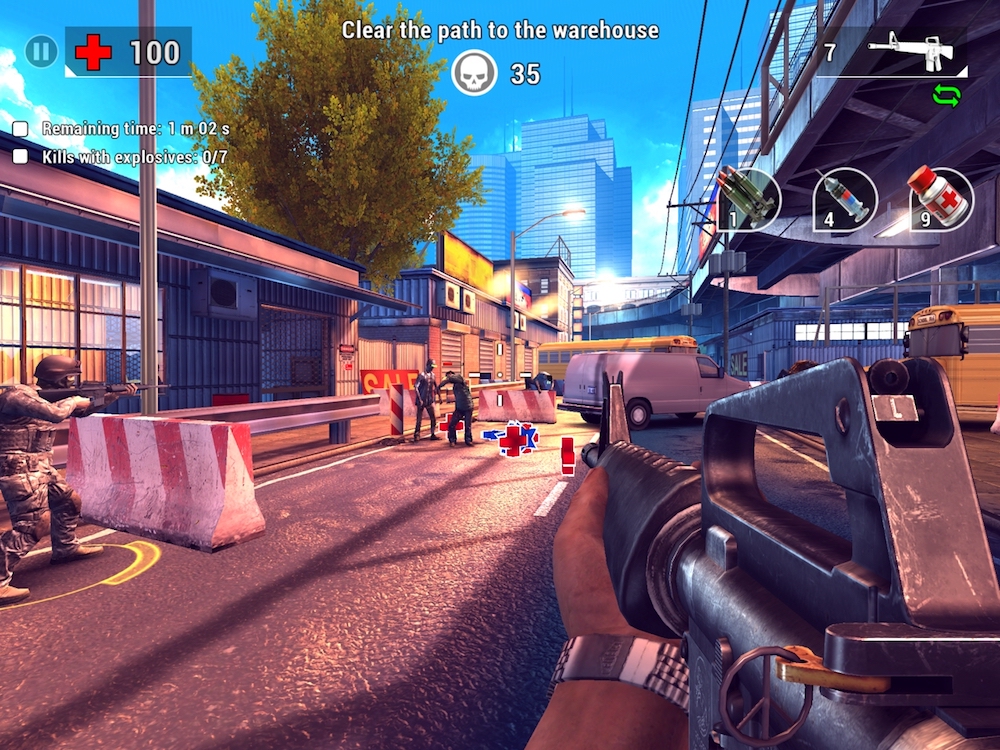 Wolfenstein II: The New Colossus is a technically impressive, action-heavy FPS filled with genetic monstrosities and loads of guns. On mobile, the undisputed master of such things is Madfinger Games.

The developer's most current and technically impressive zombie-blaster is Unkilled. It's not clever, but it is good fun.