Which of your favourite mobile games have stopped working?

There are thousands upon thousands of games on mobile app stores, and with many games released years and years ago, it's easy to miss when one goes kaput.

That is, unless it's a favourite of yours that you have stuck to your home screen or at the top of your games folder.

Have you ever found that one of your games just... stopped working after a firmware update?

Some titles may be delisted on the hush before anyone has the chance to complain. Frequently though, many linger behind, perhaps luring in a punter not familiar with each store's refund policy.

We asked our App Army to tell us about which games they'd loved and lost.

Danny: One of my favourite DS games, Ghost Trick: Phantom Detective, received an HD upgrade for iOS. This adventure puzzler just oozes charm with its silky smooth animation and quirky characters. It's from the mind behind the Ace Attorney series too.

The price was a little steep for the whole game, but totally worth it. Until... it just stopped working. Black screen and back to the home menu every time I attempt to load it up. Sigh.

AcesHigh: Well, the first game that instantly sprung to mind was... you guessed it, Ghost Trick. Great minds and all that!

Indeed, Capcom's utterly gorgeous and beautifully animated adventure is actually one of my personal top ten games of all time. Loved it on DS and iPad.

Another one of my all-time favourite games on 3DS is Renegade Kid's ludicrously fun eShop platformer, Mutant Mudds. When it appeared on the App Store for a paltry 69p, it would have bordered on criminal had I not picked it up.

Sure, it lacked the physical buttons and trademark stereoscopic 3D of its console cousin, but thanks to stunning Retina Display visuals, stonkingly good chiptunes, and tight virtual controls, it felt every bit as good on iOS.

Now, Mutant Mudds crashes before you can get past its opening splash screen. If this continues to go unfixed, it would be criminal.

JJE: It seems to me that the App Store is like the final shot in Raiders of the Lost Ark - millions of crates that no one will ever open. Major publishers gut their catalogues for financial, rather than consumer-driven reasons.

Indie devs use backdoor hooks for iOS APIs then rage on Reddit when an update causes chaos. FTP profits hinge on the deep pockets of less than 5% of players while the rest can go howl at the moon.

Games break and a lone few will rant on forums, usually to no avail. Developers who are dedicated to the art and craft and science of games get swept away by this week's onslaught of match-3s, lane runners, and zombies.

Jose: I'm not much of a sentimentalist when it comes to games: once I'm done with one, I rarely revisit it. The "dead" iOS games that break my heart are the ones that, for whatever reason, I never got to finish.

Of those, the one that I mourn the most is The World Ends With You. I first played the game on the DS, and I loved everything about it - the cool setting, the characters, the Battle Royale-esque story, the upgrade system, and most of all the music.

Essentially, everything except for the dual-screen combat, which was too frantic for this aging gamer. With it's single-screen combat system, the iOS version was a godsend. I put 4 or 5 hours into it, and took a break.

Then iOS 8 hit. I still hold out hope that one day Square Enix will take pity on me and bring it back. Not likely, unfortunately.

Daniel: Well I'm glad I played it before it stopped working, Jose! Great game, and as weird as you like. I've never had any game stop working while I was still playing it on iOS, so I guess I'm lucky! Luke: I can't say I loved it since I've yet to play it, but I purchased The World Ends with You for full price and have had nothing but a never ending loading screen upon booting it up. Truly disappointing Square Enix!

I'd heard nothing but good things; even that this port was even better than the DS original. The main thing that drew me in was its unique combat system and art style. Hopefully I'll be able to experience it some day.

Conor: Terraria still works on iOS, but for some reason it will not work on my device. I would love to play it, but every time I launched the game I get a black screen and the game crashes, meaning it's unplayable.

I was really looking forward to playing this game because of its unique look. I contacted the developers but even they were unsuccessful in helping me. 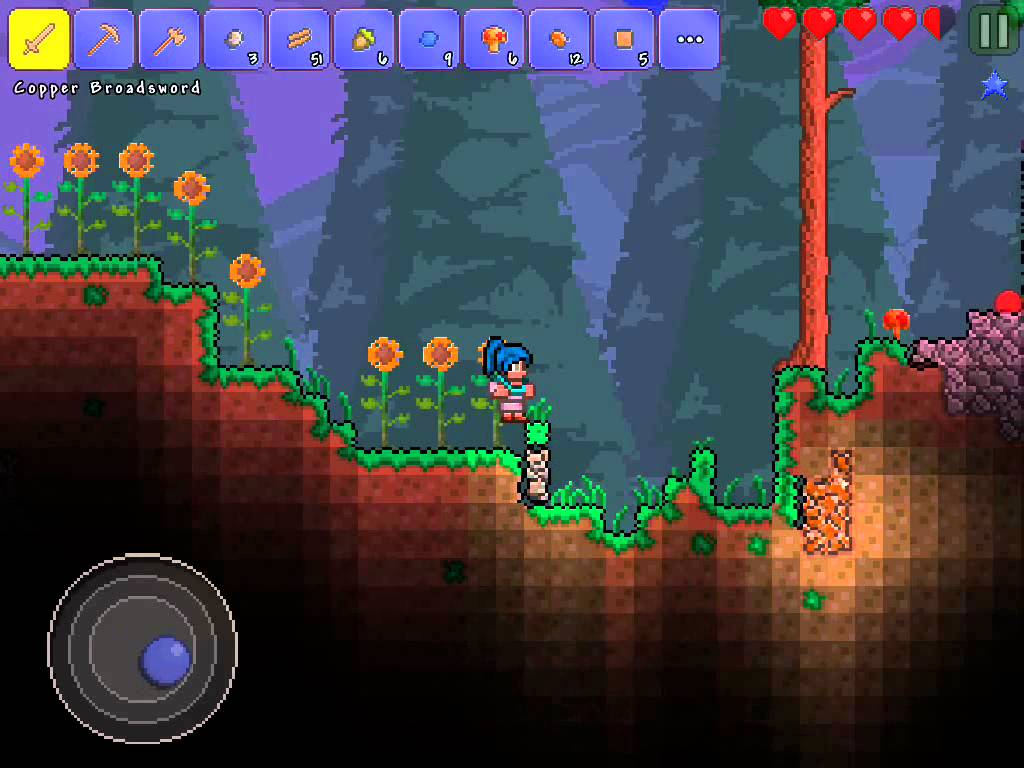 Clint: One that leaps out to me, but does still work to a point, is Bomberman. I used to love playing it as it's a good little time waster. It hasn't been updated in about 5 years, still has OpenFeint, and no retina support. Ethan: One of my personal favourites is Call of Duty: Black Ops Zombies. It no longer works on iOS as it hasn't been updated for iOS 8.

You can play the game, but every object in it is white. No colour. If it could be updated to work iOS 8 that would be awesome!

Taylor: One of my all-time favorite games that hasn't worked since iOS 7 is Star Battalion by Gameloft. I loved it because it was essentially a rad homage to Star Wars: Rogue Squadron, but with a more personal story and kick-ass soundtrack. Ivan: Tiny Troopers for me. It was a fun strategy game that could be a tad tough at times. It would make me both laugh and cry in frustration when trying to complete some missions.

It hasn't been updated since 2013, and since a recent iOS 8 update all I get is a blank screen before returning to the home screen. The game's still listed on App Store and I paid full price. Bah! R.I.P. Tiny Troopers.

Clint: A few stick out for me. Rush Hour Train was a fun little time waster. It's not been updated in quite a while and doesn't run well at all, the game seems locked in portrait view and half the screen is cut off.

Astro Ranch was a really cool 3D builder game. I think I actually spent money on this if I remember rightly as I was enjoying playing it so much.

It was kind of like Animal Crossing in space. You had to build your farm up, expanding the buildings and growing new stuff. Now though, the game launches to just a black screen.

Last one for me is the iPhone version of The Settlers. I loved this game. It had huge potential, and if the devs had only added a sandbox mode it would have been perfect.

Not only did this game look great, the controls were spot on too. Now though, the game sticks at the "G" for Gameloft loading screen and goes no further. Real shame this one.

Gabriela: The Settlers. Oh my, it's been so long that I've already forgotten about that awesome game!

Even though it didn't look too good to me at the time, I loved playing it a lot and the controls really felt great on the mobile port - even better than the original ones on PC.

It's what got me into strategy games, really. Fun and challenging. Now it just freezes at startup. Sometimes I just wish I had an old, unupdated device.

Kym: I haven't come across any games that have stopped working on iOS - I must be very lucky from the sounds of it! Sohail: I've had all kinds of issues with Jurassic World: The Game. Initially I couldn't install it on my iPad 2 as it wasn't powerful enough, but when I installed it on my iPad mini 2 I had tons of issues.

At first, dinosaurs failed to load in battle stage 2. Then, that issue was fixed with a patch, but it now the game keeps losing its connection to the server.

So far I have been unable to play this game for more than five minutes at a time, which is a shame because I kind of liked the game for its dinosaur breeding, evolution, and combat. It was an amusement park management sim and so much more.

Aaron: Sonic the Hedgehog 4: Episode 1 and Episode 2 seem to be broken for me. It brought back all the nostalgia of the Mega Drive games, but added a modern sheen to it.

It was quite nice to have an actual new Sonic game that didn't totally suck. I never managed to finish it, and now it doesn't seem to work.

The App Army have spoken! If you'd like to sign up, please have a gander at our App Army application article. Have any of your favourite games stopped working on the latest iOS / Android devices? Let us know in the comments below!
Next Up :
The benefits of accessible mobile games for the blind and visually impaired community