VR and eSports: a match made in heaven?

VR HMD's could put bring you into the stadium

It's the League of Legends World Championships Quarter Finals, and I am surrounded by over 10,000 other LoL fans inside of Wembley Arena.

Origen (one of only two European teams competing) are about to emerge victorious in their matchup against the Flash Wolves and as the nexus falls the entire arena leaps to its feet.

"Origen, Origen, Origen," rings out across the sea of clapping hands, the atmosphere is unlike any other you will find in the world of video games and it's one of the most incredible moments I have had in eSports.

As the excitement starts to wind down my thoughts go to those elsewhere, watching the action on Twitch. How did it come across to them?

Did they feel the same excitement as I did along with all these others around me? Unfortunately the most likely answer to that question is no. 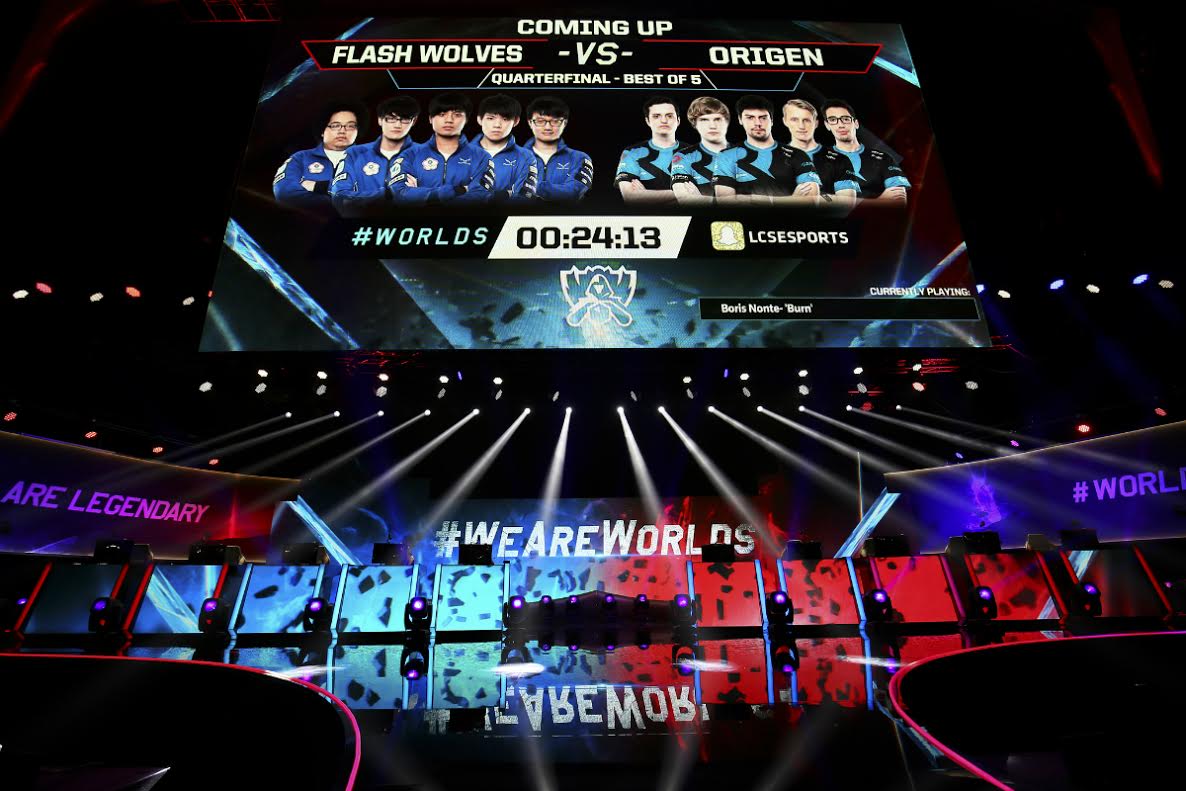 Sure, you can get excited about your favourite team winning but this experience was unlike anything else and unless they could get to Wembley and get their hands on one of the coveted tickets, they weren't going to be able to experience it.

However, with VR comes an exciting opportunity that, if executed well, could mean every one of the thirty million plus viewers would be able to watch the action from the best seat in the house, getting almost the same experience as those actually at the venue.

Fully immersed in the action

One of the key selling points of VR headsets is that you truly feel immersed in whatever location the developers have thought up. Everywhere you look is in the virtual world instead of just on a screen in front of you.

Combine that with some of the high tech 360-degree cameras that are now available and you have the technology that could convince a person that they are actually in a different part of the world.

Simply by putting some cameras in the arena and streaming the images to VR headsets, everyone could have almost the same experience as those there in person, and eSports would be all the better for it. 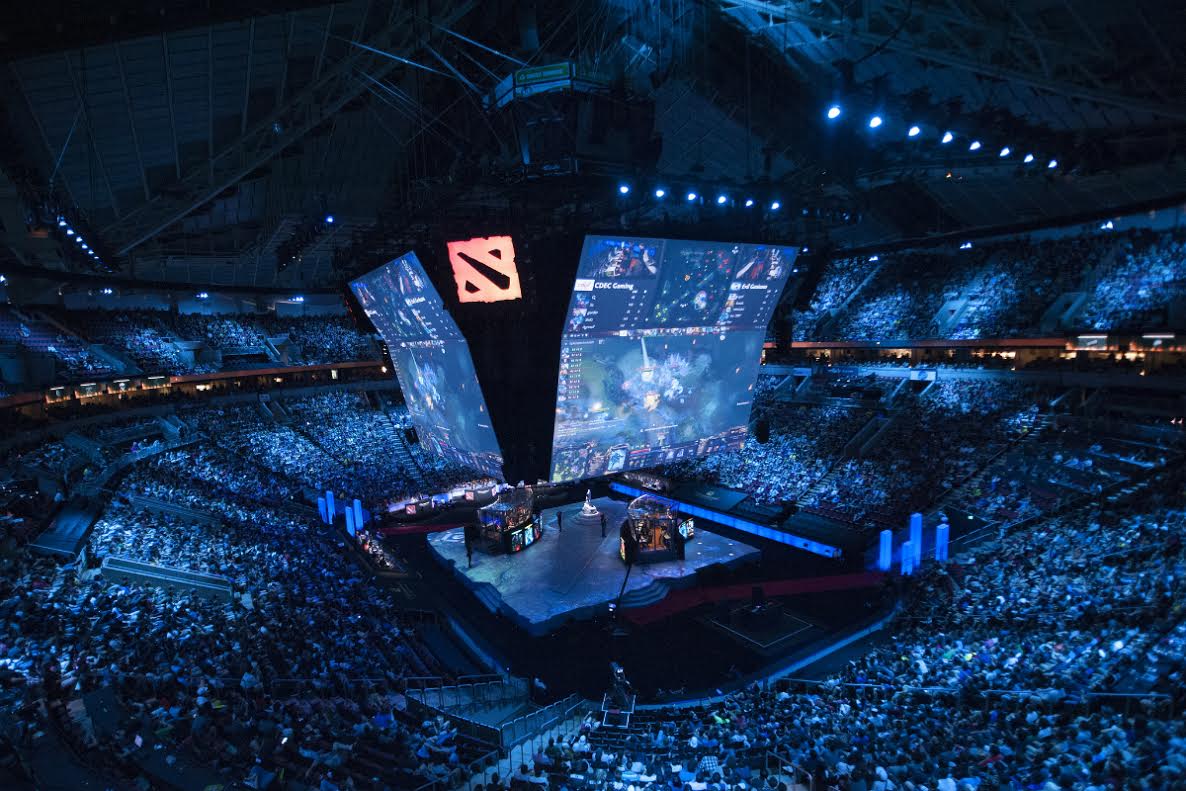 Imagine it, without having to fly halfway across the world you could experience The International, and not just some crappy seat up in the rafters of the Key Arena, but on the front row.

Look to your left or right and you see the people who are at the event as if they are sat next to you.

Turn around in your chair and you can see the rest of the 15,000 people in the arena, right in front of you is the impressive stage.

Players are only a few meters away as they take their seats, and you can see every reaction to every play on their faces.

VR will let you experience the full production values

You would also get the entire stage production, which often a lot of viewers miss out on. At The International 5 each team faced each other as they played, and when a big spell was used in game the visual effect went between the two booths on the stage.

By all accounts it looked spectacular, but those of us watching on stream never got to properly experience it, if we were watching in virtual reality then we would have seen it all.

However the most important aspect of this would be the atmosphere. With the experience that VR offers, you would feel like a member of the crowd and when they erupt it would feel incredible.

Hell you might even join in, screaming in your own home, feeling like you are one tiny voice in a sea of thousands - you (probably) wouldn't even feel stupid for doing it as you would be so immersed in the action. 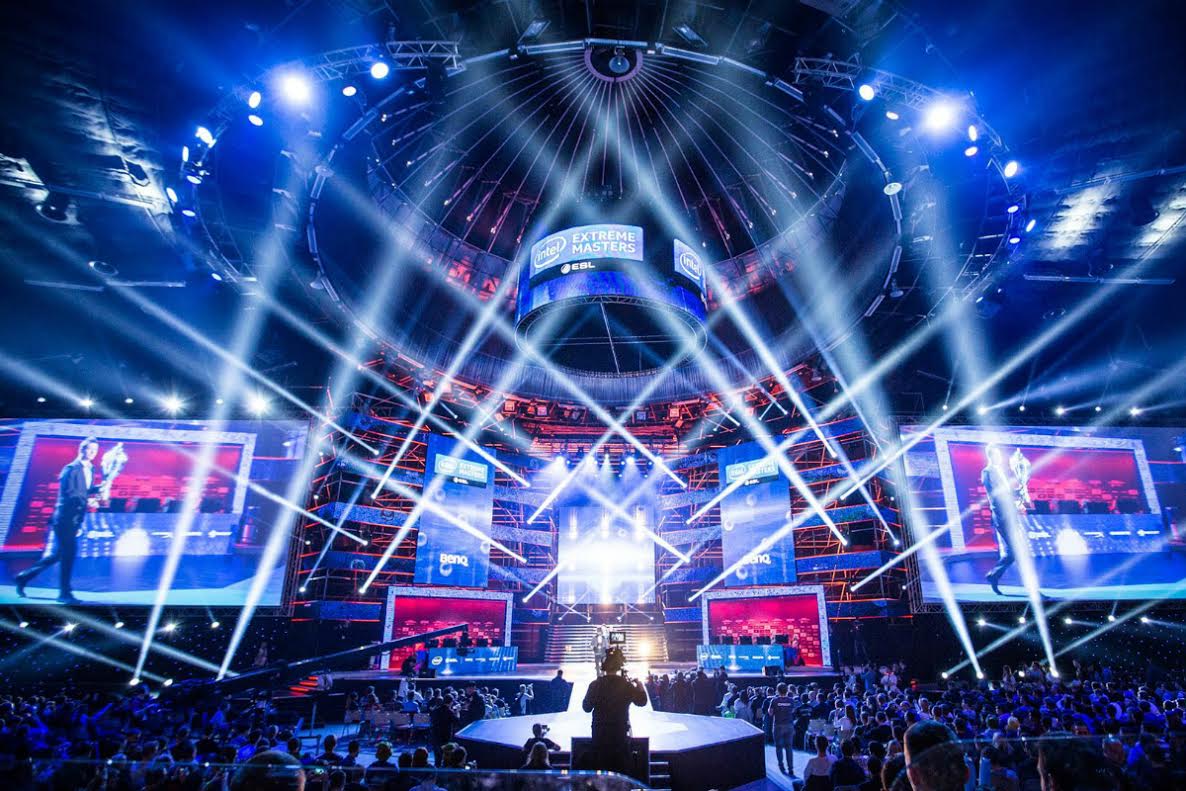 It surely won't be long until front row seats for the biggest events start to reach insanely high prices, like many live events, but with VR that front row seat could be for everyone with a VR headset.

Putting everyone in the front row

Companies could even charge a couple of quid to recoup the costs, because I know I would 100% be up for paying a small amount to experience the biggest events as if I was actually there. It's a win win for both fans and the companies putting on the events.

Just by having a fairly simple set up the biggest eSports events in the world, such as The International, Blizzcon, and the LoL Worlds, could go from letting a few thousand people in the arena to allowing hundreds of thousands, if not millions, to have one of the best experiences of their life.

It also means that people in countries that don't get many top eSports events, or those in remote locations, can have the best experience possible.

VR would greatly improve thousands of peoples eSports experience and that's why this idea needs to happen sooner rather than later.