Next week's most promising iPhone and iPad games

Every Friday, we like to finish off the week by looking ahead and talking about the iPhone and iPad games that are just over the horizon.

No matter how tempting it is, you can't just chuck a console or PC game onto the App Store and hope that it will work. Depending on the nature of the game, a port might need a little tweaking or a complete overhaul to fit.

Sega knows this, so don't expect next week's Total War game for iPhone and iPad to be anything like its PC brethren. Instead, Total War Battles: Shogun is designed for small displays (with its cramped battlefields), touchscreens (with its finger-friendly controls), and bus rides (with its short skirmishes).

Note: Dates, prices, and features are subject to change at the whim of the developer and Apple's approval team. Dates were correct at time of publication.

Total War Battles: Shogun
By Creative Assembly - out on iPhone and iPad on April 19th (source) 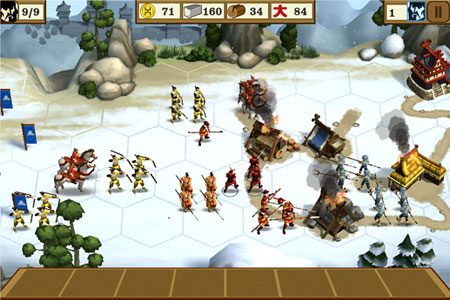 Total War Battles: Shogun is definitely not a shot-by-shot remake of last year's PC epic Shogun 2. So, don't expect epic conflicts or vast battlefields that span half of Japan.

Instead, Total War Battles: Shogun's scraps are confined and frenzied. Stand-offs happen on cramped battlegrounds, units march in pre-determined lanes (that are more Plants vs Zombies than anything in the Total War series), and you're not even allowed to retreat.

This offers a frantic pace, where you try to overwhelm your opponent with a barrage of warriors. Then, you've got to slaughter their army, wreck their precious buildings, and defeat their commander.

But, it's not all hot-headed conflict. You'll also want to defend your base from attack and carefully place each building to make the most of your limited tile space. Plus, you'll need to mine resources (gold, steel, wood, and spirit) to keep churning out units.

Creative Assembly has gone to great lengths to make the series fit on mobile, right down to the stylised backdrops and a control scheme that's fit for touch-based gaming. Once you're done with the 10-hour campaign, two players can go head-to-head on the same iPad. 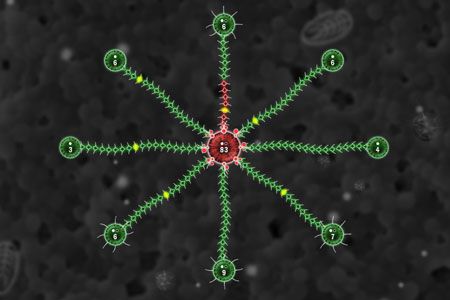 You could say the odds are stacked against you in Tentacle Wars. You've got to save an alien species that's on the brink of extinction, and one of the very last organisms is contaminated and about to die. What's more: you've only got one antibody left.

It's all looking a bit bleak, right? But, fortunately for you, this hardy antibody can strike back against unwelcome viral invaders, by latching its tentacles onto weaker cells and overwhelming them with its superior power. You'll neutralise the cell, and turn it into an ally.

It's part-puzzler, part-strategy game. You'll have to work out which cells to avoid and which enemies to attack, take hold of neutral pulsars, hang back, and sacrifice smaller cells for the greater good. There's certainly a lot of depth.

Tentacle Wars started life as a Flash game (which you can play here), but the iOS port will add a few more levels - taking the total up to 40 - and online multiplayer over Game Center. 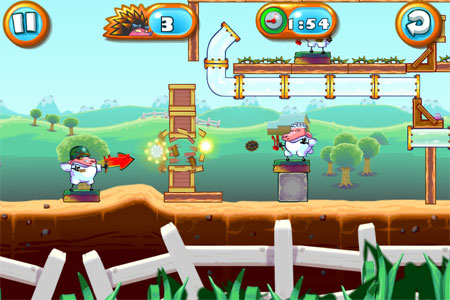 Bulkypix's physics-led puzzler Saving Private Sheep was all about defence. In the war against wolves, the best strategy was to hunker down on safe ground and simply avoid the enemy's toothy maw.

In the sequel, you'll go on the attack. There's a new enemy - a band of foxes who fancy snacking on your wooly babies - and you'll fend them off with a catapulted barrage of hedgehogs.

In each of the game's 66 levels, you've got to send the spiny critter from sheep to sheep, like an Angry Birds relay, by firing it over obstacles, past dangers, down waterfalls, and around chickens. When you've got the fox in your sight, let that hog loose to end the skirmish.

You'll also be able to create your own levels, using the same authoring tools as the game's developers. You'll then be able to share your levels online where other players can download, play, and rate your handiwork.