With the virtual console pumping out legitimate trips down memory lane, we’ve not only been reminded how far gaming has come but also how much we owe to genuine classics like Link’s Awakening and Donkey Kong.

So we decided to delve even deeper into our memory swamps retrieve ten forgotten handheld gaming characters.

If you feel like we’ve forgotten someone (and, given the title of this feature, we probably have) then remind us of your favourites in the comments box below. 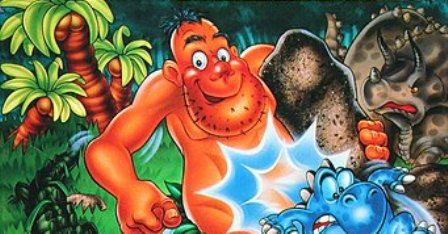 Sporting his Desperate Dan-esque chin scruff and a belly that would put Ricky Tomlinson to shame, Chuck Rock - the eponymous hero of home console, Game Boy, and Game Gear titles - was Core Design’s precursor to the now legendary Lara Croft.

Hard to believe, considering the ‘Unga Bunga’-shouting stone age punk rocker spent most of his time tracking down his helpless missus (Ophelia Rock), who had been effeminately kidnapped by the tyrannical T-Rex bully Gary Gritter.

Starting life as a simple red dot in the middle of a 7UP soft drink logo, Cool Spot seemed destined for greatness.

After receiving his undeniably fashionable name, along with some limbs and shades, the soda bubble-firing spot adventured through his self-titled 2D platformer in the early '90s.

It’s a testament to the fact that the Cool Spot games were genuinely quite good that the little red guy beat all the other advergame characters of the early '90s into this list - including the Coca Cola Kid and MacDonalds’s Mick and Mack: Global Gladiators.

Who was the original princess in another castle? Peach? Daisy? Wrong. Though easily forgotten by casual/non-gamers, in actual fact the original damsel in the hands of the great ape Donkey Kong was, in fact, Pauline.

Despite making a few minor returns and cameos since then she remains a peripheral figure in the Mario universe.

Perhaps best known for having the most unforgiving racing section ever devised in a video game, Battletoads also featured three TMNT-worrying heroes (it would have been harsh just to include one of them in the list).

It’s not that we don’t remember the Battletoads - it’s that we don’t know any of them individually. Can you name them? If you can, then well done: you know your retro games. 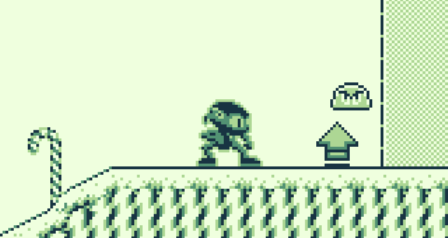 In 1992, Sonic and Mario were in the midst of their battle of the consoles. Now, with Mario’s 25 year dominance over the genre and Sonic’s recent 20th birthday having come and gone, take a moment to consider Zool.

This poor speed-freak gremlin sought to take on the big boys in his own series of 2D platformers. Sadly, whilst looking cool, his games were simply too rock solid.

Now he stacks shelves with Chuba Chups at his local Ninth Dimension newsagent.

Only recently did we meet this mysterious spaceman again, as Super Mario Land is now available on the 3DS’s Virtual Console for download.

Unusually, this is a Mario game about rescuing somebody other than Peach (or even Pauline). And Bowser took a break too, letting Tatanga hypnotise the denizens of Sarasaland and kidnap princess Daisy.

Only Mario stood between the spaceman Tatanga and a Bowser level of infamy. That and, you know, him being slightly rubbish.

Though he wasn’t officially given a name until 2001, when he made a brief cameo in Super Smash Bros. Melee on GameCube, Mr. Game & Watch was most famous for being the instantly forgettable protagonist at the centre of the Game & Watch series.

Whether we were catching him flying from a burning building in Fire or helping him scoop bucketloads of dripping oil in Oil Panic, he sported the same stickman physique. But what was all the head-copptering and body-whipping for? In true '90s platformer style, it was to rescue a princess.

You know, What’s-Her-Name. Yes that was in fact her real name.

She was so forgettable that the developer didn’t even name her. She turned up right at the end of the game only to be squished into juice by a flying cow. Remember her now? No? Us neither.

Despite winning a (dubious) Best New Character award in 1993 for his home console ‘hits’, Aero the Acro-Bat was so forgettable that we can’t even remember the 2003 remake hitting Game Boy Advance.

Details of this circus bat have been buried so well that we even forgot his arch nemesis Edgar Ektor and his sidekick Zero the Kamikaze Squirrel. Apparently, Zero was so popular in his own right that he got a separate home console spin-off. Who knew?

Not exactly forgotten, but with the release of Link’s Awakening on the 3DS eShop we hadn’t realised how much we had missed her. It’s surprising how little the innocent village girl actually featured in the bulk of the game itself.

Appearing at the start of the narrative, she describes her dreams of flying away from her Koholint Island home like a seagull. Then, when unforgettable protagonist Link finally awakens from his game long slumber we see her disappear along with the entire world we’ve just played through.

Link is left clinging to a piece of driftwood in a barren open ocean. It’s a morose yet beautiful ending, made more poignant by the sighting of a single seagull flying above.