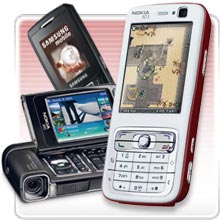 So, 2007, eh? It's been a good year so far. Well, apart from the weather. And England's sporting performances. And TV companies ripping us viewers off so much we're practically nostalgic about the days of Crazy Frog stealth ringtone subscriptions.

Okay, so in some respects it's not been a great year.

But it has been for mobile games! And to prove it, we've rounded up our ten favourite titles from the first half of 2007, representing a snapshot of the best that your mobile has to offer.

We haven't just ranked our reviews in descending score order and picked the top ten, though. Instead, we've considered aspects like how well they've stayed the distance since their original release. Read on for our Top Ten, but feel free to rubbish our list in favour of your own favourites by posting a comment…