The Rumour Mine: iPhone 5 this autumn, Gears of War on Windows Phone 7, and Ghost Recon: Shadow Wars on iPhone

We just received iPad 2 and yet anticipation is already building for iPhone 5. Can't we be happy with what we already have?

To be fair, it's exciting trying to predict just what's around the corner, especially when you consider the innovations that Apple has introduced in the last few years.

Still, there are plenty of other things to get excited about, from new games on iPhone and iPod touch to the rise of competing devices that offer their own take on portable gaming.

Aside from iPhone, iPod touch, and iPad, on what other devices do you play games? Which devices interest you the most?

iPhone 5 not coming out until autumn

Apple has predictably released a new iPhone model every summer for the last four years, which sets up expectations for a fifth model in late June or July. Unfortunately, murmurs about the forthcoming handset point to an autumn launch, not a summer one.

While an announcement at WWDC in June could still happen, the device may not start shipping until September or even early October. The addition of new features and manufacturing needs involved with a different design could be the reason for the late release.

Casting doubt on this assumption, though, is the fact that Apple has consistently announced new hardware within a few weeks of release. If Apple reveals iPhone 5 during WWDC, then it's likely to come out in the summer rather than wait for the fall. If it doesn't make an appearance in June, then an autumn release is assured. 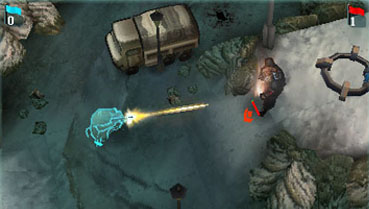 Turn-based tactics game Tom Clancy's Ghost Recon: Shadow Wars has been a highlight of the surprisingly lacklustre Nintendo 3DS launch line-up, but it could light up iPhone and iPod touch soon too.

Ubisoft is porting the well-regarded game to iOS - stripped of its 3D graphics functionality, of course - hoping to catch a few more eyes. It's good news, too, because the game is solid and there's room for good turn-based games on iPhone and iPod touch.

While Mecho Wars, Rogue Planet, Highborn, and others have delivered (Final Fantasy Tactics at some point in the future too), I wouldn't mind playing another tactics title.

Obviously, the question of price weighs heavily on an iPhone release. Expensive 3DS prices won't fly on the App Store, so just how much will Ubisoft charge when Ghost Recon: Shadow Wars hits iPhone and iPod touch later this year? 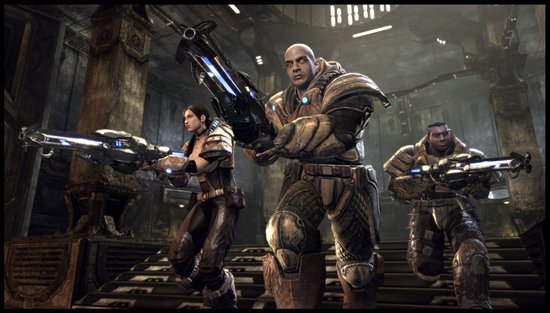 Although few games have been released that use Unreal Engine 3 on iOS and Android, a number of high profile titles are expected by the end of this year.

Furthermore, Unreal Engine 3 could increase the chances of a portable Gears of War or perhaps Unreal Tournament network multiplayer title. What wouldn't be cool about that?