The HTC Vive is a taste of the future, and I want more

I had a taste, now I'm a believer

Every games journalist remembers the moment a game or piece of technology really made their soul sing - the first thrown sword of Nidhogg, the Psycho Mantis battle of Metal Gear Solid, the pulsing gore of Hotline Miami.

With the HTC Vive, it was the barrier and the whale. 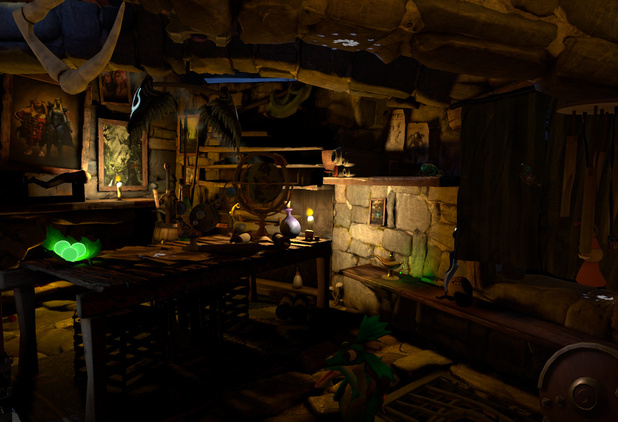 I described last week how the Playstation VR had delivered the first game that truly got me excited for VR, but it's the HTC Vive that has me questioning everything I thought I knew about VR.

After asking me to stand in the centre of a room my demonstrator - Mike - slipped the headset on, followed by headphones.

These blocked out any trace of the real world and instead put me into a different room, made of a brilliant white.

Mike's voice crackled in the headset, explaining that he was about to pass my two controllers that would act as my hands for this 30 minute demo. 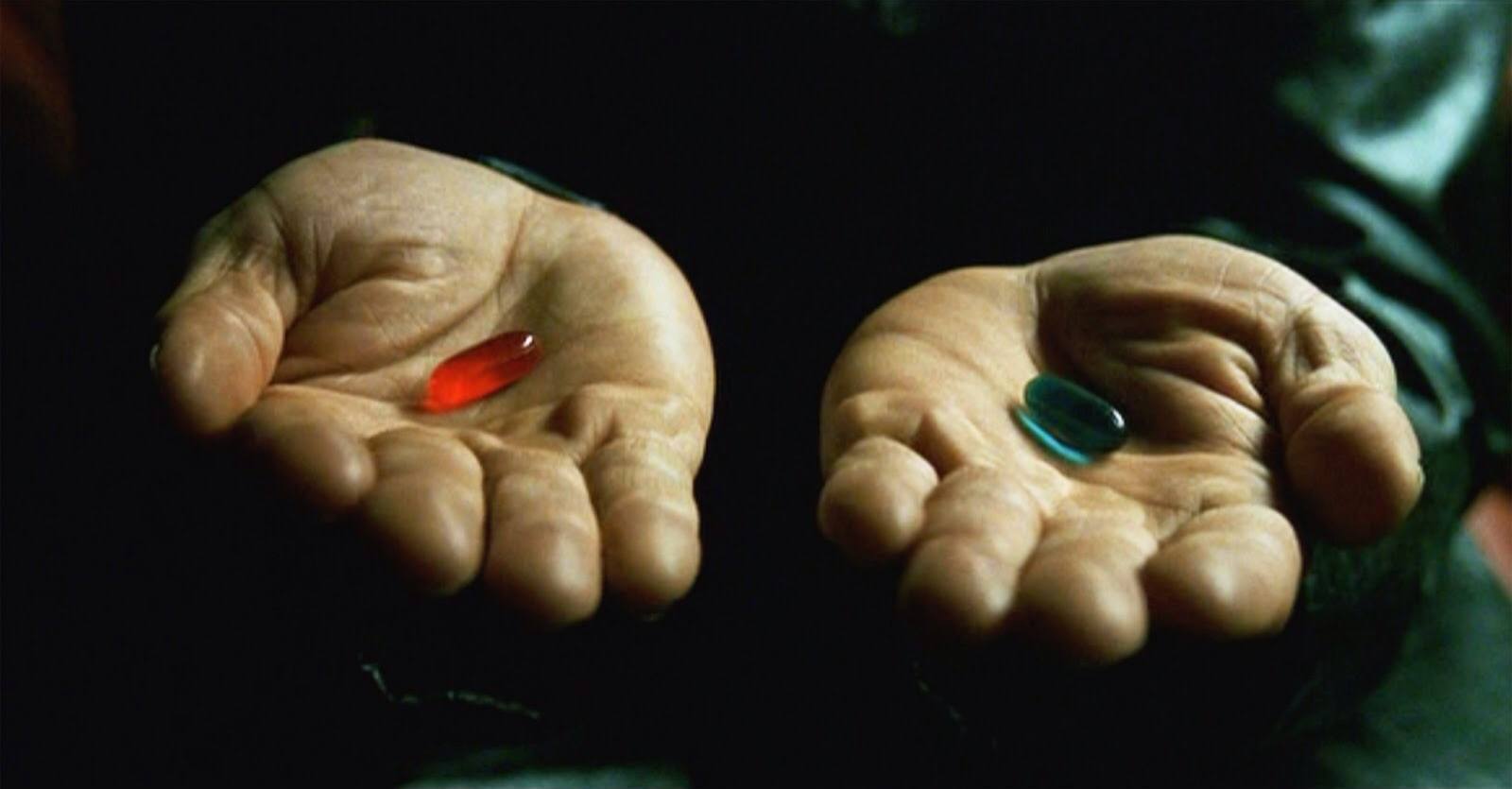 As he brought them into view, I could see them inside the 3D space, and reached out to take them without hesitation.

The controllers are not miles away from Wii remotes, with a touchpad on the front and a trigger at the rear. The trigger closes your 'hand' and the touchpad is used to change options when required.

These controllers felt thinner than the Razer Hydra used by the Oculus Rift, and were immediately comfortable, as was the headset - I'm mostly blind in one eye and can only focus through one at a time, the Vive is the first to immediately show everything comfortably and in focus.

Everything was so clear in fact, that for 20 minutes after the demo I wasn't sure whether or not I was still in the demo, which was disconcerting. 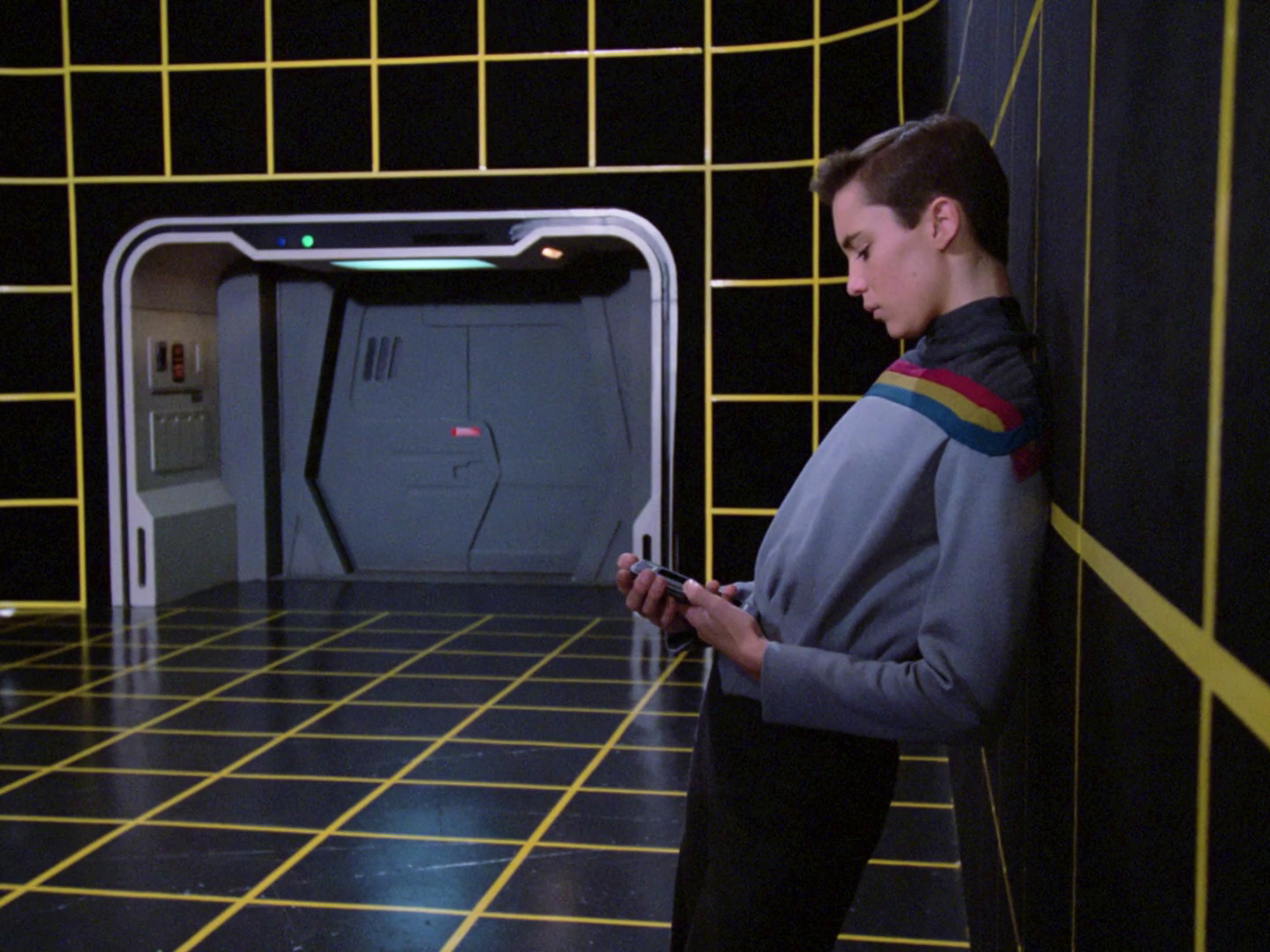 If it feels like I'm describing the minute details a little too much here, it's these little details that tricked my brain into so easily going along with the Vive's song and dance.

I was told my 'hands' could now spawn balloons of different sizes, and after blowing up a few bubbles with my hands, I found I could catch and manipulate them too.

While they had no heft - they were non-existent, after all - I found I could catch them and bounce them into each other.

'Jake' said Mike, directly into my headphones from across the room at the control terminal 'I'm going to shrink you now, and sink you to the bottom of the ocean.' I smirked, acutely aware of the BBC camera crew I'd been told would be filming my voyage. 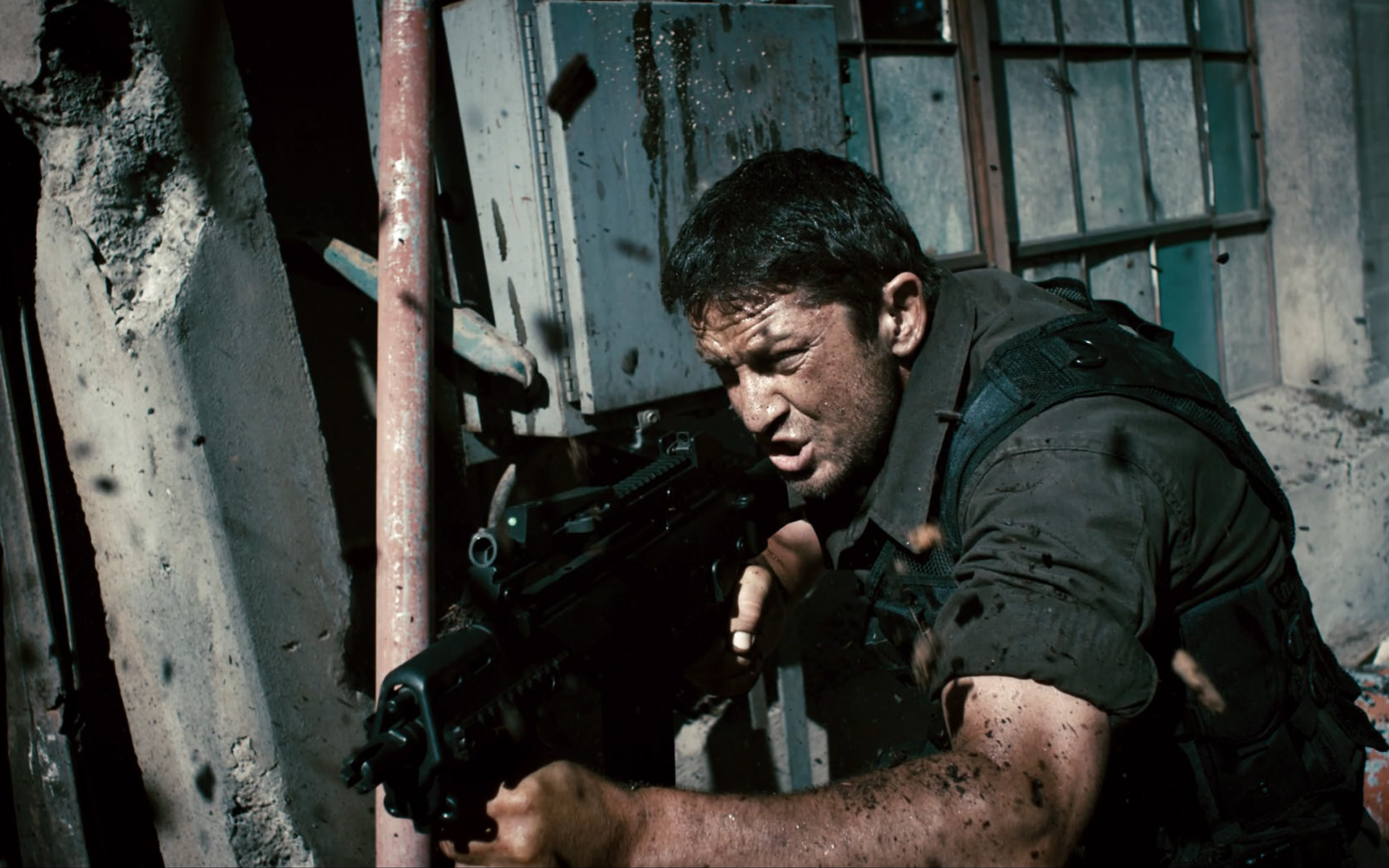 'Feel free to walk around' Mike said in my ear piece, inviting me to explore the sunken ship - 'If you get close to the walls back here, a white mesh will warn you away'.

I never made it to the white mesh. The prow of the ship had rotten wooden barriers at the side to stop people from diving loose into the water. Below that ground fell away for several hundred meters below me, drifting away into the hazy darkness below. 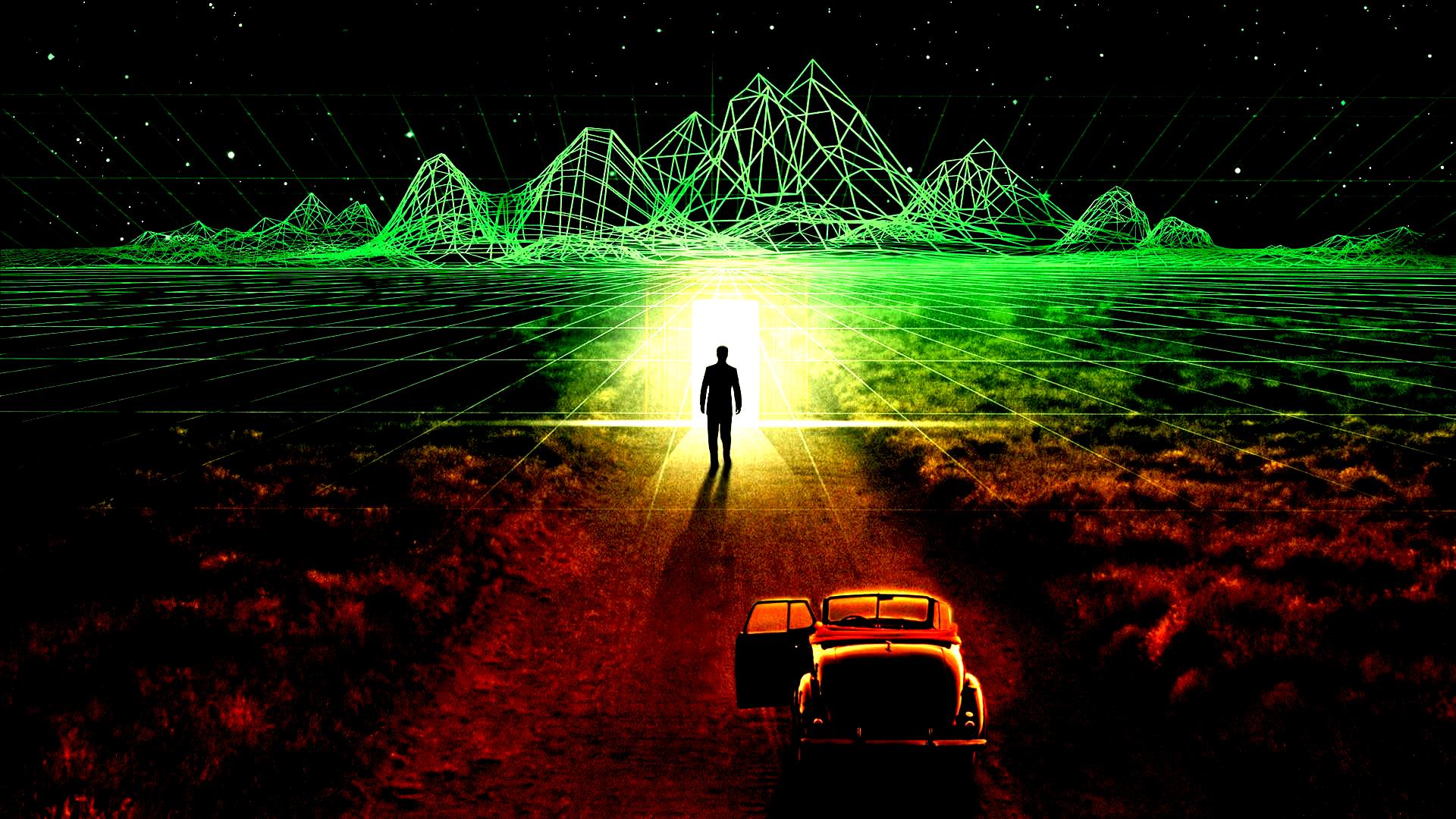 The logical part of my brain wasn't home right now. My brain was holding me hostage and its one demand was that I didn't step over that barrier. I desperately wanted to prove my theory to myself and leap over the barrier, but I couldn't, the drop terrified me.

'You might want to look up' Mike said as I was wrestling with the drop ahead of me. I looked up and directly into the eyes of a gigantic whale not further than half a foot from my head. I hurled myself back into a crouch, and the whale harmlessly continued his journey. 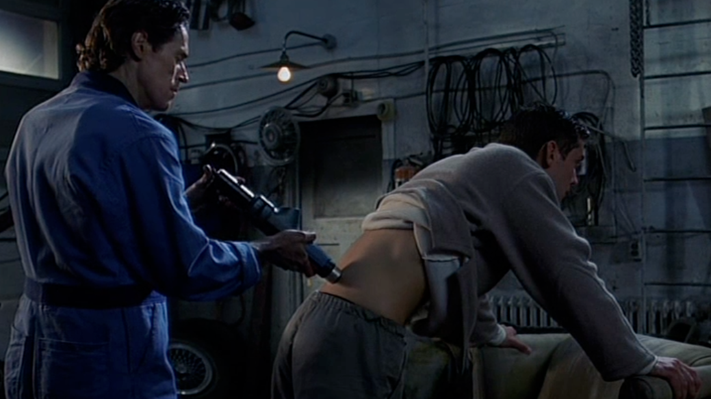 I hoped the BBC crew had stopped filming. I hope Mike hadn't laughed at me. I realised that for the first time, I'd been completely fooled by virtual reality.

The other demos allowed me to do magical things: juggle crafting components, crash planes, - although Mike tells me I was supposed to land them - and paint a burning Bat-symbol into the sky, my own personal protest against copyright law.

As the demos went on, I found myself interacting with the world around me with more gusto - ducking under tables and exploring the environments, but what really stayed with me was the barrier and the whale.

These two moments are when I realised VR was for real - that this technology can do so much more than just games.

In fact, the HTC Vive's selection of 'games' felt like the weakest I'd seen at the show, but my mind was abuzz with the possibilities of the technology: could this be used to socialise? Could this be used for architecture? Science? Virtual classrooms? 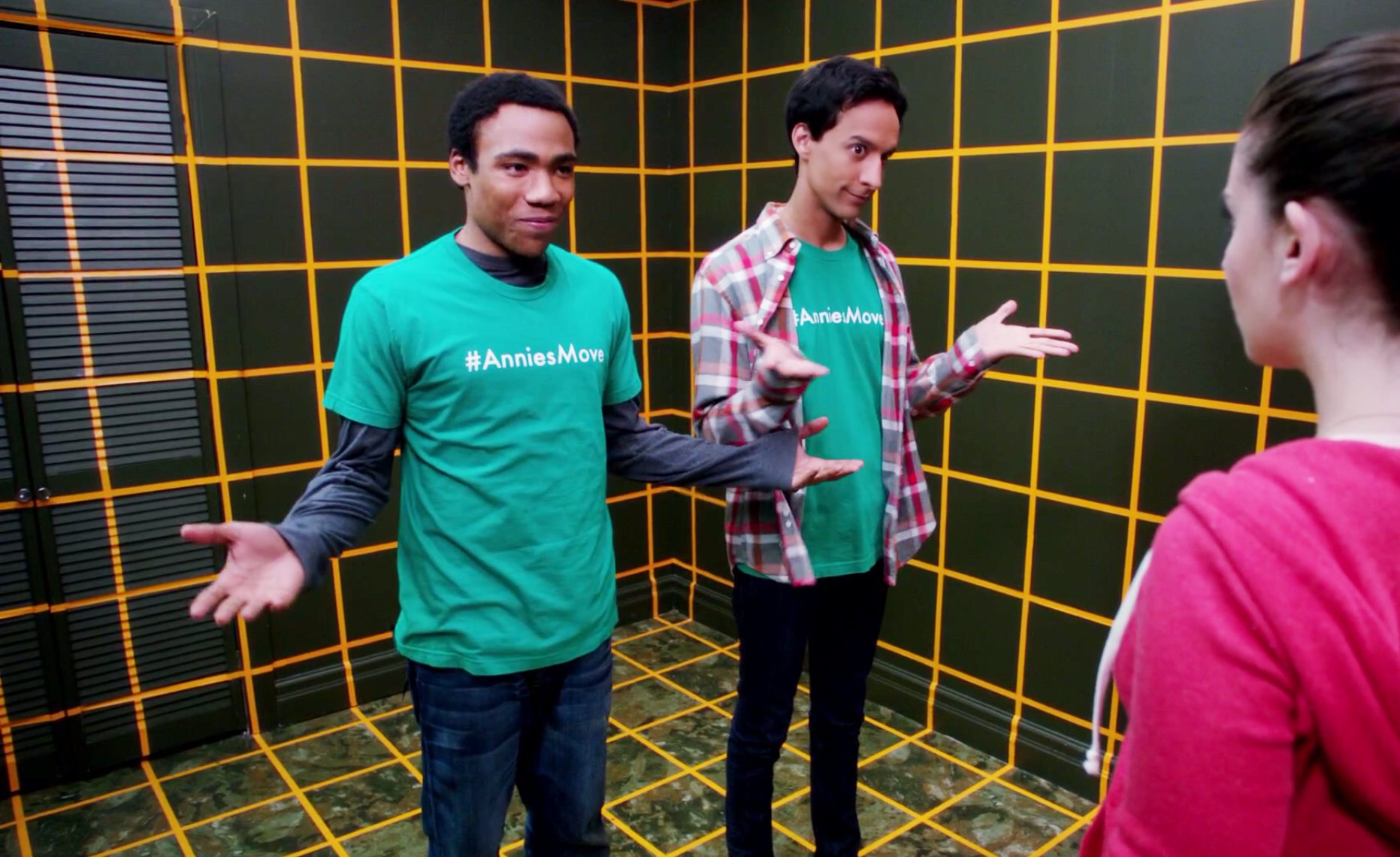 I didn't stop talking about the Vive for the rest of the day. I still haven't stopped talking about it. I've spent two hours trying to sum up quite how the Vive made me feel and how enthusiastic I am to get back to it.

While it's probably going to be the most expensive of the VR headsets and the large space required for the full experience is going to make it prohibitive for many to opt for a full set-up, this will still be popular.

In museums like the National Videogame Arcade and events like PAX, people will be clamouring for a chance to experience a true alternate dimension. The closest we've come so far to The Matrix (without the killer robots) or Star Trek's holodeck (without the space travel).

Welcome to the future.