Ever since Snake crawled onto Nokia phones back in the mid 90s, we've found ourselves obsessing over nano-sized games on our mobiles.

Pocket Gamer has been there for pretty much all of it - watching and reporting on an industry that went from numpads and Java games to touchscreens, app stores, and in-app purchases.

So no one is better placed than us to share with you the 100 greatest mobile games of all time. Which is exactly what we're going to do, as we celebrate our 10th anniversary.

Every few days from now until April we'll count down another 10 games until we crown the best mobile game ever made. You ready? 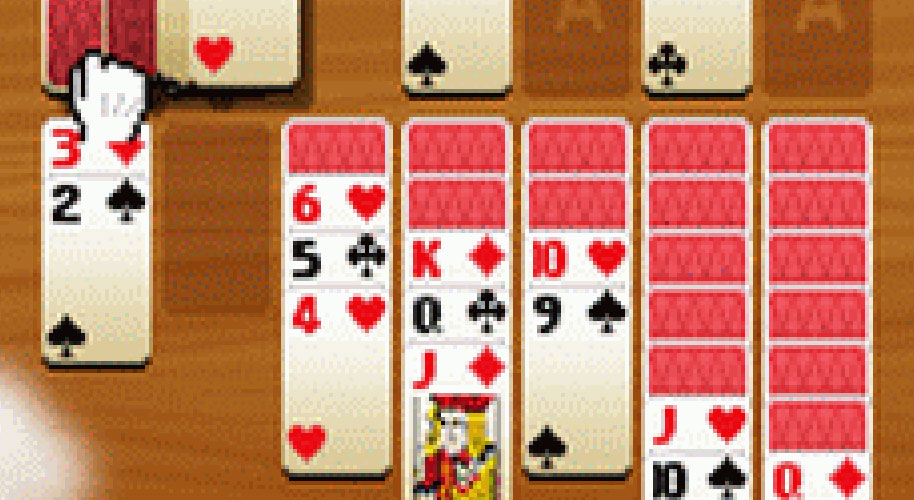 It may be difficult to accept in our modern always-connected world but the concept behind Digital Chocolate’s Cafe series – which saw simple, casual games bolted onto a platform supporting avatar-based, community-driven interaction – caused a bit of a stir back in pre-touchscreen days.

It was a pioneering move that proved a genuine draw for feature phone gamers, offering a huge incentive to keep playing and inviting friends in order to unlock avatar items and build up your in-game ‘cafe’ space.

Oh, and the solitaire part of the mix happened to be one of the best to have made it onto mobile, too. - Joao Diniz Sanches 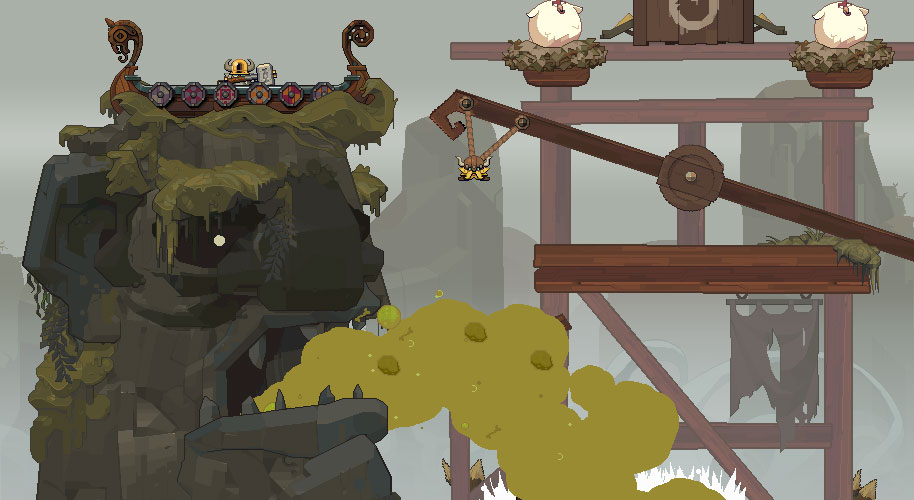 Aside from its Viking theme, you could argue the game’s physics-based gameplay as being a thematic evolution of Angry Birds’, and to date it remains one of the most impressive Rovio Stars releases (even if it's no longer published under the brand).

Exceptional attention to detail, glacier-solid mechanics, sparkling presentation, and a rewarding, engaging challenge crystalise to form one of the finest app store puzzlers. 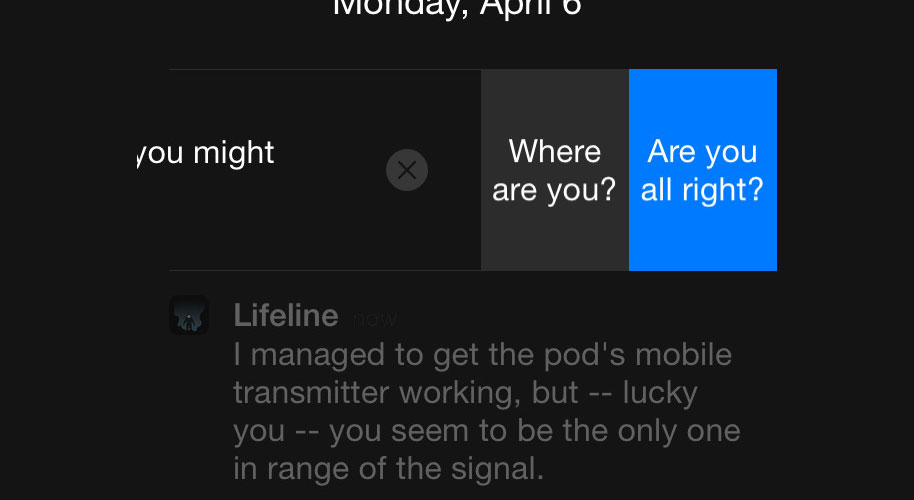 Ever read one of those choose your own adventure novels as a kid? Lifeline is basically one of those except it's played out in real time as a series of texts on your phone.

Without spoiling the fun too much, you receive a transmission from an astronaut who has crash landed on a mysterious planet, and it's up to you to provide emotional support and advice as they strive to learn more around their surroundings and, well, escape.

There's way more to it than that but we'll let you discover itself. Trust us, it's a unique experience totally worth having. - Glen Fox 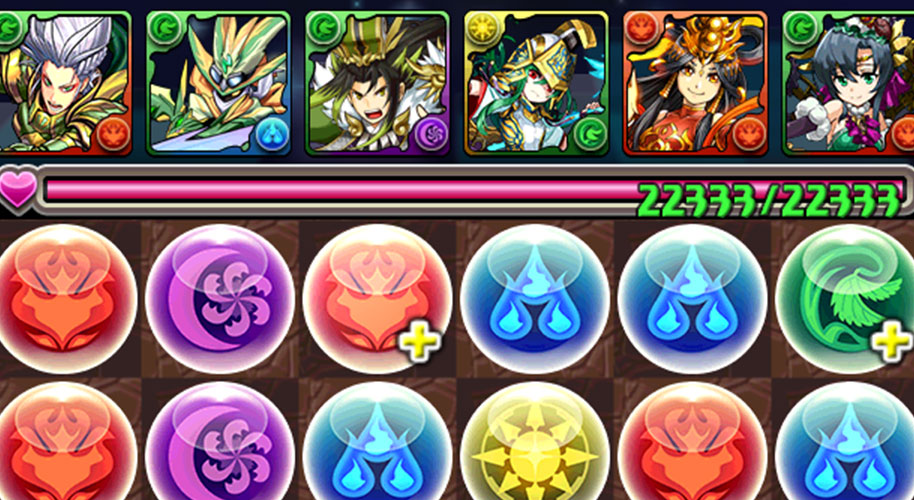 Mashing an old-school dungeon crawler with match-3 puzzling may not sound particularly enticing, but Puzzle & Dragons successfully blends those genres in a very smart way.

Your varied team of monsters must combo-match gems to battle with all manner of ferocious beasts, and reach the end of each dungeon.

Because of its free to play nature, it's very easy to disregard Puzzle & Dragons as a soulless cash-cow, yet its simplicity, style, and substance make for a compelling and often enriching experience. - Ray Willmott 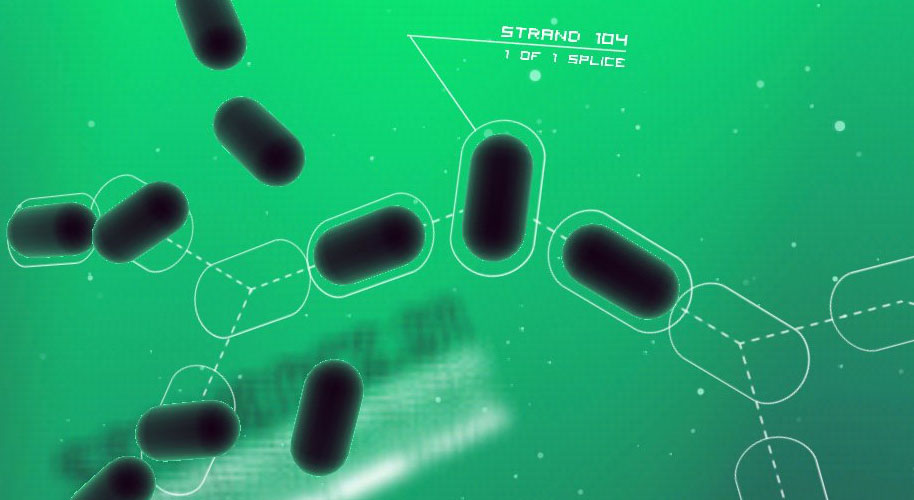 Splice: Tree of Life is a game that needs to be experienced. And not on your own. There's a communal, over the shoulder wonder to the Platinum Award-winner that draws people in.

It's easy to understand, but there's such a joy in figuring out the movements you need to make to complete each sequence that you almost feel churlish keeping it to yourself.

By all means, play it on your own, there's a brilliant puzzler here that needs to be played, but bring a friend along for the ride and you'll find the game opens up like a spring flower. - Harry Slater 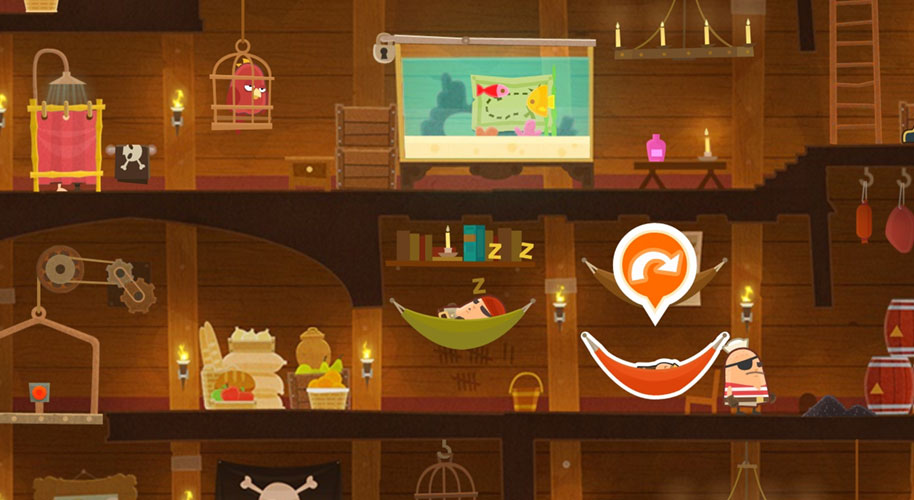 Everyone loves a good point and click adventure. They have great characters and engrossing stories, and moon logic puzzles that ask us to MacGyver our way out of tricky situations.

It's a shame, then, that they've fallen out of popularity over the years.

Tiny Thief gave the genre a kick up the butt, and made it suitable for the smartphone generation. Now the puzzles are split into short levels, there's nary a word to read in the game, and there's no inventory to fiddle and faff with, resulting in a sharply streamlined puzzler. - Mark Brown 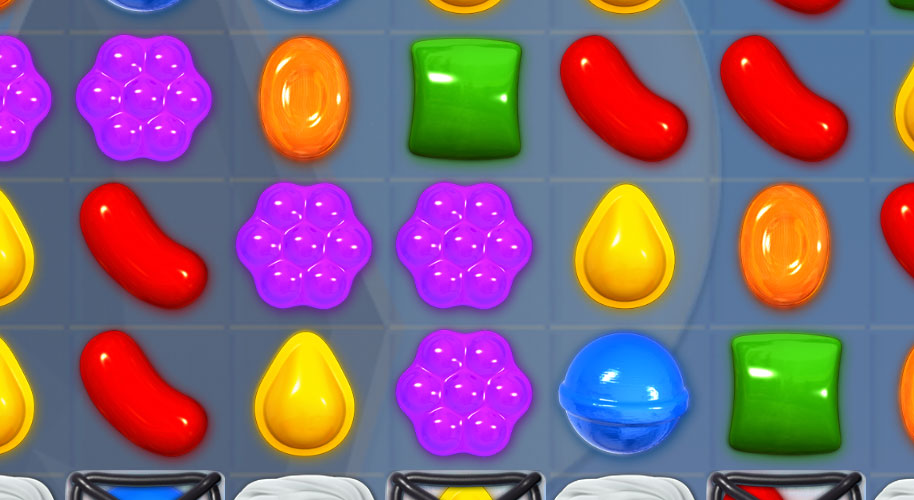 When the inevitable nuclear / zombie / killer-space-mice apocalypse arrives, only three things will remain:

The game's sugar-coated world is instantly recognisable, crammed with all the colour and fizz of a Willy Wonka exhibition. Yes it made King the poster child of gnarly free to play mechanics, but Candy Crush is as addictive as the gummy bears it emulates.

Love it or loathe it, King's saccharine match-three puzzler is a cultural phenomenon that is here to stay. - Alysia Judge 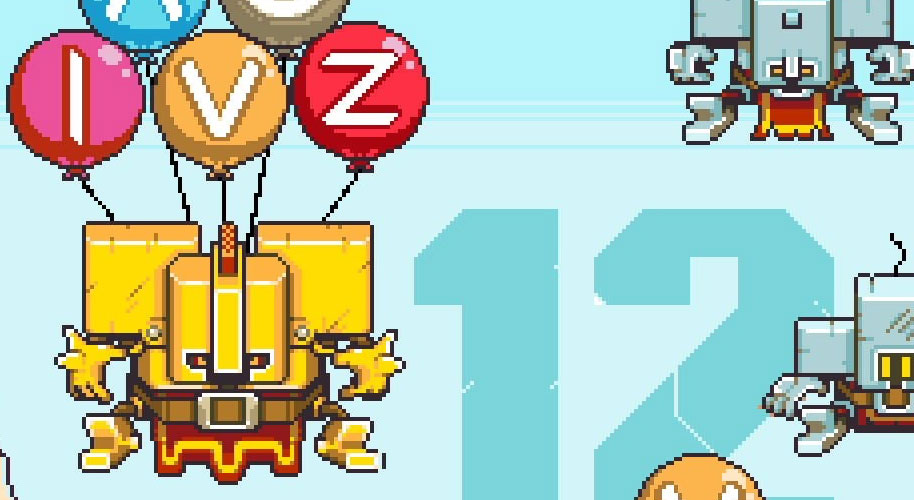 Magic Touch is a game that shows Nitrome on top form, and perfectly encapsulates the way it manages to dissect and rebuild the mobile gaming experience with almost every title it releases.

This one's an action game, but it's an action game perfectly designed for touchscreens. Bubble-borne enemies float down from the top of the screen, and it's up to you to scribble out the right patterns on their transport to send them crashing to the ground.

It's fast, it's frantic, and it shows just how entertaining the genre can be on mobile if it's done right. - Harry Slater 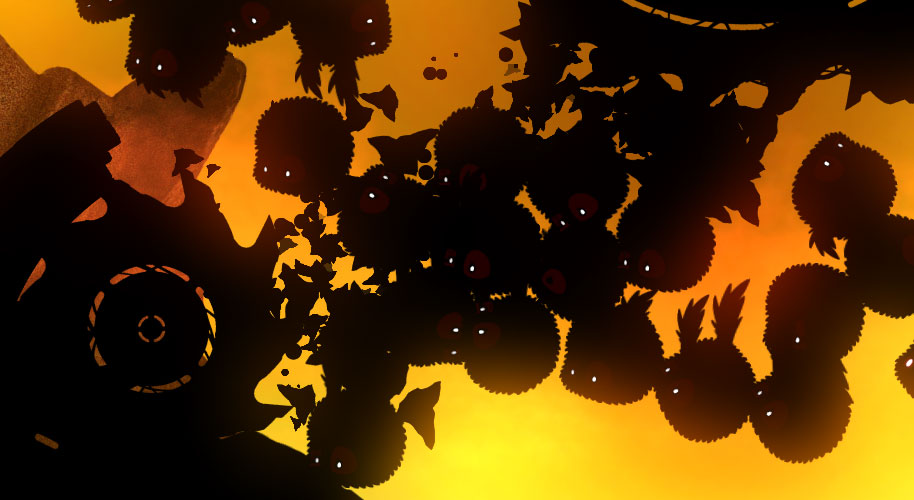 The original Badland made us smile and nod, before wandering off in search of a snack. Badland 2 made us spit out our Twix bars, realising that we'd never before now said "I love you" and meant it.

The sequel to Frogmind's 2013 platformer builds where the original left off, tightening all the cogs for a slicker experience. You're guiding a fuzzy black blob through a series of deadly obstacles using taps to keep it flapping.

Badland 2 is fun, compelling, and so beautiful you'll be playing with your nose as a stylus - anything to get closer to those visuals. - Alysia Judge 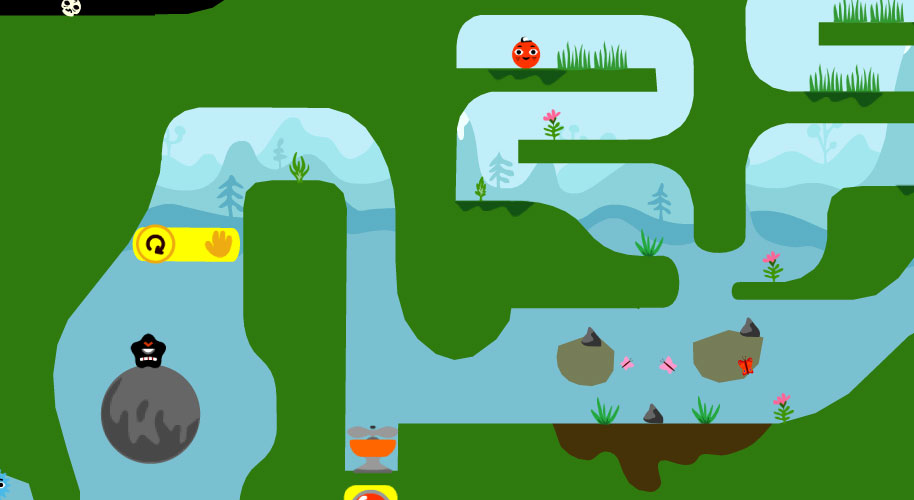 Rolando came out eight years ago. Apart from making me feel quite old, it stands as a reminder of how much things changed since then.

Rolando truly felt like one of the first game designed with iOS devices in mind that wasn't just a good mobile game, but a great game on its own.

Indeed, Rolando's production values were above everything else at that time. The colours were vibrant, the music was charming and all the characters were really darn cute. And it played like a 2D Super Monkey Ball.

Rolando was poised to be iOS' gaming mascot but sadly, and despite a great sequel, publisher Ngmoco killed the franchise. - Clément Renaudin

What's all this, then?
The Pocket Gamer 10th anniversary is a month-long celebration of the last decade of mobile games running March 10th - April 10th and featuring a stream of retrospective articles and fun stuff, supported by our friends at Gram Games, Gamevil, JoyCity, Rovio, and Nordeus. Head over to the PG 10th anniversary homepage for more information.
Next Up :
App Army Assemble: Watcher Chronicles - "Does this 2D souls-like provide a satisfying challenge?"