Stateside: It's time to stop blaming Apple and Google for poor app discovery

Your game's destiny is in your own hands

The complaint I keep hearing from mobile developers is that discovery is a pain.

Getting people to find the content that they're making is an eternal challenge, and the suggestion inevitably comes that Apple and Google need to do something about it.

Well, that's the thing: the major platform holders have shown little effort when it comes to making even basic app discovery a focus, so – in my view – it's time we stopped looking for them to serve up the answers.

It's time developers started working on the answers for themselves.

It's also worth considering that, besides promoting their buddies, Apple and Google have any idea how to improve game discovery anyway. Look at what's happening with the promotion of games that support gamepads. No-one can find them.

If Apple and Google won't – or, perhaps, can't – make discovery of gamepad games easy, then what's to say they would be able to solve the problem of discovering good content on their respective stores?

Consider the recent launch of the first MFi gamepads on iOS from MOGA and Logitech. These are both expensive propositions, requiring a steep $99.99 entry fee to buy a controller that only supports iPhone and iPod touch devices.

The people that buy these gamepads are early adopters - consumers that will have a craving for content to play with these gamepads.

But how are they to find it? Search for terms like 'gamepad', 'controller', and even MFi on the App Store. What do you get? A lot of junk results, and few results for actual games that support them.

Part of it is the lack of solid branding: there's no one specific term that people can search for, no. Pangea Software seems to have been smart, not only making their games compatible but making sure that people who search for 'gamepad' can find their games.

Now, what Apple could do is this: it could launch a subcategory on the App Store that features compatible gamepad, making them far easier to discover. Seems like it wouldn't be that hard. But yet, Apple hasn't done it.

Maybe it will, but – when you consider Google hasn't made any such move on its own store yet – maybe it won't.

Searching for a hero

The irony is, Google has built its empire on the back of search – of enabling users to find content they want from the vast pool of information that is the inernet. Yet, it can't seem to offer the same service on the comparatively small Google Play.

Even more frustrating is the fatc that I've talked to developers who have said that Google could make games discoverable by gamepad support.

Right now, discovering games with gamepad support is either accidental, or through a third-party like MOGA's app and social media efforts. But of course, firms such as MOGA have a vested financial interest in promoting gamepad games that serve their respective products. That's why they do it.

And really, that's the problem: convenience rules, and if gamepads are to gain traction with consumers, it has to be as easy as possible to find compatible content.

We also know what happens when you do make searching for content convenient – consumers jump on boatd. It's why mobile video watching is on the rise. It's why so many games try to make it easy for people to spend money without making them jump through hoops.

Even outside of mobile, the power of making things as convenient for the consumer as possible is why Valve is producing dedicated Steam Machines even though, if gamers wanted, they could already plug their PCs into their TVs.

Success in modern times is about pandering to laziness, to be frank, and that's also the key to app discovery: putting in effort so that customers don't have to.

I owe you nothing

The hard truth, however, is that both iOS and Android are doing fine without Apple and Google making the effort to ensure that relevant and quality content is pushed out to consumers – consumers are downloading more and more apps anyway.

So, it's time for developers to stop moaning about app discovery. Apple and Google don't owe you anything – it was your choice to support their platforms, and so it's your job to make sure that decision was a worthwhile one.

When it comes to discovery, it's time to start bootstrapping.

Find the market inequalities. Learn basic SEO for the stores. Take advantage of new features first, and make a fuss about it! Have a presence on social media. Try to take advantage of new spaces – maybe they won't pan out with new customers, but maybe one notable success will be worth it.

Utilise tools such as online video. Tom Eastman of Trinket Studios claims that featuring in this YouTube video boosted sales more than getting featured in the New York Times. 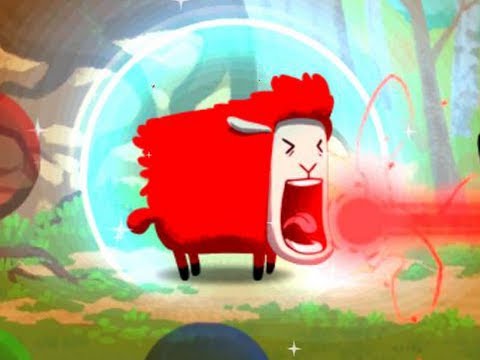 Mobile gaming is unconventional at its core, so start experimenting with finding new ways to get more eyeballs on games. Set aside more time and money if possible for marketing efforts. Indies especially seem to hate marketing whenever I talk to them, but marketing stems from within.

Marketing isn't a dirty, grubby word – it's using creative tools to express why you made your game in the first place and what makes it special. It's a necessary part of the equation.

On the whole, games don't sell themselves, and the platform holders do not owe you a favour. It's your job to turn the tide. Start fighting as hard as possible.

Chicago-based Carter Dotson is a senior writer at 148Apps.com, which was acquired by PocketGamer.biz publisher Steel Media in 2012.
Next Up :
Top Ten Commanders in The Lord of the Rings: Rise to War