Present and accounted for

If you're thinking of wrapping up a PSP this Christmas and chucking it under a suitably decorated evergreen then behold this handy guide to the system, its top accessories, and some must-have games for Sony's console.

The PSP might have fallen out of favour with the hardcore, especially as it's software line-up has dwindled to a trickle in anticipation of the inevitable successor, but it's still one seriously high tech handheld, with a bumper back catalogue of great games and some serious media playing power to boot.

This is the third iteration of the classic PSP shape, and likely the only one you'll be able to snap up off shelves brand new. The chunky original, and the dated 2000 have since been discontinued in favour of the sleek and sexy 3000.

It comes in a few different colours and is about £135 new. It also has a built-in microphone, and can do video-out with a cable sold separately.

We found it for £129.99 at Amazon, but if you want to really pinch the pennies you could grab a bundle and sell the unwanted games on eBay to get some of your cash back. 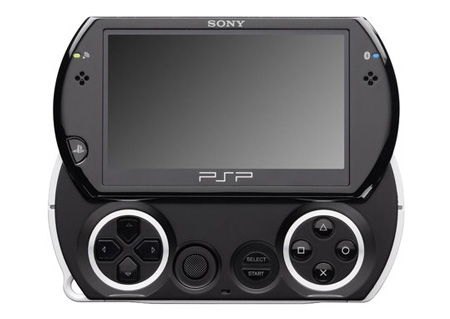 Sony's download-only experiment might look sexy, sliding into a smartphone-style Transformer when you don't need the buttons, but with no UMD slot for physical media you're left to the mercy of the PlayStation Store when it comes to game pricing.

Unlike retail games, which you can get cheap in store deals, off eBay, or second hand from a friend, the only way to get games on the go is through the console’s built-in store.

Often, the games will be more expensive digitally than from a shop - especially egregious considering you don't get a box or manual, and you can't sell it on.

At the time of writing, for example, racer Split/Second and footy sim Pro Evolution Soccer 2011 are both £23.99 on the store, but can be picked up, brand new, for about £18 on disc. We say skip the PSPgo and head for the 3000 instead.

But if your heart’s set on the PSPgo, you will get ten free games as soon as you download a free theme from the in-game shop. We saw it for £149.99 on Play.com.

Once you’ve decided on your console, you can kit out your new gizmo or throw in some stocking fillers with these neat add-ons and peripherals for the PSP.

If you've got the 3000 you'll need a Memory Stick Pro Duo for save games, and will want a big one to fit extra PSP Minis (small, iPhone-app style games), classic PS1 games, downloadable content (like new maps, costumes and levels), and full PSP games.

Minis, as the name suggests, are tiny: never more than 100MB. You'll be able to fit loads of them on the smallest of sticks. PS1 games aren't too intensive, either: most are about 200 to 500MB, but the Final Fantasy games can be almost 2GB. Full PSP games are the killer: they can often top 2GB.

Luckily, the sticks are pretty cheap these days: £10 gets you 4GB of space. For 16GB you're looking at about £40. That's maths. For PS1 games, Minis, and downloadable content, 4GB will be absolutely ample.

Got a PSPgo? Sorry, you’ll need a Memory Stick Micro M2 card. Annoying, we know, but luckily these pint-size cards are cheap: Amazon sells an 8GB stick - enough for a handful of PSP games - for £10. Plus, you probably won’t fill up the PSPgo’s 16GB hard drive in a hurry, anyway.

The PSP camera is a great add-on for kids. It lets you play EyePet and Invizimals - the cherubic monkey-like EyePet and the funky Pokemon-style battles of Invizimals actually take place in your living room.

You’ll get a nifty screw-on camera in the box, and a flexible plastic card which the camera needs to look at to figure out proportions, angle, and distance. It’s a fun new way for children to play, and quite cheap too: you can get a camera and a game in a bundle for £30. But remember: it’s not available on PSPgo.

You can top up your digital wallet with a debit card, but these are great gifts, or an easy way to give your kid some spending money without handing over the keys to your credit card.

They come in £20 and £50 cards and cost you, would you believe it, £20 and £50. The money can be spent on small downloadable games like Pixeljunk Monsters, PSP Minis like Fieldrunners, downloadable content for games like LittleBigPlanet, PS1 classics like Crash Bandicoot, and full PSP games.

The PSP has a great catalogue of must-have games. There are handheld versions of full PS2 titles, portable editions in famous Sony franchises, old classics reimagined and some kooky exclusives. Here are four of the best.

Top-down mayhem set in GTA 4’s Liberty City, Chinatown Wars is an explosive remedy for the console game’s stuffy sobriety. Forget about sorrowful eastern Europeans and bowling with your cousin: this one’s about fast cars, big guns, and huge explosions. Rated 18, £8.89 at Amazon.

God of War: Ghost of Sparta

Gory Spartan carnage, as the eponymous Deity o’ Conflict rips through the pages of Greek mythology with a blood-drenched blade. One of the most drop dead gorgeous games on the device, and ferociously fun, too. Rated 18, £19.99 at GameStation.

Pon, pon, pata-pon! A quirky Japanese-style rhythm-strategy-hybrid that has you directing an army of squat cyclopses into battle by pounding out commands on a massive tribal drum.

Not for the rhythmically challenged, this dazzlingly tough game is only for gamers schooled both in the arts of tactics and tempo alike. Rated 7+, £8.85 at ShopTo.

Cute and cuddly puzzle solving physics set in a topsy-turvy world of goo, flowers, and unintentional racism. LocoRoco 2 is sweet as sugar, but sides with Japanese-chic rather than playground primaries. It’s all about navigating your blobby pal through whimsical stages, while avoiding enemies and finding treasure. Rated 3+, £11.99 at Play.com.