For gamers, the launch was a bit of a dud. The choices were essentially a dodgy port of Ms. Pac-Man, a crummy Super Monkey Ball spin-off, and crazy expensive (at least by today's standards) remakes of Tetris and Bejeweled 2.

But it would turn out to be an inauspicious launch for one of the biggest gaming outlets on the planet. In the last half decade the App Store has grown into a superstore, giving rise to new titles, genres, attitudes, and trends.

To celebrate this anniversary, the Pocket Gamer staff have voted for their favourite games from the App Store. Over the next few days, we'll reveal our Top 50 best iOS games of the last five years.

Dodonpachi Resurrection
By Cave - buy on iPhone or buy on iPad 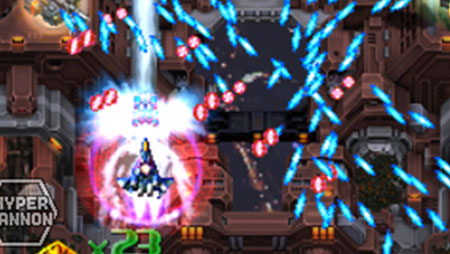 Dodonpachi manages it anyway, and introduces a terrific new mechanic that has you swinging back and forth between offence and defence like a champion boxer. - Mark Brown Blueprint 3D
By FDG Entertainment - buy on iPhone or buy on iPad 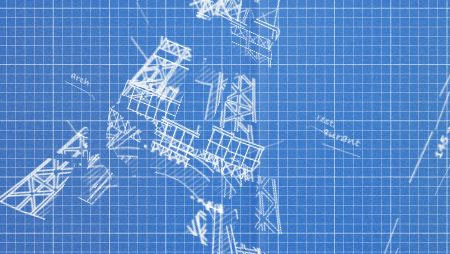 If you didn't know any better, you'd be forgiven for thinking Blueprint 3D is a first-party iOS game. Skeuomorphism? Check. Rubber banding effects? Tick. Exercise in simplicity? Yes. If Apple made spatial-reasoning puzzlers, they'd probably look like Blueprint 3D. Rotate the 'exploded' schema through simple swipes until the desired object crystallises before your very eyes. Simple and serene. - Richard Brown Where's My Water?
By Disney - buy on iPhone and iPad 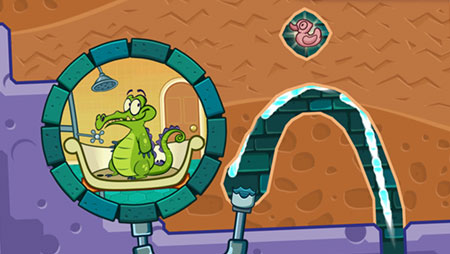 Where's My Water? is a good idea. You dig through dirt with your finger to reroute sloshing great puddles of suds to a showering alligator.

And then Disney had about a thousand more good ideas, constantly twisting and spinning that core concept with things like fire, ice, moss, balloons, and land mines.

There's even more imagination in the Perry and Mickey follow-ups. - Mark Brown Civilization Revolution
By 2K Games - buy on iPhone or buy on iPad 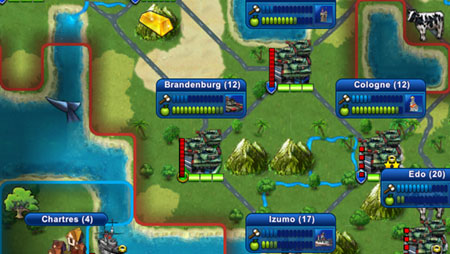 2K told us that an iOS port of Civilization V could be on the cards - but this will do nicely for now.

In this global-scale strategy epic you'll lead your nation through the ages - from mud hut to space ship - as you vie for world domination.

Or a technological win. Or a cultural victory. It's entirely up to you. - Mark Brown XCOM: Enemy Unknown
By 2K Games - buy on iPhone and iPad 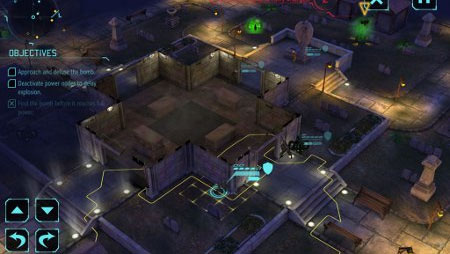 On the battlefield, XCOM operates on a very small scale. In these turn-based firefights you'll guide a tiny squad of soldiers to nuke a handful of alien nasties.

But back at base, Enemy Unknown's focus goes global, as you do diplomacy with China and Mexico.

Whatever the case, it's engrossing, challenging, and uncompromisingly difficult. - Mark Brown Virtual Pool
By Celeris - buy on iPhone or buy on iPad 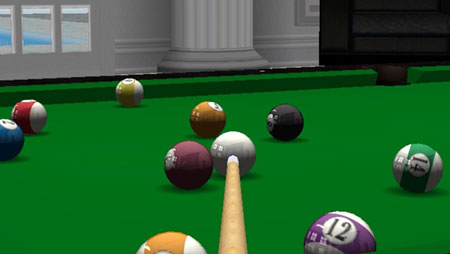 There are lots of pool games on the App Store that use gimmicks to win your custom.

Virtual Pool is not like those games, and that's why you should buy it. - Rob Hearn Mirror's Edge
By Electronic Arts - buy on iPhone or buy on iPad 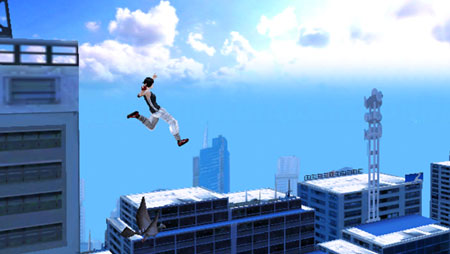 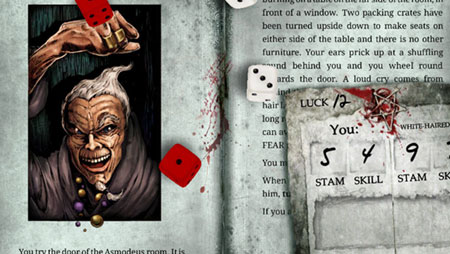 Fighting Fantasy novels are interactive works of fiction that allow you to carve your own path through the narrative.

In House of Hell, you assume the role of luckless traveller who's forced to seek refuge from a downpour in a terrifying mansion. Your aim is to explore your temporary home, overcome the beasts that lurk within it, and – ultimately – survive the night. - Anthony Usher Year Walk
By Simogo - buy on iPhone and iPad 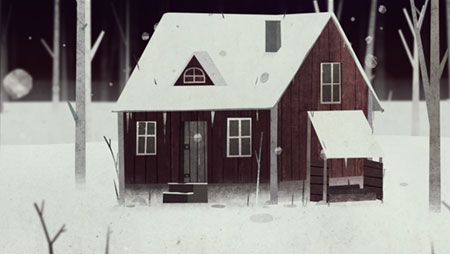 Swedish indie studio Simogo has quickly become one of the App Store's defining developers. No game proves that better than Year Walk - a haunting and enigmatic adventure, that simply refuses to let you go until its story is over.

It weaves cryptic puzzles with Scandiavian lore, before breaking the confines of its own app for a truly unforgettable epilogue. - Mark Brown Warhammer Quest
By Rodeo Games - buy on iPhone and iPad 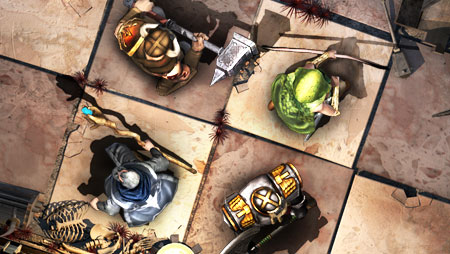 For a game about dank dungeons and gurning trolls, Warhammer Quest is surprisingly pretty.

This fun and past-paced boardgame re-imagining has outstanding production values, which makes it even more fun to see what gruesome sights are hidden around the next, randomly generated, corner. 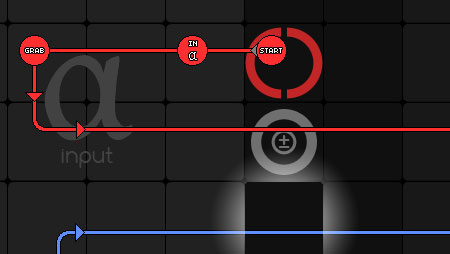 The best thing about a SpaceChem solution, is that it's unique to you. When you finally untangle the problem, and make a monstrous machine that strips oxygen from water and melds those molecules with helium, you know that no one else solved the puzzle quite like you did.

Like programming, there are a hundred right answers - but the most concise code will always win. - Mark Brown Sneezies
By Retro Dreamer - buy on iPhone 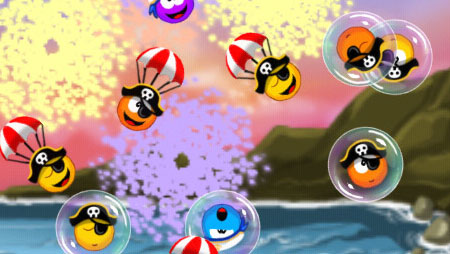 One of the original twitch games, Sneezies is the undisputed best use of your eyeballs if you can't stand being left alone with your thoughts for an idle moment in a waiting room.

Cute characters, ambient music, and adorable sneeze sound effects make this a game you'll come back to for a smile. - Matthew Diener Plants vs. Zombies
By PopCap - buy on iPhone or buy on iPad 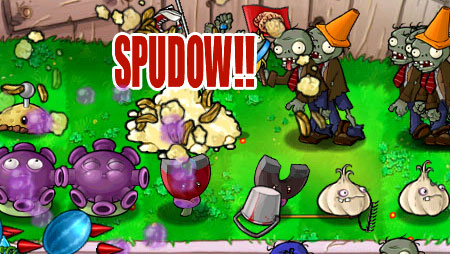 Your aim in tower-defence title Plants vs. Zombies is to defeat relentless waves of the undead as they shuffle up your front-yard and attempt to enter your house.

You do this using a wide variety of land- and water-based plants. Some plants shoot damaging peas and other projectiles, while others act as impenetrable walls. There are even explosive plants that take out large numbers of enemies at once. - Anthony Usher Infinity Blade
By Chair Entertainment - buy on iPhone and iPad 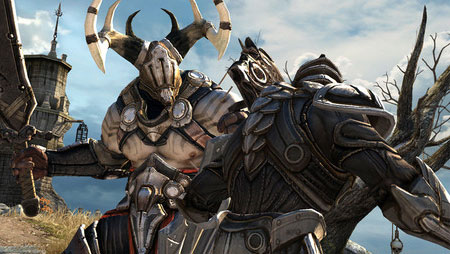 Infinity Blade and its equally accomplished sequel remain two of the best examples of how to provide a console-like experience on iOS.

With Unreal Engine supplying the kind of visual fireworks we're more used to seeing on our Xbox 360s, Chair has gone with a finely honed swipe-based combat system that's all mobile. - Jon Mundy Need for Speed: Most Wanted
By Electronic Arts - buy on iPhone and iPad 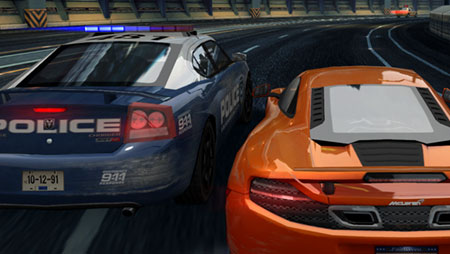 It's no longer surprising to see a graphically gorgeous game running on a mobile phone, but we were still taken aback when we saw Need for Speed: Most Wanted burn up on an iPhone.

It comes complete with detailed motors, top-notch lightning, and special effects - and is a terrific fun, and scrappy little racer to boot. - Mark Brown Murder Files
By Relentless Software - buy on iPhone and iPad 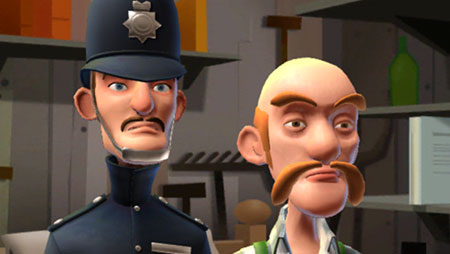 A quaint English village named Little Riddle has - in true Midsomer Murders fashion - been rocked by a series of grizzly murders.

You, a Poirot-style super sleuth, must question the village's colorful inhabitants and solve increasingly difficult puzzles in order to find out whodunnit. - Anthony Usher MiniSquadron
By supermono limited - buy on iPhone 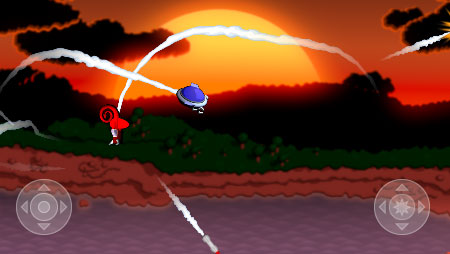 Or, to give it its full title, The Criminally Ignored MiniSquadron. Supermono created a delightful arena blaster here, but what's most gratifying is the game's surprisingly nuanced fight physics system.

It forces you to consider gravity, momentum and altitude as you engage in dozens of teeny-tiny dogfights. - Jon Mundy Lili
By BitMonster - buy on iPhone and iPad 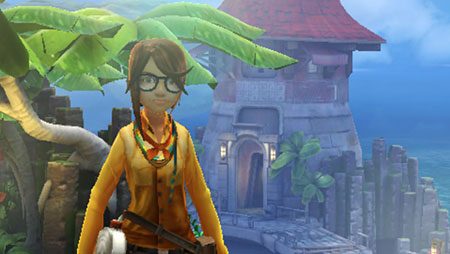 Even today, Lili looks gorgeous. Those colourful, bouncy, Pixar-like graphics help conjure up a magical island that begs to be explored, and a cast of friendly characters you won't soon forget.

The actual game might be slight and inconsequential, but it's relaxing and refreshingly free from traditional combat. - Mark Brown Jetpack Joyride
By Halfbrick Studios - download free on iPhone and iPad 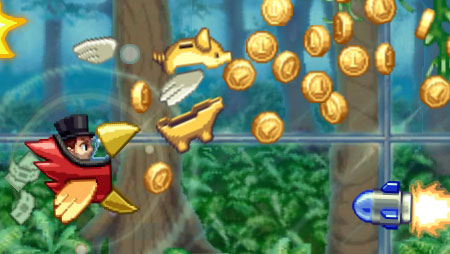 Halfbrick's endless-runner is deeply ingrained in iOS gaming culture. But while such heavy exposure can sour one's relationship with a game, we still find ourselves dipping back into Jetpack Joyride from time to time.

It must be something to do with that novel hover-attack control mechanic, that perfectly pitched reward system, and that unmatched just-one-more-go factor. - Jon Mundy Motor World: Car Factory
By Oh BiBi socialtainment - download free on iPhone and iPad 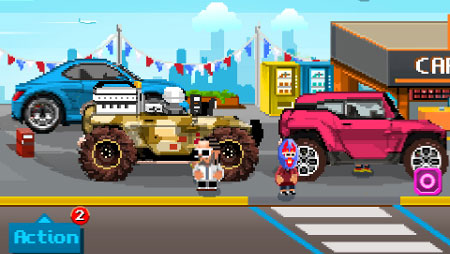 What happens when you combine the deliberate (and endearing) schlock of Deadly Premonition, with the compulsive collection of a freemium-builder, and then ask the car-obsessed, retro pop culture-inspired French madman behind the Asphalt series to put the whole thing together?

Motor World: Car Factory, that's what. - Peter Willington Entries for 30 to 11 are coming tomorrow
Next Up :
How to install an emulator on iOS