Five years ago today, the App Store opened its virtual doors to the public.

In the intervening half decade, Apple's dusty little shop has grown into a video game mega-mart, filled with innovative and original apps.

Today, we finish our countdown of the Pocket Gamer team's favourite games from the App Store's history, with the Top 10 titans of iTunes.

These are the games that surprised us, impressed us, engrossed us, and beguiled us. Games that show off just how great the App Store can be.

Don't forget to check out 148Apps's exhaustive coverage, see AppSpy's favourite games and make sure you vote for your favourite games, on the Best App Ever Facebook page.

Super Hexagon
By Terry Cavanagh - buy on iPhone and iPad 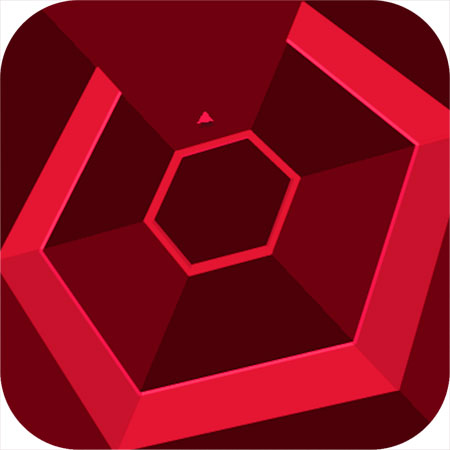 Few games will have you pumping your fist one second and throwing your iPhone into a lake the next like airtight arcade timesink Super Hexagon.

All you have to do is orbit around a hexagon to avoid falling blocks.

Now do this while the screen jumps and morphs, the pace changes erratically, and high-tempo chiptune beats bombard your ear 'oles. - Mark Brown 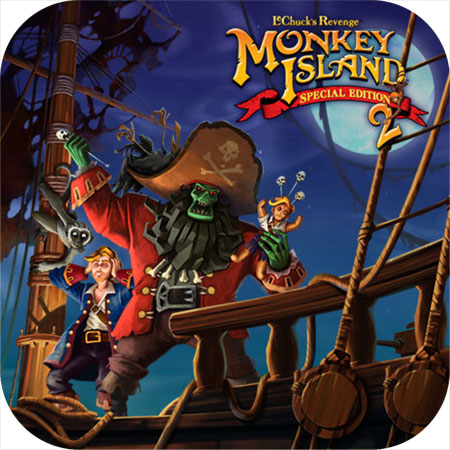 The name Guybrush Threepwood has two origins. Guybrush is the file name given to the embryonic software sprite back in 1990 ('guy.brush'), and Threepwood comes from P. G. Wodehouse's Blandings comic novels. His name is the essence of the Monkey Island games - lyrical, silly, literary, and utterly nerdy.

1991's Monkey Island 2: LeChuck's Revenge is arguably the best in the series, and this sympathetically redrawn – and fully-voiced - remake brings it back to life. Thankfully, puritans can restore the game to its original pixelly glory whenever they like by swiping two fingers across the screen.

LeChuck's Revenge is a sprawling, charming, funny, occasionally infuriating, and virtually perfect slice of adventure game history. If you've never played it, you are incomplete as a person. - Rob Hearn

Waking Mars
By Tiger Style - buy on iPhone and iPad 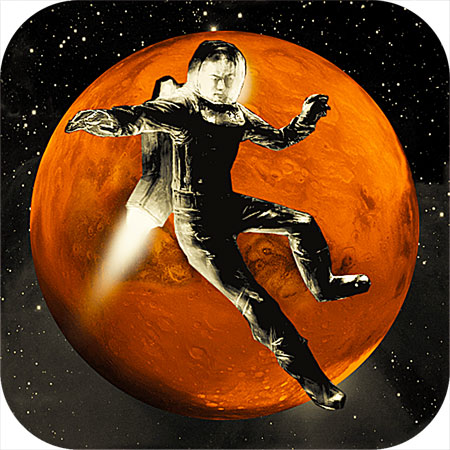 If you've ever been to Mars in a video game before, you've probably gone there as a space marine. Or a super soldier. Not in Waking Mars, though. Here you're an astrobiologist: more interested in preserving the planet's life than shooting the crap out of it.

The idea is use your scientific knowledge of Martian flora and fauna to create self-sufficient ecosystems, which help breed hundreds of new plants and animals. These are elegant and organic puzzles, and reward experimentation.

Indie hit Waking Mars also has an eery atmosphere, stellar music, and a captivating story about and the hunt for intelligent life. - Mark Brown 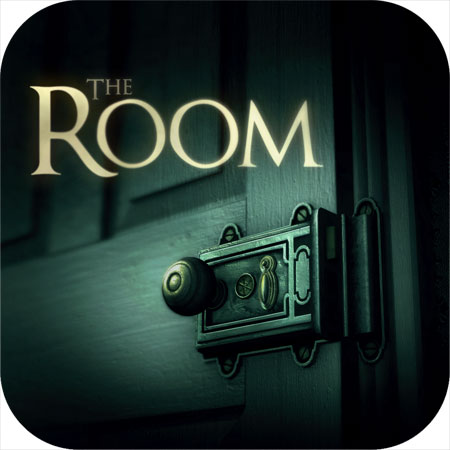 Few games on this list are as atmospheric, as engrossing, or as worthy of the title ‘unputdownable' as The Room. It's one of those games that just fits on iPad (and, to a lesser extent, iPhone), and we can say with confidence that it would be a lesser experience on any console or PC.

Fireproof Games's densely layered puzzler-cum-adventure does away with troublesome legacy components such as free movement and combat.

Instead, it hones in on several of the most intricate, imaginative, and brain-tickling clockwork conundrums you'll ever face on a touchscreen. A true iOS showcase. - Jon Mundy

Joe Danger
By Hello Games - buy on iPhone and iPad 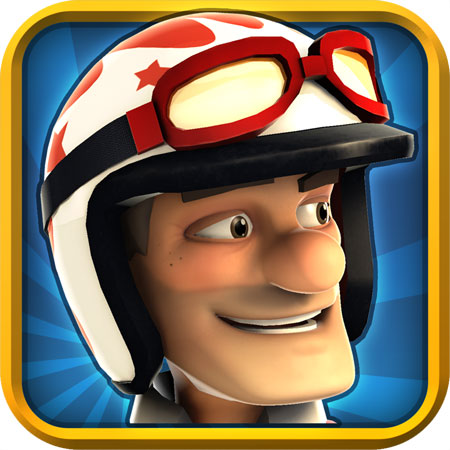 Earlier this year, Hello Games showed the rest of the developer community how to successfully bring a console franchise to the iPhone and iPad when it released a version of PSN title Joe Danger on the App Store.

Your aim in this colourful racer is pretty simple: ride your bike from one side of a level to the other, collecting stars and other pick-ups along the way.

Naturally, this isn't as easy as it sounds. Levels are filled with barriers, spikes, pools of water, and other hazards and obstacles. which must be tapped, leaped over, and generally avoided. - Anthony Usher 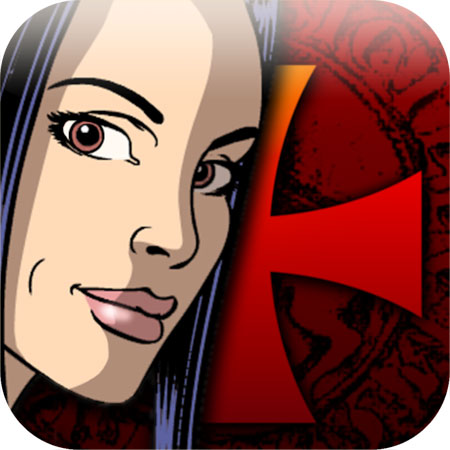 Broken Sword: Director's Cut is a revamped re-release of Revolution Software's 1996 point-and-click classic Broken Sword: The Shadow of the Templars.

This adventure title follows American tourist George Stobbart and French journalist Nicole Collard as they travel around the world solving mysteries, thwarting terrorist attacks, and uncovering the secrets of the Knights Templar.

Broken Sword: Director's Cut features updated visuals, a new hint system, and – among other things – a brand-new section of narrative that sees you take control of Collard. - Anthony Usher 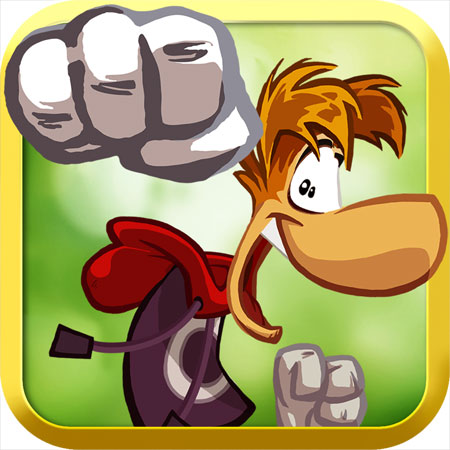 Pasta Games did it. It figured out how to make a platformer work on a phone. By taking the auto-run urgency of Canabalt, and splitting it into short and succinct levels, it ended up with a bouncy, elasticated bundle of joy that plays oh-so perfectly on a touchscreen

And there's something quite sweet about the fact that Rayman - Ubisoft's much-maligned limbless hero - has finally found a home where he can be the star of the show. Screw you Sonic. Beat it Mario. The App Store belongs to Rayman. - Mark Brown

The Walking Dead
By Telltale - download free on iPhone and iPad 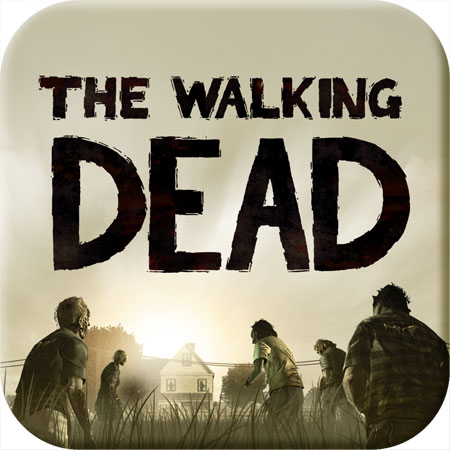 Don't expect puzzles. As a point-and-click adventure The Walking Dead is virtually frictionless – by which we mean easy. That's because Telltale Games doesn't want to distract you from the elegiac story and the part that you play in it.

You are Lee, a zombie holocaust survivor protecting a stranded girl called Clementine from zombies while attempting to negotiate the psychosocial battlefield of post-civilisation Georgia.

You do this via a succession of harrowing would-you-rathers – save this guy or that guy, give food to your buddy or the person who needs it most, give Duck a high five or leave him hanging.

Then you have to live with consequences of your split-second decisions. Sometimes these are practical, but more often they're emotional, and you navigate Telltale's rusty little world under a pall of anxiety, guilt, and heart-rending sorrow. Unmissable fun!. - Rob Hearn 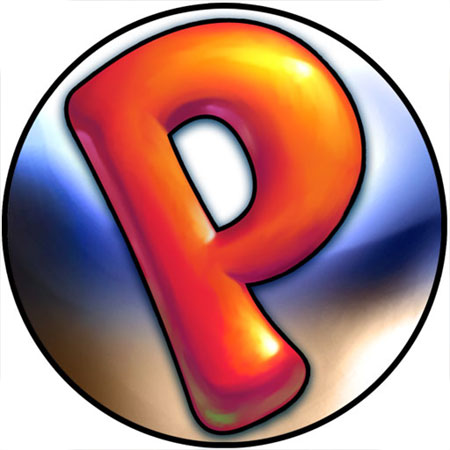 Peggle is the champion of "small input, huge reward". You can mindlessly fire off a ball bearing in this digital pachinko machine and be rewarded with rainbows, explosions, scores in the multi-millions, and a blaring, speaker-shattering rendition of Ode to Joy.

It's not surprising, then, that studies have shown that Peggle can ease depression. Then again, so can MDMA.

Peggle, thankfully, is an obsession that won't leave you vomiting your guts up in a pub toilet. Plus, it has a unicorn in it. - Mark Brown

Ridiculous Fishing
By Vlambeer - buy on iPhone and iPad

What trend has defined the five year rise of the App Store? Maybe it's endless-runners, or physics-puzzlers, or the perilous downward spiral towards free to play.

Or maybe it's clones, as the low barriers of the App Store make it easy to get away with plagiarism.

If so, Ridiculous Fishing is the triumphant feel-good happy ending to that trend. The game that was so damn good it blows its pitiful clone right out of the water.

Why's it so good? Maybe it's the delicious feedback loop (catch fish, shoot fish, buy new shotgun), or the perfectly tuned pacing, or the artsy angular graphics, or the bonkers pre-launch ARG, or the addictive hunt for the secret fish.

Maybe it's all those things, put together and stuffed into one little app that makes Ridiculous Fishing the best game on the App Store. - Mark Brown