Year of the 'droid

It's true - we won't look back on 2012 as the year in which Android gaming achieved platform parity with iOS. But we may well look on it as the tipping point towards that goal.

Make no mistake, the gap - which has been closing for years - shrunk more in 2012 than in any other year.

So download the following 10 games onto any half-decent Android phone and we guarantee you won't be feeling particularly social this festive period. 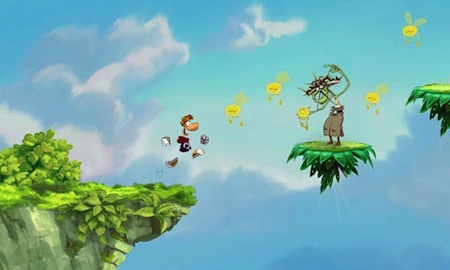 Rayman Jungle Run is one of the most widely loved games among the Pocket Gamer team. It gives you a beautifully detailed and challenging 2D platformer, but with controls that don't completely suck.

The key to this is the removal of any ghastly virtual joystick nonsense, and the clever employment of a single jump button. Rayman runs from left to right - it's up to you to jump, hover and wall-bounce at the appropriate points.

Draw Something
by OMGPOP - buy on Android 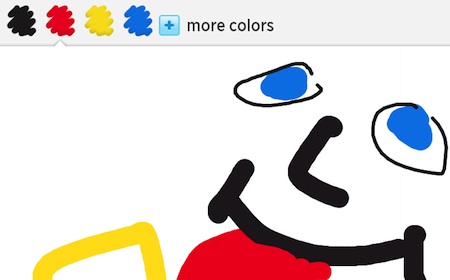 Don't pretend you haven't been playing it. Draw Something became such a cross-over hit with non-gamers earlier in the year that it almost became a kind of guilty pleasure for dedicated gamers.

It's alright, you can come out now. We're all friends here. We gave Draw Something a Gold Award, you know, and we stand by it. This beautifully simple game of online charades has you exchanging pictorial clues with your buddies. Its creative nature and asynchronous style makes it the multiplayer game that fits in anywhere, any time. 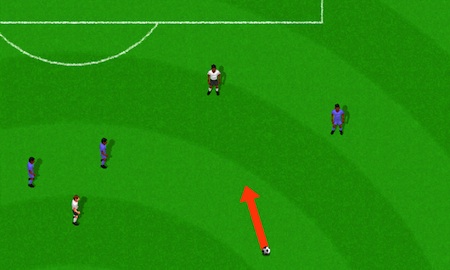 EA came out with the Manchester City of mobile FIFA games in 2012, with all the licenses and modes that money could buy. The trouble is, New Star Soccer is the Borussia Dortmund - tighter, more focused and more aware of how to make the most of its strengths.

Like Rayman Jungle Run, New Star Soccer succeeds by rethinking how you interact with a game that doesn't typically sit well on a touch-only device.

Instead of full-on footy, you take part in matches only when a key pass or shot is there to be made, and fills the rest out with a delightfully involving RPG-lite experience. 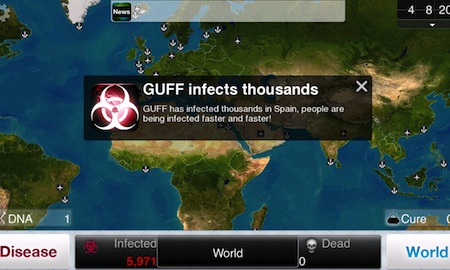 Many games encourage antisocial behaviour. Few task you with wiping out the entire human race. Plague Inc. is such a benign game to play that the results of your gentle probing and strategising are almost comical.

Ah, I've just wiped out the population of Iceland. That's good. Oh, an airplane has just transported my flesh-eating virus to the American mainland. Good-oh. What horrible traits should I breed into it next?

All of these thoughts and more will go through your head whilst playing Plague Inc., along with 'I really should put this down and eat something' and 'I'm a horrible person.' 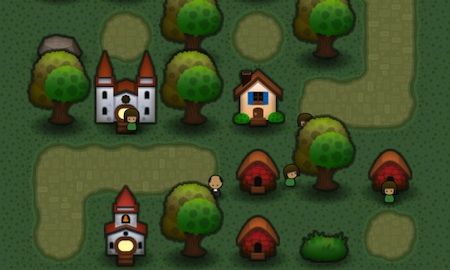 You know how we tend to bleat on about wanting to see something new in the match-three puzzler genre? None of us has any idea what that something should be. But Spry Fox did, and it created Triple Town as a compelling proof of concept.

While the goal here is still to match three objects of the same type - trees, houses, churches and more - in a simple grid, Triple Town makes you think way beyond that. Each match creates a single upgraded element (bushes become trees, gravestones become churches), which in turn can be matched to create something even bigger and more rewarding. 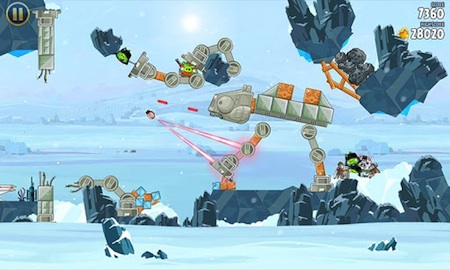 The Angry Birds series continues to defy doom-laden predictions of backlash and over-saturation by being annoyingly good. There are those who could smell blood when news of a Star Wars tie-in emerged, but it turned out to be far from the cynical cash-in that many had feared/hoped for.

Yes, you're still flinging birds at pigs. But when those birds wield lightsabers and the level design skillfully incorporates all the best bits of the other Angry Birds games, it would be useless to resist. It is... our dessstiny.

Need For Speed: Most Wanted
By Firemonkeys - buy on Android 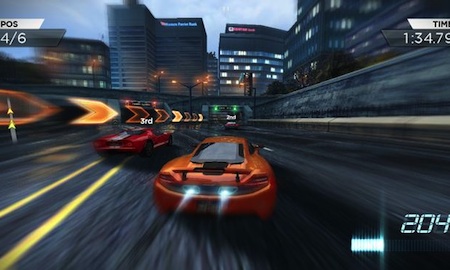 We don't know how they found out or who told them, but the developers Firemonkeys know the recipe for making a console-standard racer for smartphones. After Real Racing 2 nailed the serious simulation side of things, Need For Speed: Most Wanted brings it home for the latent boy racer in every petrol head.

There's nothing inherently new here - you drive really fast through a bunch of gently twisting city scapes, trashing opponents and cops and hitting the nitro button every now and then. Somehow, though, these ordinary ingredients have been put together in a different way to anything else on the Google Play store. 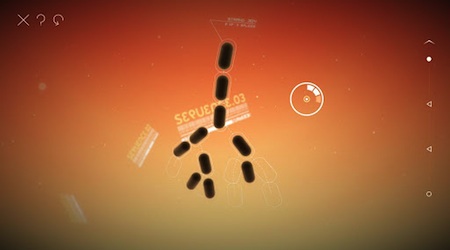 We still don't quite know what to make of Splice. Is it a game? Yes. Probably. It's also a freeform plaything, but with levels and goals. Oh, I don't know. Can't you ask someone else?

The aim here is to play around with molecule strings, slotting loose sections into the right place to make them grow. What really makes this concept sing is the elegant visuals that make you feel like you're actually playing with these molecules through a microscope.

Curiosity
By 22 Cans - buy on Android 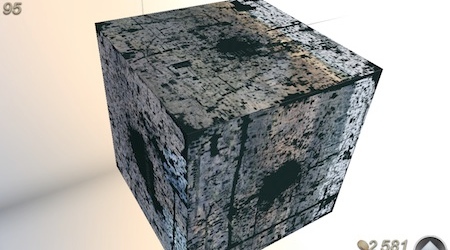 As many people hate Curiosity as love it, we'd wager. We'd also bet that a large proportion of those same haters are still plugging away at it. Peter Molyneux's extravagant social experiment does strange things to you, as our own Curiosity diary shows. 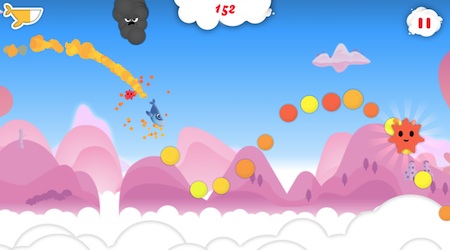 We're really not sure why Whale Trail wasn't a bigger hit in 2012. It has a cute-yet-unorthodox lead (a flying whale), visuals to die for and the single catchiest theme tune of any game released this year. Heck, it even had its own hilarious music video starring UK indie-rock royalty.

Okay, so Whale Trail isn't the most original game on Google Play, but swooping through the clouds, pulling off loop de loops and entering the brief indestructible mode is a constant joy that's easily the match of any other game of this kind. Now it's even available for free as Whale Trail Frenzy.