Blek walkthrough! Indies in Poland! How to be a Twitch superstar!

It has been a big week at Pocket Gamer, with lots of features, some huge reviews, new guides, and the latest reports for our global gallivanting.

Aside from the stuff below, we also reviewed KeroBlaster, JoyJoy, and Thomas Was Alone, picked the best games to play with your kids, and did some silly Photoshops of Warhammer board game adaptations.

We gazed into our Apple-brand crystal ball

Will the iPhone 6 have a bigger screen? A thinner design? An app for tracking your health? Jon put a seashell up to his ear to find out the latest rumours about Apple's next smartphone.

Then, later in the week, he wrote a wishlist for features that should be in iOS 8. Like a better notification centre, the ability to change default apps, a place to download files, and the ability to kill off that annoying stocks app no one uses. 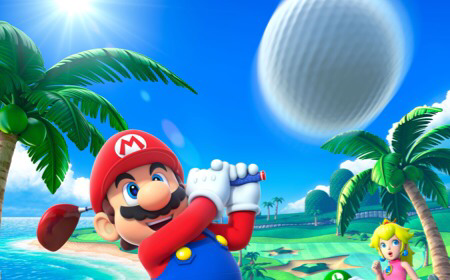 We kicked off our rolling review for Mario Golf: World Tour's downloadable content, with hands-on impressions of the Mushroom Pack. And we were left a little disappointed.

"Toadette's weak drive will limit her participation in competitions, for one. And while the two courses are nice retro throwbacks, they feel plain and dull among the more wacky holes of World Tour."

We'll update the piece when the Flower and Star packs are released.

We did our latest Big Indie Pitch in Poland

You should know the deal with our Big Indie Pitch events by now. Game developers come and pitch their work-in-progress projects to journalists in quick-fire sessions - like speed dating, but much more romantic.

We held our latest event in Krakow in Poland, and brought back word of such indie treats as casual strategy game Napoleonian, Victorian point and click Steampunker, stylish vocab game Puzzword, and the winner, Foodo Kitchen.

We got animated about Blek

When you're writing guides for games, each walkthrough requires a different approach. And to that end we've provided tips through text, through images, through video, and even though sound.

But for arty indie puzzler Blek, we went all Tumblr and presented the entire guide in the form of 60 beautiful animated GIFs. When a guide can match the elegance of the game itself, you know you're doing something right.

Now we just need to figure out how to top it. Maybe a service where Pocket Gamer staffers come to your house and physically complete Rayman Fiesta Run for you?

We told you how to record and stream iOS games

Want to be the next YouTube superstar, or want to livestream iOS games on a service like Twitch?

We pooled our knowledge of running the Pocket Gamer YouTube channel and presenting games daily on our joint Twitch feed with AppSpy to bring you a handy guide to capturing footage from an iPhone or iPad.

This week at 148Apps was dominated by casual games: JoyJoy, Dark Lands, CIRCA6, Toy Rush and more. Plus, the one and only Editor’s Choice award for the week went to video editing app Videohance. It’s all wrapped up nicely for you in This Week at 148Apps.