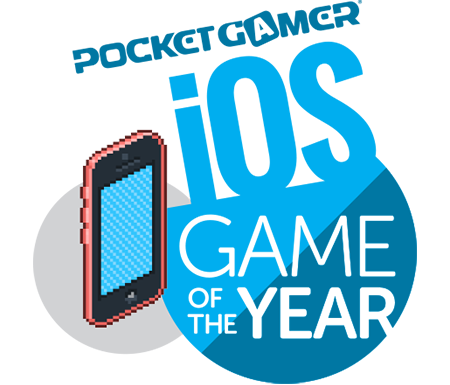 This year, the App Store played host to its one millionth app.

Okay, so most of them are One Direction trivia quizzes and tools for applying arty filters to your selfies.

But among the endless endless-runners and matching match-three games, this maturing shop can boast some seriously great games.

Games that defy genre pigeonholing, like anti-censorship saga Blackbar. Games that resurrect long-dead genres, like sexy text adventure DEVICE 6. Games that sap your time, make you think, and leave you in awe of their vast worlds.

2013 has been a bumper year for iOS - we could quite easily pick out 20 or 30 must-have games of the year. But if we're being picky, these ten games really defined the last 12 months of the App Store.

Blackbar
By Neven Mrgan - buy on iPhone and iPad 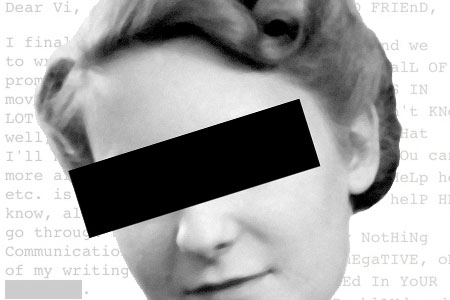 This was a year of civil wars, government shutdowns, and royal babies. But there's one news story that simply refuses to go away: the unsettling role of the US government's all-seeing NSA.

Neven Mrgan and James Moore's censorship saga Blackbar is not a direct send-up of the NSA, but it feels eerily timely in 2013.

Then again, its unique puzzling mechanic and memorable plot would make it a must-play game in any year. 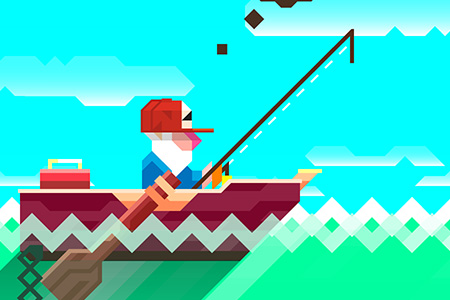 Between upgrading your gear and chasing after an entire encyclopedia of secret species, you just won't be able to let go of this slick, funny, and even touching little indie gem.

Oceanhorn
By Cornfox & Bros. - buy on iPhone and iPad 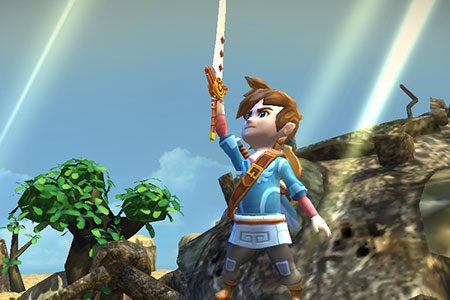 If you're going to emulate a game, you might as well pick a good one. And there are few better places to find inspiration than Nintendo's epic fantasy series The Legend of Zelda.

With Oceanhorn, Cornfox & Bros. follows the Zelda formula with meticulous detail, giving iOS gamers the sun-kissed islands; the dark and dingy pits; the feisty swordplay, and the tricky puzzles.

Unlike Nintendo in Zelda, however, Cornfox & Bros. refuses to hold your hand and lets you feel like you're on a true adventure. 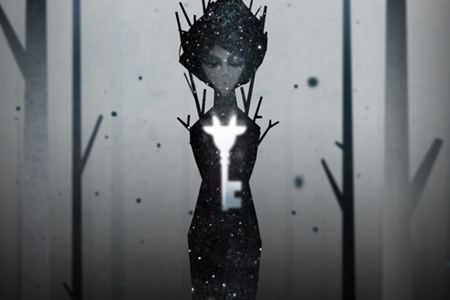 A year walk, according to Simogo and a Swedish Wikipedia article that got a bit mangled in translation to English, is a ritualistic spirit quest where you wander into some chilly woods and have a peek at the future.

That's just the start of iOS adventure game Year Walk, though, for it soon turns into a creepy pop-up book of horrors.

It's also got a memorable little storyline and some incredibly clever conundrums. The game even 'jumps' into another app, in one of the smartest video game puzzles of the year.

Limbo
By Playdead - buy on iPhone and iPad 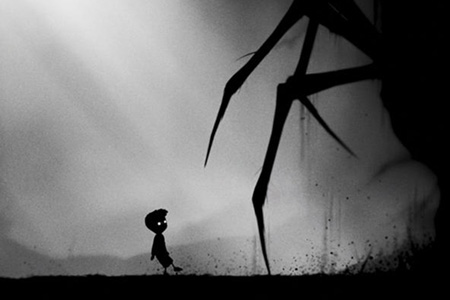 Limbo's legacy is as clear as, ahem, black and white. That claustrophobic silhouette art style has been re-used and adapted by so many app makers of late, you might start to wonder who stole the games industry's coloured pencils.

Limbo, however, is not just a stunning bit of visual design. This pitch-black nightmare of a platformer also contains a devilishly clever procession of puzzles. And Playdead's got so many ideas up its sleeve here it can rarely find time to repeat the same thing twice. 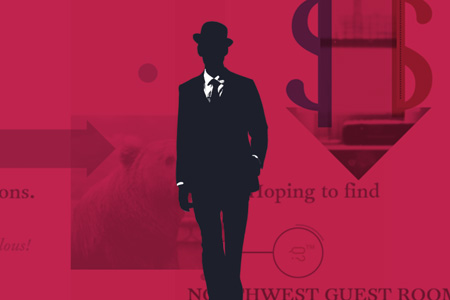 20 years ago, Simogo's psychological thriller might have been published as a Penguin paperback. But by launching it on the App Store rather than in a bookstore, Simogo is free to toy around with form and function.

Take the way that the descriptions of Anna's surroundings are laid out like a map. And the way you move between rooms just by reading in different directions. Or how the words are infused with photos and audio and some seriously tricky Cing-calibre conundrums.

Touchgrind Skate 2
By Illusion Labs - buy on iPhone and iPad 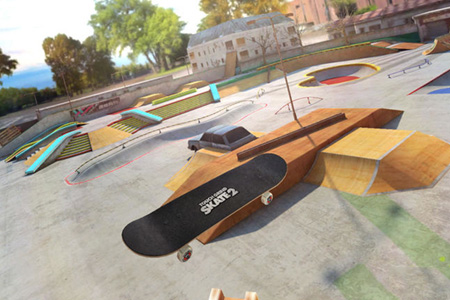 Believe it or not, but Tony Hawk's Pro Skater 2 is not an accurate representation of skateboarding. You can't do a 900-degree spin off a tiny half pipe, and gravity only acts like that on the Moon.

Touchgrind Skate 2 is much more realistic. Which is to say that you'll stumble and fall off your board 20 times per every one successful trick.

But those rare triumphs? Boy, are they worth the scraped knees, busted limbs, and feral howls of frustration.

Rayman Fiesta Run
By Ubisoft - buy on iPhone and iPad 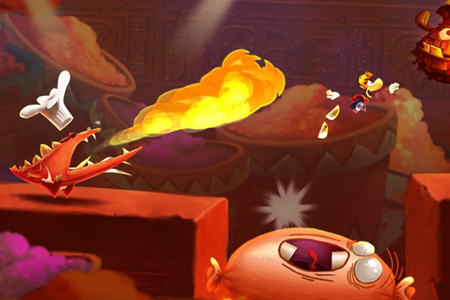 We had auto-runners before. We even had game designers that parcelled up the endless-runner into short and hand-crafted stages. But few did it with the style and confidence of Ubisoft in its mobile re-imagining of Rayman Origins.

With this sequel, Ubi refuses to mess with a winning formula. But by bumping up the difficulty and taking the limbless hero to some fresh locations, the French studio has crafted another must-have iOS platformer.

The Room 2
By Fireproof Games - buy on iPad 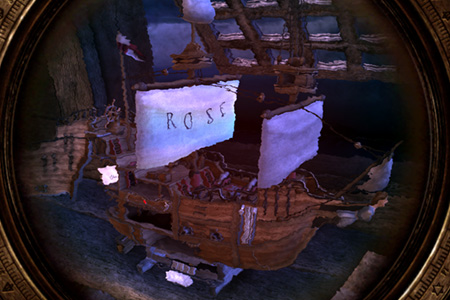 The Room would probably have been better served with a name like The Box. This sequel is truly deserving of the name, though, for it contains puzzles that spill out into entire rooms (be they dusty crypts or a mad scientist's lab).

You're still pawing at lavish 3D recreations of drawers, keys, and boxes in your attempts to solve fiendish puzzles. And you're still getting freaked out by a close and creepy atmosphere.

Only this time around, those noises are not just bumps in the night...

Icebreaker: A Viking Voyage
By Nitrome - buy on iPhone and iPad 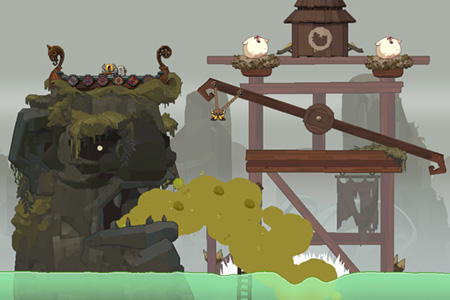 This year, Angry Birds maker Rovio started up a publishing arm called Rovio Stars. Little did it know, but the debut game from Rovio Stars would outshine anything released by the mother company.

That game is Icebreaker, a funny, thoughtful, and wonderfully inventive game about chopping up bits of ice to help save some Viking explorers.

It also has more variety in one world than Angry Birds has in all its multiple spin-offs.