Could all be complete rubbish

While there are numerous benefits of working at a website like Pocket Gamer (free games, bulging paychecks, respect from our parents), there are also drawbacks - namely, the number of Apple-related rumours that we have to sift through on a daily basis.

Put simply, it's been raining iPad mini rumours of late. Positively chucking it down. This is despite late Apple CEO Steve Jobs once famously stating that tablets that don't boast at least a 10-inch display are a little bit rubbish (I may be paraphrasing slightly).

But, well, Tim Cook is steering the Apple ship now, and it's entirely possible that he 'thinks different' about the whole 7-inch tablet market.

As we've just mentioned, the iPad mini rumour mill has been working overtime over the past few weeks, and, as always, some of these whisperings are more plausible than others. Industry scuttlebutt or not, these rumours are hard to keep track of.

We're kind souls here at PG, so we've decided to put this little tittle-tattle round-up together for you. By the end of it, you should have a rather pretty picture of what Apple's iPad mini might look like. If it ever even gets released, that is. Or, in fact, exists.

Remember: everything below is merely a rumour at this stage.

The most widely discussed rumour about the iPad mini is the size of its screen, which many believe will be around the 7-inch mark, similar to that of Google's Nexus 7 and Amazon's Kindle Fire tablets.

In fact, "engineering samples" obtained by website GottaBeMobile back in July appear to confirm that the Cupertino company's smaller slate will pack a 7-inch display.

iMore and Bloomberg have both been passed similar information by their respective sources. The latter outlet has reported that a miniature iPad will house a screen that's somewhere between "seven and eight inches diagonally".

Additionally, four people "familiar" with plans for the mini tablet have told Bloomberg that AU Optronics Corp. and LG Display Co. will produce 7.85-inch displays for the slate. 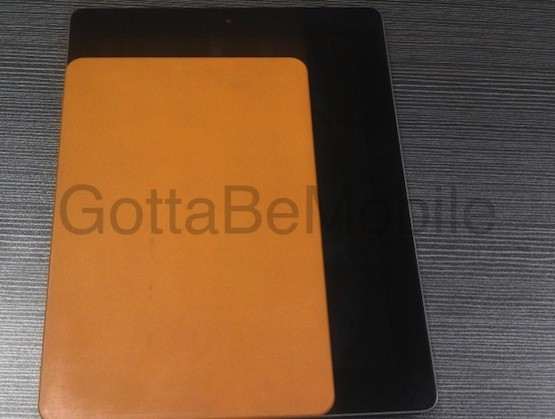 If the engineering sample procured by GottaBeMobile is indeed the real deal, the iPad mini will be "considerably" thinner than Apple's third-generation iPad. It will also sport a smaller 9-pin dock connector, as well as repositioned speakers.

We presume that's the same 9-pin dock connector that's rumoured to be included in the iPhone 5.

Burning your Retina. Or not

If you're hoping Apple's iPad mini will feature the company's heavily promoted Retina display technology, you may be disappointed: according to most industry 'insiders', it won't.

iMore (again) posits that the 7-inch iPad will simply be a scaled-down version of its bigger 9.7-inch brother, and that it will house a display that has a similar resolution to that of the iPad 2's screen. Bloomberg doesn't think the slate will pack a mind-bending number of pixels, either.

Apple will want to keep manufacturing costs as low as possible in order to flog the tablet to customers at an affordable price point, so a standard resolution display for the iPad mini does seem more likely.

The price is right

If Apple truly wants to compete with 7-inch tablets from Google, Amazon, and others, the Cupertino-based outfit needs to launch the so-called iPad mini with a price tag that will make it irresistible to consumers.

So far, rumours have been consistently pointing towards an RRP of $200 - $250 for Apple's pint-sized iPad. That stacks up pretty well against the Nexus 7 - you can pick up Google's tablet both online and in shops for around $199.

Piper Jaffray analyst Gene Munster, however, reckons that a 16GB iPad mini will set you back closer to $299. Chinese net portal NetEase also believes that the highly anticipated tablet will be priced somewhere between $250 and $299. 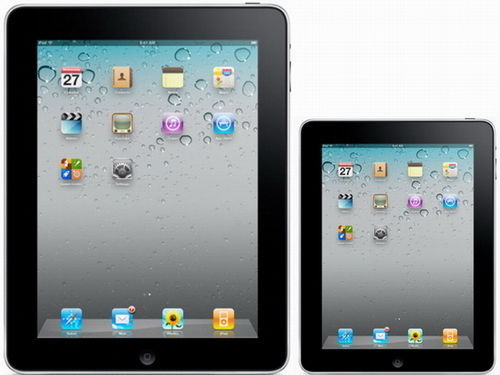 While there's divided opinion among websites regarding the release date of the iPad mini, Q3 (which runs up until the end of September) 2012 is generally considered to be the period in which Apple will launch (or announce, at least) its shrunken iPad.

Some rumourmongers are speculating that the slate will be released / announced alongside the iPhone 5 at San Francisco's Yerba Buena Center for the Arts on September 12th, which isn't completely out of the question.

We think Apple is more likely, though, to hold a separate event for this new product announcement, which means Bloomberg's October estimate may be more accurate.

Either way, the iPad mini is apparently coming out sometime this year, so reserve a spot on your Christmas list if you're eager to get your mitts on one.