Incoming! The most exciting Vita games for March 2015

Now that we're finally split off from 3DS for these monthly round-ups we have more breathing room to show you the breadth of fun and sheer zaniness the PS Vita has to offer.

Whether you're rocking the OLED OG unit, the PlayStation TV, or the unit in between, there's so much coming out this month that something here is guaranteed to pique your interest. 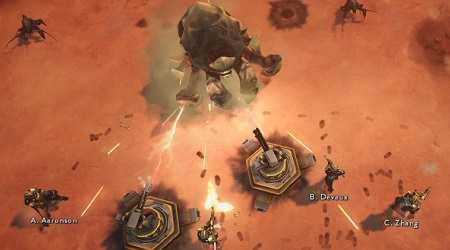 Save Super Earth from super aliens with your super squad of teammates in this top-down shooter.

Helldivers focuses heavily on optimising your loadout before each mission, and features the same friendly fire-based fear of Magicka, Arrowhead's previous title.

Cross-buy with both PS3 and PS4.

A tough-as-nails Metroidvania that's transcended WiiWare and Steam to reach its final, most polished, and portable form.

The gorgeous spritework and soundtrack will keep you going as you die again and again. And again.

A rather odd RPG where you defeat demons to impress the gods in order to... mate with them?

Looks like a living painting. Make sure you see this in motion.

The Goddesses of the Hyperdimension Neptunia series strike again, only this time they're in chibi (small and cute) form for some tactical RPG action.

There'll be just as much breaking of the fourth wall and references to the game industry, but we're hoping it won't be too heavy-handed to usher in players unfamiliar with the series.

We're quite excited by this one at PG HQ. Flame Over came third in the Apps World 2014 Big Indie Pitch, and with good reason - this twin-stick pyroguelike takes a few pages out of Spelunky, and sets them on fire:

Four locations each split into four randomised levels, a grim reaper who keeps an eye on the on the clock, and plenty of people to rescue. Plus cats.

Part visual novel, part RPG, all Japanese. One minute you're nattering away, the next - ghoul in your face.

The alternative high school storyline branches off depending on your responses, which are more complex than you might be expecting thanks to a fancy emotion system.

I could quote Metal Slug all day. Tied with Metal Slug X as best in the series, this arcade gem is an absolute treat for the thumbs.

Personally, I'd rather have Metal Slug Anthology available on the PlayStation Store with backwards-compatibility for the Vita.

Cross-buy with PS3 and PS4.

More monster slaying in this update of the original. More demons, characters, story, and kit. If you're aching to hunt monsters but don't have a 3DS, this is your next-best bet. 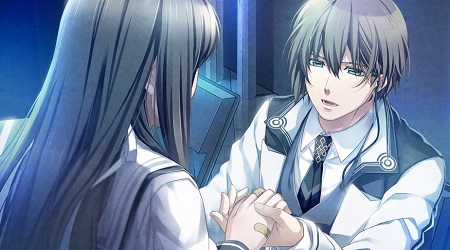 Here's an otome game (that translates as 'one for the ladies') where a young schoolboy time-travels into what appears to be the Meiji era and meets up with three ladies and nine suitors for them. On an airship. Yup.

This is the fandisk version of the PSP remaster, adding some new characters for good measure. Final Fantasy's Nobuo Uematsu wrote the title theme for the game. Gets around these days, doesn't he?

Chance for localisation: 33.3% - Well, Hakuoki: Memories of the Shinsengumi made it across... why not this Rising Star Games?

What are you most looking forward to this month? Let us know in the comments below!
Next Up :
Noah's Heart first impressions preview - "Puts the 'massive' in 'MMORPG'"