Just roll with it

The appropriately-named Matt Thrower goes hands-on with DICE+ - a Bluetooth-powered digital die for iPad and Android. It's available now for £29.99 at Game Technologies's website

For board gamers, dice are an incredibly potent icon.

Look around websites dedicated to the subject and you’ll see dice in logos, dice in names, and dice in photos. So it’s only natural that as the hobby moved into the digital age, we’d miss the physical interaction provided by the fabled entropic cube.

It might seem a small hole but Krzysztof Paplinski of Game Technologies, the creator of the new digital dice accessory DICE+, felt it keenly.

"A virtual roller just feels soulless," he says. So, his Bluetooth-powered peripheral was designed to make digital board games feel more alive, and "to make people play together. Playing a game with DICE+ allows physical contact – you have to pass it to the next person. It’s a more intimate experience".

That might seem a lofty claim to make of a little rubbery cube. But there’s a lot more to the gizmo than meets the eye. Aside from its obvious ability to generate random numbers and colours, it contains a thermometer and accelerometer and the faces are touch sensitive.

"It’s a fully-fledged game controller" said Paplinski. "You could use DICE+ to draw spells in the air and use one of the sides as a trigger to release the spell." 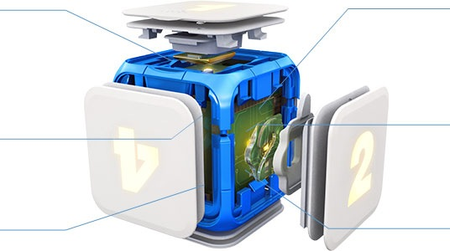 A lot of the technology that’s packed inside is actually necessary to fulfil its basic function.

Paplinski explained: "Imagine you are passing DICE+ to the next person and this action itself generates a result that would be sent to the game. That’s why we have touch sensitive sides to detect if someone is touching DICE+ and an accelerometer and magnetometer to know if DICE+ was rolled properly."

There’s also the thorny issue of fairness to worry about. "We went to a lot of effort to ensure that results aren’t skewed", Paplinski told me. "The weight of the battery is balanced by an evenly distributed filling of equal weight, and each side weighs exactly the same."

But with all the neat capabilities the device has, I was underwhelmed by the starter pack of games that you get with it. 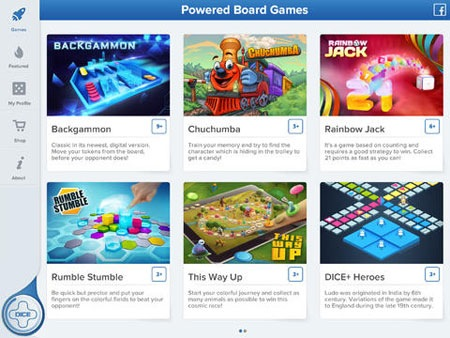 The Powered Board Games app (available on iPad and Android) gives you some free DICE+ compatible games, and provides links to other supported apps on the App Store and Google Play

One is a drab recreation of backgammon, and two are games for small children.

The other two, a maths-based strategy game and a Twister-like game for fingers, make better use of the fact that DICE+ can roll both a colour and a number at the same time and is physically separate from your mobile. They showcase some of the potential in the widget, but are hardly ground-breaking.

Paplinski is well aware of the problem: "It will take some time before developers will get used to the idea and take advantage of all the possibilities."

To try and get people involved and thinking creatively, Game Technologies are even running a competition for DICE+ game designers with $5000 prizes to help lubricate the imagination in categories like "best design" and "most original usage."

In the meantime you can buy from a small selection of additional titles as separate apps. But there are no free versions to try before you buy so it’s a bit of a lottery. 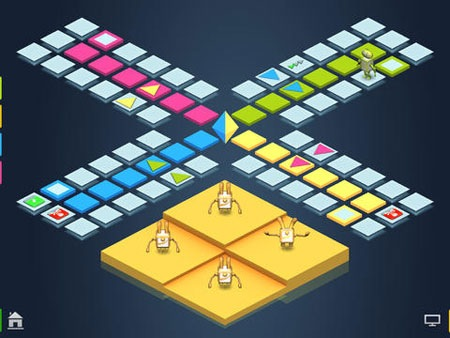 DICE+ Heroes is a free games to get you started

I asked Paplinski about the ability to use DICE+ outside its own integrated suite of apps. "Our aim is to support all the digital board games available on App Store or Google Play" he enthused. "There are many excellent games – like Monopoly, Catan, Talisman or Summoner Wars – that we feel are a natural fit for DICE+.

We’re in talks with a number of developers and publishers to introduce support for both existing and upcoming digital board games."

But they’re not there yet. And that, in a nutshell, is the problem for the device. As a piece of hardware, it’s not only functional but positively impressive. It’s a little cuboid bomb, crammed with enough explosive potential to rearrange the world of digital board gaming as we know it.

But it’s still waiting for a fuse of transformative games from creative designers and developers before the celebratory fireworks can start.

The catalogue of compatible DICE+ games is not exactly expansive. Plenty are on the way - including a game by Reiner Knizia - but here's what available right now. 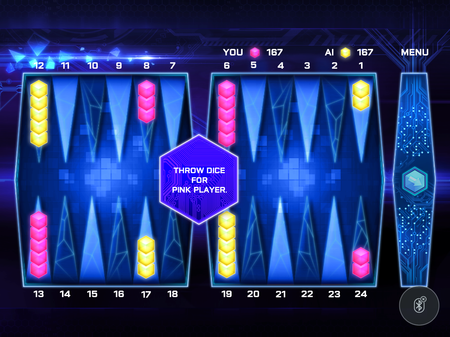 The classic game about removing your checkers from the board before your opponent does, now with swish 3D visuals 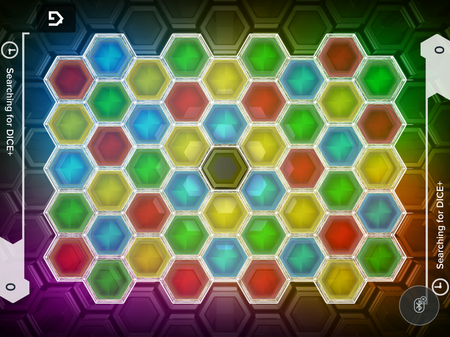 It's awkward party game Twister, but using your fingers instead of limbs, and with a digital dice for good measure. 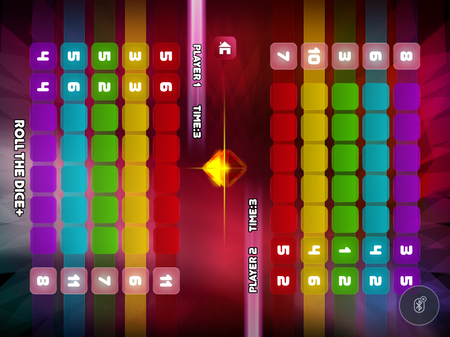 A game about quickly choosing and adapting strategies based on your opponent’s moves.

Chuchumba (1 to 4 players)
Free with Powered Board Games (iPad, Android) 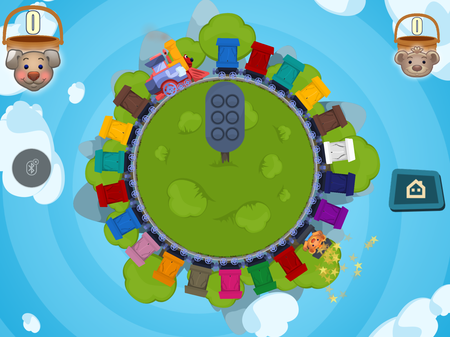 This Way Up (2 to 4 players)
Free with Powered Board Games (iPad, Android) 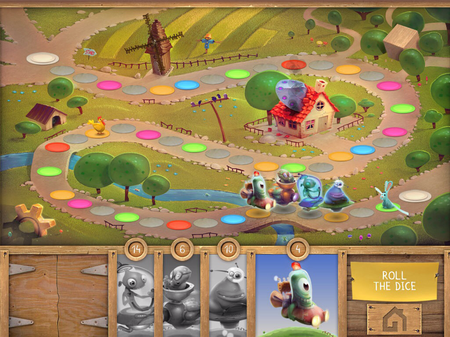 A simple board game for little kids. "Just roll the dice, collect some animals on your way to get points and finish the journey faster than your opponents to win the game". 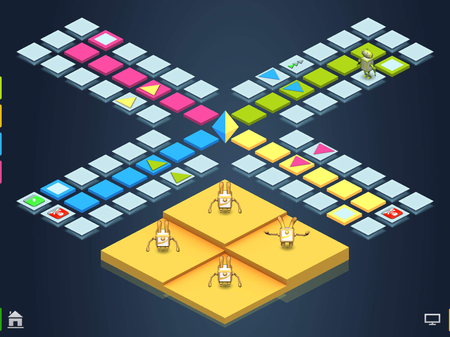 Hey it's Ludo, but with cute robot characters. You can play in either 2D or 3D. 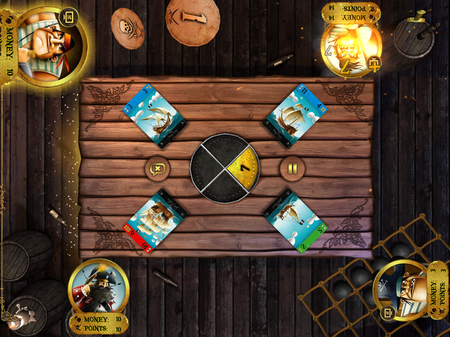 A pirate-themed card game with exciting auctions, as you race to build the strongest fleet. 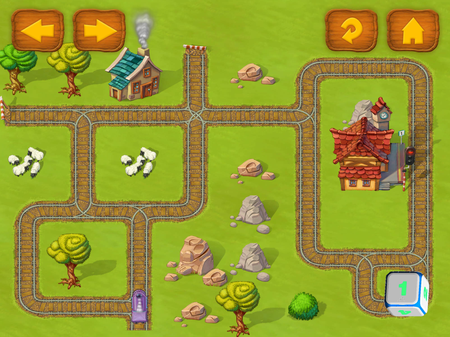 An adventurous and (uh-oh) educational journey for one player. Probably a young child. Lots of mini games.