If you disregard the benefit of hindsight for a moment and cast your mind back to the late ‘80s it’s easy to understand why industry veteran Atari believed it would have the portable video game market all to itself when it launched the technically groundbreaking Lynx console in 1989.

Despite some minor hiccups (such as causing the first video game crash by manufacturing more ET cartridges than there were Atari 2600 consoles to play them on) and losing a significant amount of ground to eastern newcomers like Nintendo and Sega, Atari was still a major force in the video game world of the ‘80s.

When the company unveiled the world’s first colour portable console, it probably did so with a certain degree of smugness.

Just as Atari had revolutionised the home entertainment arena, it expected to do the same for the portable market, too. Sadly, one highly significant event would scupper these dreams of worldwide domination: the launch of the Lynx unfortunately coincided with the release of Nintendo’s Game Boy.

Surprisingly, the Lynx didn’t actually start life within the hallowed walls of Atari itself. The concept was developed by the now-defunct software publisher Epyx in 1986. Code-named ‘The Handy’, the original design featured a small joystick and software that was loaded from tape-based media, much like the home computers of the era like the Spectrum and C64.

As a publisher Epyx had previously enjoyed a string of high-profile best-sellers, but by the time The Handy was being developed the company was in no position to manufacture and promote a costly hardware launch, so the team behind the machine - two talented chaps called RJ Mical and Dave Needle - were tasked with looking elsewhere for financial backing.

Several possible suitors were contacted, and the duo even flew to Japan to attempt to flog the machine to Nintendo. Unsurprisingly the offer was declined, but not before Mical and Needle were shown a top-secret handheld that Nintendo was planning to release in the near future (no prizes for guessing what that turned out to be).

Just when all seemed lost, Atari showed an interest in The Handy and agreed to purchase the hardware from the ailing Epyx, which would continue to produce games for the new format.

The massive injection of cold hard cash was exactly what Mical and Needle needed in to finish their machine. Atari’s input was also felt during this period; not only was the joystick removed in favour of a more portable-friendly D-pad, but the name was also changed from ‘The Handy’ to the snappier ‘Lynx’.

On paper the specifications were truly jaw-dropping. The new machine boasted a backlit colour display, 16-bit CPU (paradoxically based on the Amiga home computer, which was produced by Atari rival Commodore) and highly specialised sprite manipulation capabilities - it was most definitely on the cutting edge and embarrassed the competition of the period

But then again, its only real rival at that moment in time was Nintendo’s aging Game & Watch LCD range. This situation would change drastically by the time the Lynx hit store shelves. 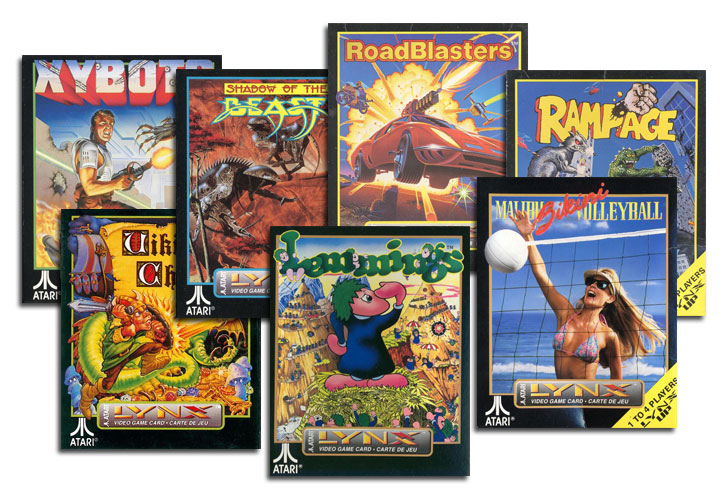 Despite its failings in the ‘80s Atari still enjoyed solid ties with many publishers and as a result early software support was encouraging. However, the strongest titles for the handheld naturally came from within the company itself, with Atari converting many of its highly esteemed arcade hits to the machine, albeit in scaled-down format.

Notable games included the likes of Chip’s Challenge, Gauntlet, Xybots, the excellent eight-player (via ComLynx serial link cable) Todd's Adventures in Slime World, and the technically amazing Blue Lightning, which was the poster child for the machine in early adverts.

A slick and graphically gorgeous After Burner clone, this game could be considered the Lynx’s killer app in those formative years. 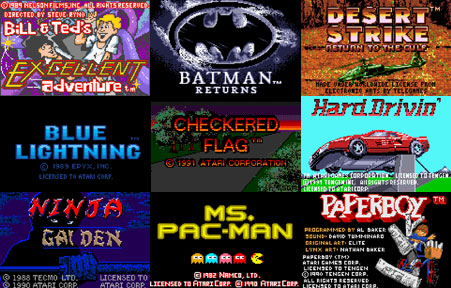 No doubt supremely confident of victory, Atari began to proudly display its new hardware at consumer shows prior to its release in 1989 - around the same time that Nintendo rolled out its Game Boy console.

When the two rivals were placed side-by-side it seemed to be a complete mismatch; the Game Boy had a monochrome display with no backlight, it lacked sprite scaling and only had a primitive 8-bit CPU. In technical terms the Lynx was not so much in a different league as playing a different sport altogether.

However, when the two machines eventually went head-to-head in stores across America that Christmas, things didn’t go Atari’s way at all.

Nintendo was able to call upon the vast reserves of third-party support it had amassed thanks to its fantastically successful NES home console, and so the Game Boy comfortably trounced the Lynx when it came to quality software.

In terms of portability the difference between the two rivals was telling: the Lynx was a beast of a machine that was difficult to fit in a backpack let alone your pocket. While Nintendo’s console is hardly slim by today’s standards, it was far more mobile than Atari’s bulky effort.

Power consumption was another key issue; with its colour screen and backlight, the Lynx was a thirsty console and ate through six AA batteries in less than four hours, making it the kind of machine that rarely left the house for prolonged periods of time; the complete antithesis of Nintendo’s machine, which made its four AA batteries last far longer thanks to its non-backlit black and white screen.

The final nail in the coffin was the price. At $189 the Lynx was almost twice the retail cost of the Game Boy and this placed it firmly out of the reach of most teenage gamers.

Kids could just about convince Ma and Pa to lay down $109 for a machine but the idea of spending almost $200 on a portable device that would most likely get broken or lost within six months predictably didn’t appeal quite so much.

As the dust settled from the festive period and children tore the gaily-coloured wrapping from their presents, there was one clear winner. And it wasn’t Atari. 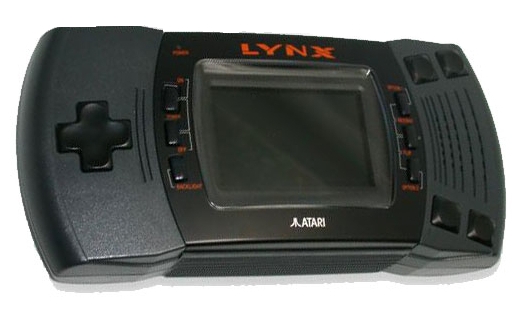 However, the Lynx wasn’t quite down and out. After more than a year of playing second fiddle to Nintendo, Atari went back to the drawing board and redesigned its machine, slimming down the bulky dimensions, improving the blur-ridden display and generally making it a more portable proposition all round.

The price was better, too: the Lynx II launched in 1991 at a more reasonable retail value of $99. Sales predictably picked up, but it was ultimately too late to make any real difference; Nintendo had by this point amassed an unassailable lead.

To compound Atari’s misery, Nintendo’s major rival Sega decided to enter the handheld arena with its Game Gear. Based on its moderately successful Master System home console, this 8-bit machine boasted a backlit colour display but was technically inferior to the Lynx.

However, it was backed by Sega’s own catalogue of titles as well as decent third-party support and a modest price, and although it also quailed in the face of Nintendo’s dominance, it unceremoniously bumped the Lynx from second to third in the battle for the wooden spoon. The fight was effectively over.

As the ‘90s progressed Atari became less and less interested in competing in what was quite obviously a lost battle and by the time the company started to prep the 64-bit Jaguar - its next technological disaster and the machine that would ultimately sink the firm - support for the Lynx had all but dried up.

A few independent publishers tried to keep the handheld alive but the cat had, to all intents and purposes, been put to sleep.

Although it could comfortably boast that it was the most powerful handheld console of the decade, all the technological muscle in the world couldn’t help the Lynx compete with Nintendo’s humble but popular Game Boy.