Angry Birds and beyond

Finland: The home of Rovio and its all conquering Angry Birds, but also, within the country's capital, a hive of mobile mastery that extends far beyond just one studio.

Indeed, it's no exaggeration to say that some of the most prominent titles sitting on smartphones around the globe right now were born in Helsinki.

Undoubtedly, Rovio's irritable avians have helped inspire scores of Scandinavian success stories, but what is it about this fine Finnish city that breeds some of the industry's biggest and best?

In the latest of our series looking at mobile development hotspots around the globe, we take a closer look at the city that spawned arguably the biggest gaming brand in the world right now and, in all likelihood, might just create several more.

Grand Cru – a Helsinki-based outfit mainly staffed by veterans intent on changing the mobile social scene – is currently developing The Supernauts for mobile.

CEO Markus Pasula, who was previously head of development at RealNetworks' Mr Goodliving, believes that the history of game development in Helsinki – combined with the development of mobile technology from the likes of Nokia - has inspired much of the creativity which is seen in the Finnish capital today. 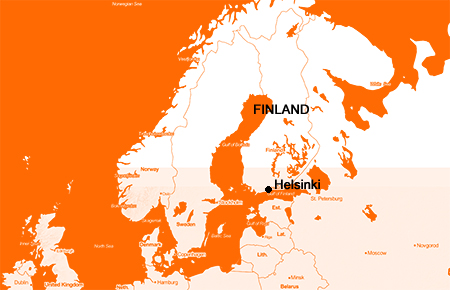 "Helsinki offers a unique mix of creative and tech talent and has a long history of producing great gaming companies," Pasula told us.

"Here 'gaming' is seen as a very legitimate career choice thanks to our long history of successful game developers and strong mobile [hardware] background. The development community is of course smaller than in some other places but it compensates by being very friendly, open and supportive.

"All Finns speak very good English so it is easy for ex-pats and international professionals to join in on the fun." 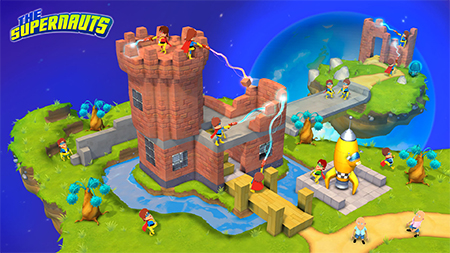 As well as the creative benefits of locating in Helsinki, Pasula also points out that the Finnish government has been highly supportive of the games industry - something many developers believe has long been missing in the UK.

"We have got plenty of support - both from the Finnish government and its investment agency TEKES – the Finnish Funding Agency for Technology and Innovation," he added.

"Financially the support from TEKES has been very significant for us. The amount of approved grants and loans is slightly higher than our funding from private investors. TEKES is well aware of the success of Finnish game companies and is looking forward to seeing more."

Staying out of the cold

For a relatively new start-up like Grand Cru, Helsinki can also create some problems.

While there are lots of small studios in the area, the city is dominated by two massive mobile studios...a that's all before you even consider the harsh Finnish climate.

Pasula elaborates, "With the great success of Rovio and Supercell - as well as a slew of smaller yet very successful studios and many exciting and well-funded up-and-comers, it is getting increasingly competitive to find the very best talent," he said.

"While many international professionals are attracted to the social infrastructure Finland offers with the world's best public schools, five weeks holiday and great healthcare, but the long winters scare some people away."

One man not scared off by the cold - or the tax, for that matter - is Eric Seufert, head of marketing at Grey Area Labs.

Originally from Texas, Eric has traveled the world to be around the best talent in the industry.

"The talent vein in Helsinki runs deep, which is what attracted to me to live in a city with a punitive tax system and unfortunate weather," Seufert told us.

"While I'm still in my 20s, I want to surround myself with the brightest, challenge myself intellectually, and build cutting-edge games. Helsinki is the best place to do those things at the moment. Given its connection to Nokia, Helsinki probably has the greatest concentration of mobile-centric developers in the world, not to mention free-to-play experts.

"I wouldn't be surprised if 20 to 30 percent of 2013's top grossing mobile games are being developed in Helsinki right now."

This high concentration of mobile experts also creates a unique support network shared by all of the companies in the region, one which Grey Area Labs' CEO, Ville Vesterinen, believes is key to Helsinki's gaming success.

"The scene is super tight and people share what they learn with others," said Vesterinen.

"This is emphasised by the density of people who work in games versus other tech. The spirit gets amplified because games is the #1 industry in town. When a company makes it, they share the best practices and help others get ahead with them.

"People don't believe it's a zero sum game and it shows. Success begets success to the whole scene."

Combined with support from the Finnish Government, this collaboration is securing Helsinki's gaming future, Vesterinen believes.

"Not only does the government listen to game developers, but they invite us to plan the next steps with them," he added.

"They are also very smart in using the private market signals to understand where they should direct the help to get the best bang for their buck so that the whole economy benefits.

"This is a massive, yet very little known advantage for the companies who operate from Finland."

Helsinki's largest hit factory is, of course, Rovio, which continue to reap the massive rewards of the Angry Birds franchise.

During Christmas week alone in 2012, the game was downloaded 30 million times.

Then there is the extensive merchandising which reaches around the globe. Rovio is the target every other developer is chasing, and it all started in Helsinki. 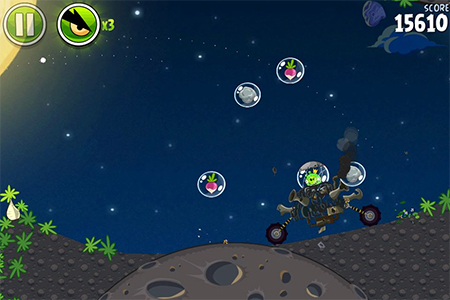 Sara Antila is the communications lead at Rovio. She gave us some insight into why they chose to stick with Finland at a time when the studio's success could have taken them anywhere in the world.

"Niklas Hed, one of the founders of Rovio, and a few of his friends won a mobile game development competition hosted by Nokia and HP in 2003, founded the precursor company of Rovio," revealed Antila.

"Essentially the company was founded in the home turf of the people behind it, which also happens to be a rich ground for high technology industry. "

"The Finnish Government and the public are aware of the rising game and entertainment industry in Finland, and there are certain governmental and foundation based funds used in giving a leg up for start-ups.

"The success story of Rovio is known to everybody in Finland, including the government. In 2011 the CMO of Rovio, Peter Vesterbacka, was invited to the yearly president’s Independence Day reception and recently we got an internationalisation award from the president."

One example of Angry Birds merchandise

Unlike some of the other successful businesses in Helsinki who have chosen to keep their interests local, Rovio has been open to expanding to new premises around the world.

"Rovio Entertainment currently has studios in the Finnish cities of Espoo and Tampere, and also in Stockholm, Sweden. We also have offices in Santa Monica and Shanghai. As our games and entertainment portfolio keeps growing and gaining ground, we are of course keeping an eye open for opportunities across the globe."

Perhaps though, Rovio may need to keep one eye on the new challengers springing up in Helsinki, especially those who learned their trade inside the Angry Birds machine.

Tuomas Erikoinen is one of the masterminds behind the studio which has just launched its first game, Noble Nutlings. He told us Helsinki has some unique benefits for games start-ups, including reduced a greatly reduced risk of ending up unemployed if things don't work out.

"Starting a company has been our dream for a good while now," said Erikoinen.

"Even though Rovio had lots of career possibilities, it still just isn’t the same as being your own boss and getting to do all the decisions by yourself. Even if we crash and burn, we only get minor scalds as Helsinki has lots of other opportunities to offer in the game industry." The local talent and investment also makes it a perfect place to start a new business.

"The Finnish game industry swarms with people wanting to come up with their own start-up, even if they already worked at a hit-factory, so it can be easier to get the right people to join," he added.

"Helsinki attracts more and more attention from investors outside Finland as more high quality and well-monetised games come from here. It’s not always easy to get funding but a highly-buzzed-about location helps."

In the second part of our Helsinki feature, we'll speak to one of the Finnish companies which has mastered the black art of monetisation: Supercell.

Fueled by in-app purchases, said feat is made all the more impressive when you consider Clash of Clans has never reached the top spot in the iOS download charts in any major country. We'll find out just how the studio pulled this off by tailoring their game to tablets.

Finally, in the last part of the series, we'll look at another of Helsinki's hottest properties, RedLynx.

The firm stormed to success when its Trials series found success on the Xbox 360. Since then, RedLynx has experimented with mobile, creating innovative titles like Draw Race – bringing Trials' take on physics over and using it to create bespoke smartphone experiences.

However, at a time where console publishers are struggling and shutting down studios aplenty, Red Lynx found itself the target of French giant Ubisoft. Has its acquisition secured its future, or opened it up to a new kind of risk?

Have you worked in video game development in Helsinki? What was your experience of the area and what do you think the future holds? Is the region diverse enough in its creativity? Let us know what you think in the comments below.
Next Up :
Heroes of Crown: What to expect from Woobest Game's 3D idle RPG