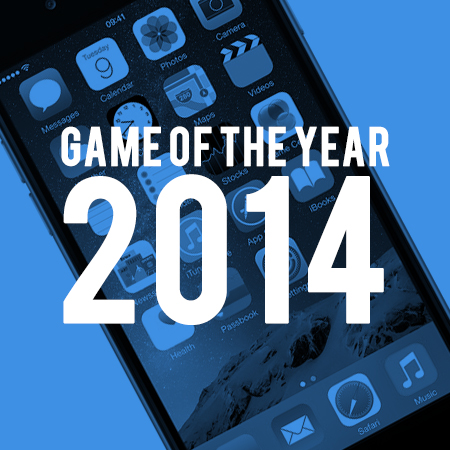 Many years ago, I remember asking an iPhone-owning friend if I should buy an iPod touch, with the express purpose of playing games on it. "No", I was told. There simply aren't enough good games to play.

Boy how different that answer would be in 2014. iOS is now jam packed with incredible gaming experiences - including mobile exclusives, and terrific ports that are even better for being portable.

And many of the App Store's biggest and best games came out this year. In the last 12 months we've been hit with hundreds of incredible games, and played countless apps that we'd deem essential downloads for gamers.

Seriously, this list could be have 20 games. 30. 40, and we'd still stand by every recommendation. But there can only be ten. These, then, are the very best iOS games that hit the App Store in 2014. Go play them all.

Threes!
By Sirvo - buy on iPhone and iPad 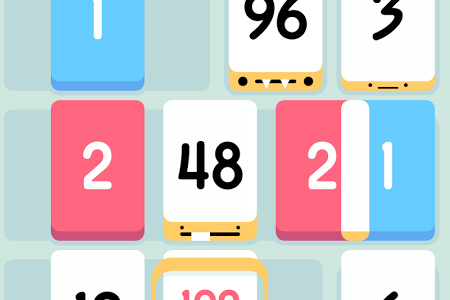 It says something depressing about the App Store that two years running, our game of the year list must reference a cloning scandal. But just like Ridiculous Fishing in 2013, there's no real comparison between Threes! and it's many clones.

This minimalist puzzle game has a devious design that keeps you rapt, nervously anticipating every tile that drops in. It balances luck and skill, and it mixes thinking ahead with thinking in the moment.

And Threes! encourages ambitious plans, but then shatters them with a big fat 24 tile that screws everything up.

This game - with its big scores and painful difficulty curve and charming characters - has been everyone's go-to puzzle game in 2014. And with such tough competition, that's no small feat. 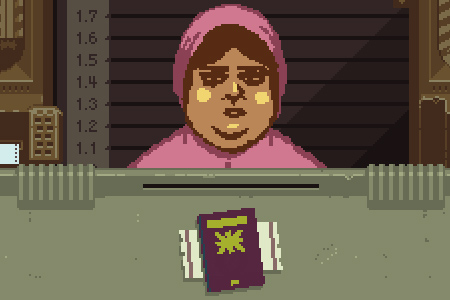 Papers, Please taught me why good people do bad things.

This game makes you a border patrol agent, in charge of accepting or rejecting people coming into the nation of Arstotzka. You have to check their documents, look for inconsistencies, and turn away anyone with incomplete papers.

But then work ends, you go home, and you have to divide up your paltry salary between heat, food, rent, and medicine for your sick family. Suddenly, you start cutting corners. You start taking bribes. You confiscate passports for counterfeiters. You'll do anything to make ends meet.

So not only is this a surprisingly fun game about doing paperwork, it manages to conjure up one of the most powerful stories on iOS.

Monument Valley
By ustwo - buy on iPhone and iPad 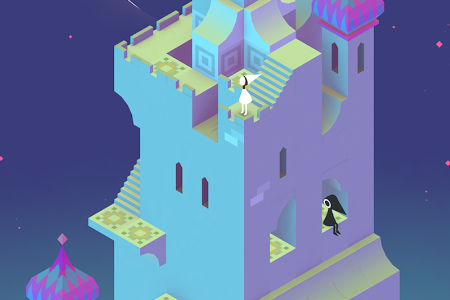 Every level in Monument Valley looks impossible. It looks like there's no path that will take pointy-hatted princess Ida to her destination.

But then you start toying with the level, shifting it about like a mechanical puzzle box. And then you change your perspective, and new paths magically appear when two faraway platforms line up.

Time and again, Monument Valley - and its excellent expansion pack - teases your brain in the most joyous ways imaginable.

And it never stands still. Ustwo is always coming up with ingenious new ideas - including Escher-like levels that work upside down, waterfalls that run upwards, cheeky crows, impossible doorways, and spiralling staircases - to keep things fresh.

Oh, and we mustn't forget about the totem - the best cuboid in games this year (sorry, Thomas).

FTL: Faster Than Light
By Subset Games - buy on iPad 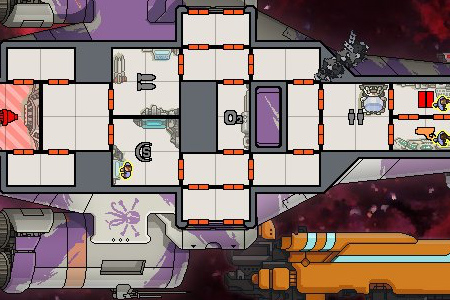 FTL is great at generating stories. Stories about eking out a win against a massive enemy craft, or about finding a precious stockpile of fuel just before the federation catches up with you.

Stories about traitors, bad trades, and accidentally suffocating your entire crew as you tried to tackle a nasty fire.

It doesn't even matter than many of your attempts to race across the galaxy end in death and destruction. The journey alone is worth it. 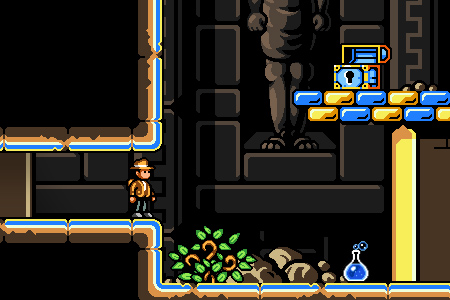 Donut Games is best known for cute little pocket money time wasters. But with Traps n' Gemstones, the studio tried something very different and we got a big, engrossing Metroidvania that's packed with secrets and surprises

It's like a toybox Indiana Jones, with a pintsize explorer, goofy mummies, and bouncy snakes.

The whole thing is impossibly charming, and tonnes of fun. You won't be able to put it down until you hit 100 percent completion.

Hitman GO
By Square Enix - buy on iPhone and iPad 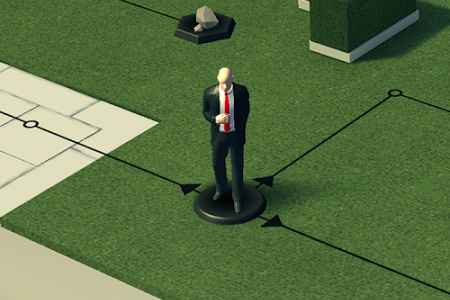 Hitman GO is a bizarre game. It takes a complicated stealth game from the consoles, and turns it into a board game. Agent 47 is now a tiny resin figure, and his hunting grounds look like adorable architectural models

The actual game is about hopping around, hoping to sneak up on enemies to knock them off the board. Things get tricky when you meet patrolling guards, and have to start using disguises and sniper rifles.

It's part chess, part roguelike, part puzzle game resulting in something wholy unique and brutally clever. And unlike many other console conversions, this one works perfectly on a touchscreen.

Hearthstone: Heroes of Warcraft
By Blizzard Entertainment - download on iPad 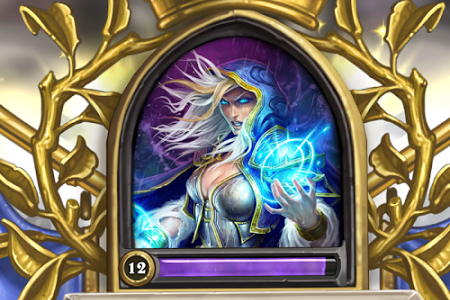 Many games on the App Store encourage you to say "just one more go", but few will send you into a spiralling pit of addiction that lasts all weekend like Blizzard's card battler Hearthstone.

And you don't need to be a Magic master to get it. With pretty basic rules, it's simple enough for card game newbies to pick up. But with hundreds of cards, there's enough depth to confound CCG experts for years

Best of all, iPad feels like the natural home for this game. Manipulating the cards with your fingers works perfectly, and it's great to sneak in a quick match on the sofa, or in bed, or even on the toilet. Don't pretend you haven't done it. You have.

80 Days
By inkle - buy on iPhone and iPad 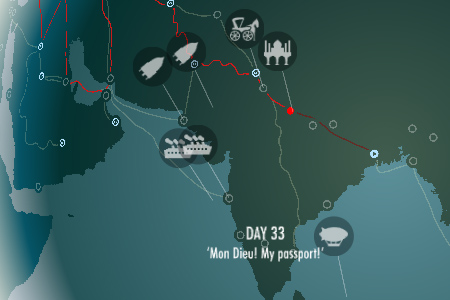 When games say they have dynamic stories, it often means that the narrative will fork at a dramatic point, only for the threads to all weave back into one another again before you're given one of a handful of different endings.

Not so in 80 Days. Here, no two players will have the same story and your friends's anecdotes about racing around the world with Phileas Fogg and Passepartout will be so different than yours, you'll swear you all played entirely different games.

Because while you may have travelled through weird walking cities and opulent kingdoms, they maybe have got caught up in a murder mystery, kidnapped by pirates, or found themselves working on a slaver's ship

If you have any interest in interactive fiction or gamebooks, 80 Days is the genre's crown jewel.

Framed
By Loveshack - buy on iPhone and iPad 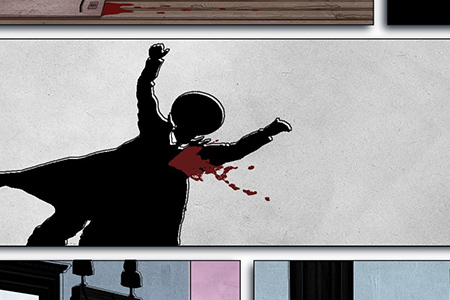 Framed is way more than a clever concept. But boy, what a concept.

Each level is a comic book page that depicts our hero getting caught or killed by the fuzz. But by changing the order of the panels, you can alter the outcome so we get away alive.

And it's definitely not about trial and error. There's a wicked sharp logic that runs through this game so you'll always know what effect changing the panels will have

But it's more than just a concept. It's also a stylish noir caper, told in smoky jazz and bold silhouettes. And the story - of double crossing and mysterious briefcases - is, smartly, told using the same techniques as the puzzles.

Wayward Souls
By Rocketcat Games - buy on iPhone and iPad 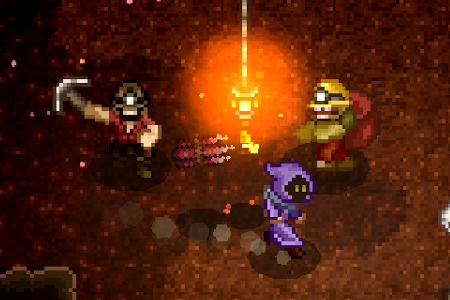 Everything about Wayward Souls feels defiantly retro: from the chunky pixel art graphics, to the lethal difficulty curve, to the distinct lack of hand-holding.

Sure, it's inspired by more modern games. It's a roguelike - the hip new indie genre of the 21st century. And it's designed to work perfectly on mobile phones, which still had monochrome screens in the 90s.

But you can't deny that it has the soul of a Super Nintendo game, making for a game that's toothy, engrossing, and spectacularly good fun.