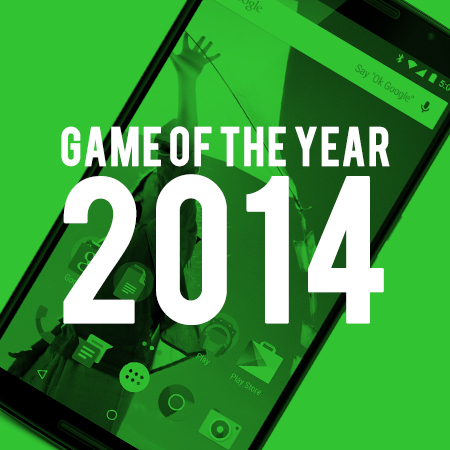 2014 hasn't seen any great leaps forward for Android gaming, but then it had already made some pretty vast strides up to and including 2013.

It had its own social and achievement system, it had an app store that wasn't ghastly to use, and it finally had a steady flow of top mobile games coming through.

This year has arguably been one of consolidation, then, with much of the improvement coming from the general standard of Android hardware. It's pretty difficult to find an outright bad Android phone nowadays, which is considerable progress for a platform previously capable of some horrendous lows on this front.

With the general standard of Android phones being raised, it's had a subtle but definite effect on Android gaming. The experience of playing games on your average Android phone is now much smoother and more pleasant than it used to be.

As for the games themselves, well, the lag between iOS and Android releases seems to have lessened a fair bit on average, and we're seeing more and more simultaneous (or near-simultaneous) releases.

Whatever Android phone you have going into the new year, the chances are these top games of 2014 will play like a dream on it.

The Banner Saga
By Stoic Studio - buy on Android 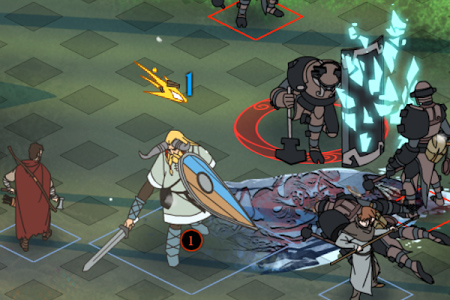 RPGs don't have to be dull, formulaic affairs set in generic sub-Tolkien universes. They usually are, of course, but Stoic showed that there's another way with The Banner Saga.

The game's dark, Norse-inflected tale is quite unlike anything we've encountered in a mobile game before, while its turn-based battle system feels fresh and involving.

But perhaps the most striking thing about The Banner Saga is its approach to storytelling, with multiple narrators, a choose-your-own adventure structure, and a beautiful retro-cartoon art style.

Out There
By Mi-Clos Studio - buy on Android 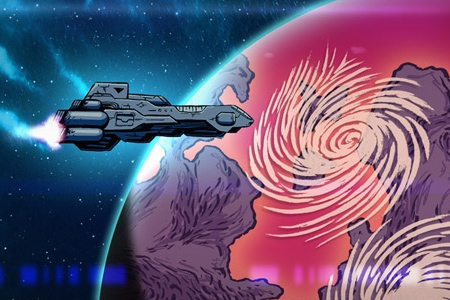 Talking of melancholic, effective storytelling, Out There was another game to impress us with its quirky, downbeat style.

Again, there's a certain choose-your-own-adventure flavour to proceedings as you charter your way through a hostile universe - though the tone is decidedly sci-fi.

You'll fail an awful lot in Out There, reflecting another 2014 trend for ruddy hard games. But that's part of its subtle allure.

There was no FTL on Android in 2014, but Out There provided a brand of hardcore spacefaring that was similar in some respects - with a few cruel twists of its own. 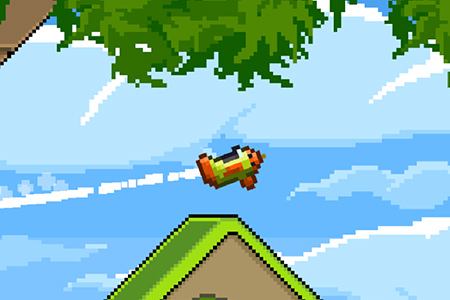 2014 was the year that Rovio answered many of its critics with the launch of RETRY. Here was a game from the developer that wasn't anything to do with Angry Birds, and it was also brilliant.

There's a danger of doing RETRY a disservice by describing it as another Flappy Bird-like flier. It's much more than that, with a tactile, challenging, and original one-button flight system and some fiendish levels packed full of hidden routes.

RETRY also gets the presentation spot on, with a bright and clear retro art style and a proper ear worm of a theme tune. 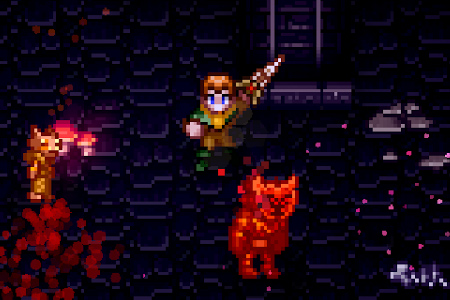 Wayward Souls was one of very few games to score a PG Platinum Award (aka a 10 out of 10) in 2014, and it maintained its brilliance when it made the move from iOS to Android later in the year.

This is a superb roguelike action-RPG packed full of little incidental details and finely balanced systems. It has you questing through randomly-generated dungeons in true 16-bit style, battling endlessly inventive fiends and levelling up your warrior.

It's the kind of game where you die repeatedly, yet ravenously come back for more punishment. 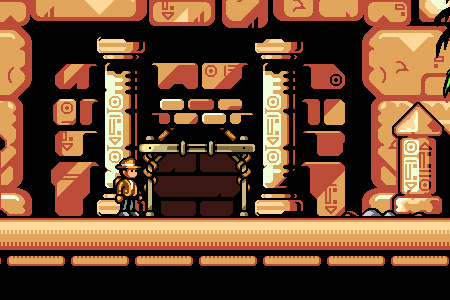 Continuing 2014's welcome trend for deeper, more freeform mobile experiences, Traps n' Gemstones proved to be a Metroidvania treat. If you've grown accustomed to playing nought but simple speed run platformers on your mobile, this sprawling adventure will come as something of a shock.

Or at least, it would have if it wasn't so accessible and thoughtfully designed to take all of the pain and repetitiveness out of the experience.

Icebreaker: A Viking Voyage
By Nitrome - buy on Android 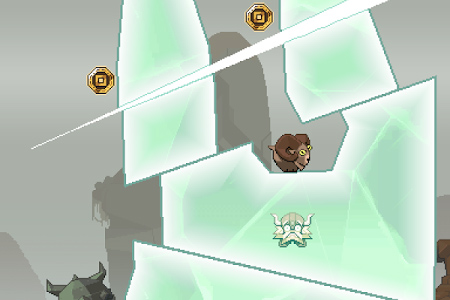 We don't like waiting for our iOS to Android conversions, so the fact that Icebreaker: A Viking Voyage took almost a year to make the journey should have annoyed us a lot more than it did.

That we greeted its belated arrival on the Google Play Store with open arms mid-way through 2014 was a testament to its continued brilliance. It remains one of the best casual puzzlers around. 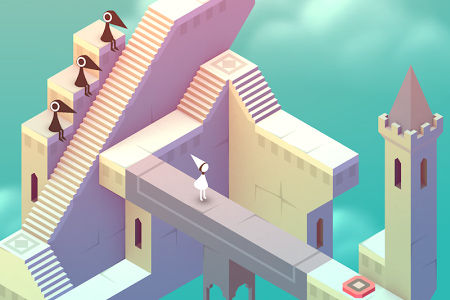 Both Apple and Google used Monument Valley in promotional images of their new hardware in 2014, which should tell you something.

It's one of the most gorgeous and original-looking games of the year. You could take a screenshot from any point in the game, and it could easily serve as your next wallpaper. What's more, to the uninitiated it would look like a professionally drawn effort.

But Monument Valley is much more than a pretty face. It's also an ingenious spatial puzzler, filled with isometric Escher-inspired conundrums that require you to manipulate the levels themselves.

XCOM: Enemy Within
By 2K Games - buy on Android 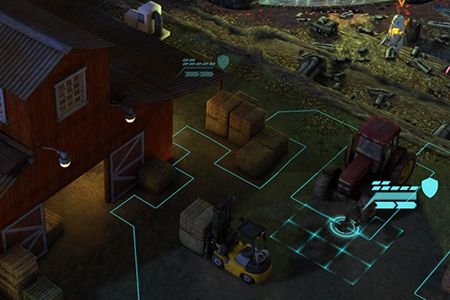 XCOM: Enemy Within is the kind of game you always imagine could be possible on mobile in five years or so - but somehow it's here right now.

This is more or less a straight-up conversion of a highly regarded modern console and PC game. It's an engrossing team-based strategy game that sees you engaging a race of malevolent aliens in tense turn-based combat.

The 3D graphics are stunning, of course, but it's the way this complex game works so well on a touchscreen device that really sells XCOM: Enemy Within as a vision of the future.

Threes!
By Sirvo - buy on Android 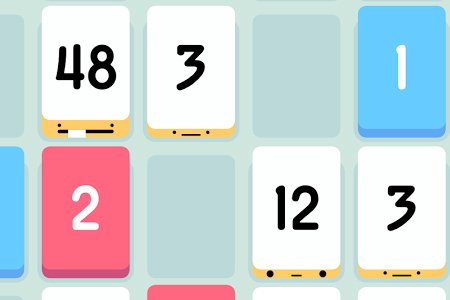 The concept that spawned an infamously popular clone (which shall not be named on these pages) has you shuffling a grid of numbers left, right, up, and down.

When like numbers squish up against each other they meld to form a single card worth the sum of their values. These must then be combined in kind, until you're dealing with huge, unwieldy numbers and scrabbling with limited grid space to form a match.

That description took about as long as it takes to grasp Threes! when you start playing it. Simply brilliant.

The Room 2
By Fireproof Games - buy on Android 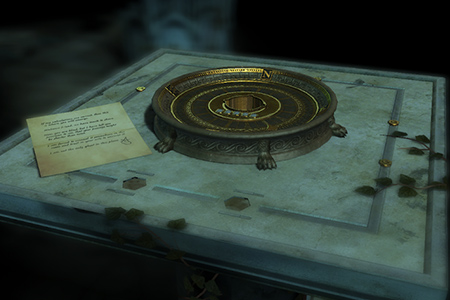 The first The Room game was such a strikingly original, and polished locked box puzzler that we struggled to see how it could be followed up.

The answer provided by The Room 2 is to provide more of the same, but to expand the first game's intricate locked box puzzles out into a series of mysterious rooms. The location and nature of those rooms, too, are more ambitious, spanning a number of exotic environments.

All in all, The Room 2 is an exemplary case study in how to follow up a near-perfect mobile game without disappointing or underwhelming your audience.