This week, it seems, society has been on the verge of toppling into all-out anarchy.

There's been rioting up and down the UK, non-stop looting, and Sesame Street has formally announced that Ernie and Bert aren't gay.

If you're struggling to cope with it all, there's no better solution than to stock up on food, lock yourself in your home, and wait out the coming degeneration of the human race with a handful of top new iOS games.

This week we're going shopping with Kairosoft, guiding a dinky little rocket to safety, playing tower defence in reverse and, most fittingly, taking a couple games for free. 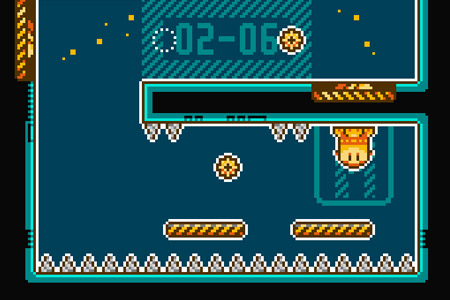 In these uncertain economic times, being made redundant is just about the worst news you can get. So, spare a thought for Flip, the last miniature missile to drop off the assembly line, moments before intergalactic war screeches to a halt.

Worse still, his orbiting manufacturing plant is about to be engulfed by a colossal solar flare, so flipping on those cutesy pixelated booster and jetting off into space seems like a particularly good idea right now.

What follows is a series of 64 smart puzzle-filled rooms in which you guide Flip to the exit, and hopefully pick up some misplaced Gears along the way. You control the rocket with a few simple gestures: tap the screen to boost forward, and then flick your finger in a direction to make Flip live up to his name and dart off in different directions.

It's a little steep at £2, but The Last Rocket is a charming distraction with a wonderful retro-chic art style. Making obvious nods to 8-bit classics like Mega Man, designer Shaun Inman has decked the game in dinky pixels, cute faces, and a nostalgic chip-tune soundtrack - all in 1.2MB. 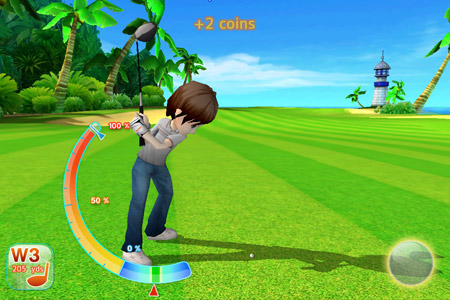 Like it or not, the freemium model - where games are dumped on iTunes for nothing, but offer up in-game bonuses and items for real-world cash - is here to stay.

Case in point: Let's Golf! 3. This sickly-sweet swinger has plenty in common with its two predecessors, except the price tag. You can download and play Gameloft's latest cartoon golfer for free, but you have to pay up to unlock new clothes, courses, and modes.

Otherwise, it's your standard Everybody's Golf clone with a variety of zany courses (from the Great Wall of China to Outer Space), a hodgepodge of modes, and plenty of gear and accessories to unlock (or pay for, if you're dead rich).

Better still, the game has a hefty social component. You can play matches online with full voice chat, do multiplayer in the same room over wi-fi and Bluetooth, or even engage in a spot of pass-the-handset. 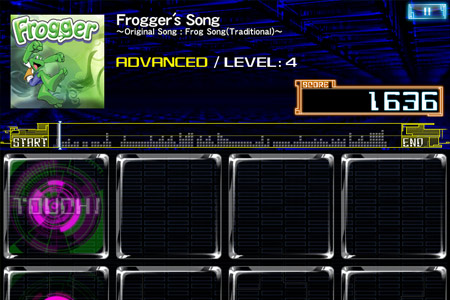 In Japan, publisher Konami has a monopoly on music-based arcade cabinets. From Dance Dance Revolution to Drum Mania, the firm's Bemani series offers an endless series of ultra-tough rhythm games and a cacophonous din of screechy j-pop and filthy Asian electronica.

Bemani's most deceptively simple game is Jubeat. More like Whac-A-Mole than Guitar Hero, Jubeat basically involves tapping panels that light up in time to a frantic techno beat. No dancing or fret work required.

But as soon as the game picks up the tempo, and the game board morphs into a neon light show of dancing squares and blinking lights, the title's true challenge appears.

Now on iPad in the US and Europe (following a year's wait after its Japanese debut) Jukebeat retains its arcade brethren's cruelty. Getting anything higher than a D grade requires ridiculous reflexes, learning patterns and plenty of practice.

Luckily, you can taste-test the game for free to see if you're up to snuff. The sampler comes with a handful of crushingly difficult songs to get you started, and you can then buy tracks in packs from the store. 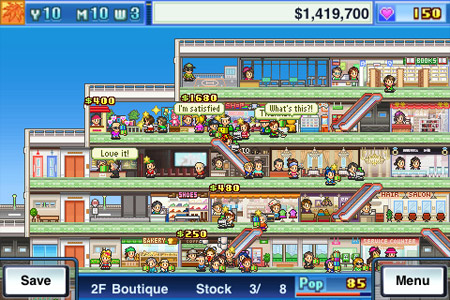 Fresh from handing you the reins at a video game studio, F1 team, sauna, and private school, simulation superstar Kairosoft is back, and this time it's tackling the retail industry.

In Mega Mall Story, the latest Japanese Kairosoft mobile release to be ported to iPhone and translated into English, you're tasked with building the biggest department store of all time.

You'll have to court new customers with top-quality products, cool new shops, and the odd sale to turn a run-down slum into a five-star retail hub.

To make sure you've got a steady influx of punters, you'll need to keep an eye on the weather, keep shoppers loyal with good service, and watch out for economic dips. Every now and again, a shopping fever will hit the populace, so you'll need to be stocked and prepared for the flood of patrons.

It's certainly not the toughest title in Kairosoft's back catalogue of strategy games, but it's every bit as cute, disarmingly addictive, and enjoyable as the firm's previous management sims. If you're not burnt out on Kairosoft's formula yet, it's a no-brainer. 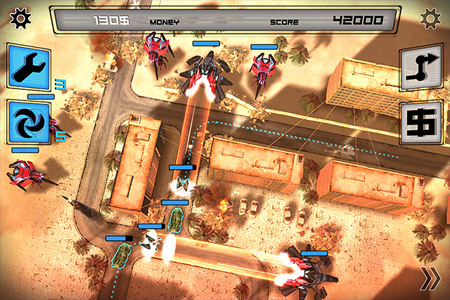 Anomaly Warzone Earth is a terrifically boring moniker, isn't it? I can only imagine that developer 11 bit studios threw a bunch of meaningless jargon - like tango, universe, battlefield, nuke, conquerer - into a hat and picked three at random.

It's a shame, really, because while the name totally fails to stand out in the crowded strategy game genre, its ideas are quite original.

In what amounts to a tower defence game turned upside down, inside out, and back to front, you play as the creeping units up against turrets and fortresses. It's up to you to choose the best vehicles and route through the carnage to beat each stage.

It's a sharp concept, and it's executed with confidence. The game also has ultra-high production values with voice acting, gorgeous visuals, and a whole load of bang for your buck.

Just don't forget what it's called on the way to the App Store.