There's an awful lot of talent in India right now

The Indian market is one of the fastest growing in the world right now, and based on what was on show at Pocket Gamer Connects Bangalore 2016, it's easy to see why.

There really was something for everyone at this year's Pocket Gamer Connects Bangalore's Very Big Indie Pitch.

Even more impressive than that was the range of new and unique ideas and gameplay mechanics that were on show.

So, with so much to get through, let's begin our look at all of the games that showcased as a part of The Very Big Indie Pitch at Pocket Gamer Connects Bangalore 2016.

First up is Monarchy, a brand new tactical board game, and the deserving winner of this year's Very Big Indie Pitch in Bangalore.

Monarchy won because it mixed classic social gameplay elements with brand new technology, wrapping it all inside a brand new well thought out strategic gameplay that looks something like Snakes & Ladders crossed with a tower defence.

If you're into board games, or just looking for something with some some depth to it, then look no further than Monarchy.

Wordifly (RUNNER-UP)
By The Good Side Games

Wordifly was this year's runner-up, and took the prize thanks to the fact that it's both addictive and accessible at the same time.

You control Glowee the firefly, and have to collect letters and spell words in order to continue your upwards ascent.

Wordifly is currently out now in Beta on both iOS and Android, so you can have a go for yourself.

War Tanks hopes to become the world's next big eSport. An ambitious goal, but based on what we saw it isn't beyond the realms of possibility.

In this one on one area battler you have to control your tank whilst trying to destroy your opponent's. The only problem is, you can't see your opponent unless they move over the radius of your last shot.

Think Battleships but with the ability to move your ships around and you've got a good idea of how War Tanks plays.

The Light Inside Us (FINALIST)
By Dastan Games

The Light Inside Us is a game that we've featured a great deal here at Pocket Gamer, and with good reason.

It seamlessly blends a multitude of genres, which include action, shooting, strategy, and puzzle, and then wraps them up inside a brand new mechanic, one which sees you use your body itself as a weapon.

This puzzler, which requires both strategy and timing, was easily the surprise hit of the show.

You have to tap the balls to make them swing. However you must do so in a way that means that they don't smash into each other.

It's a unique idea, and one that sets Jhulo apart in what is a competitive market.

Following on from its success with Cricket-based arcade sporting title One More Run, Supersize games has now switched its attention to the word's most popular sport, football.

This one's about continuing a chain of passes, whether in a stadium, or even on a dinosaur planet. It's a simple mechanic, and one that lends itself to some extremely addictive gameplay.

The game is currently in the early stages of development, and gamers can expect a whole host of added extras, such as customisation options, when the game launches later this year. 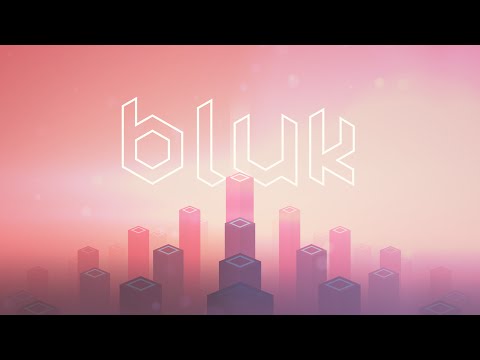 Bluk is a physics-based endless leaper where you traverse multiple worlds full of a range of different obstacles.

It has an Angry Birds meets Monument Valley feel, and it's very easy to pick up and play.

That's not all though, as developer Pixel Ape Studios is also currently creating a storyline to accompany your jumping.

Make Way For Sid is a unique concept that challenge players to manipulate the environment rather than the game's titular lead character.

As Sid continues on his upwards movement you must push and pull the walls around him in order to reach the goal, and make sure the spikes don't catch up with him.

Right now Make Way For Sid is still in the concept stages. The group of students behind the title are planning to work on the visuals and the audio next, in order to bring Sid and his adventures fully to life. 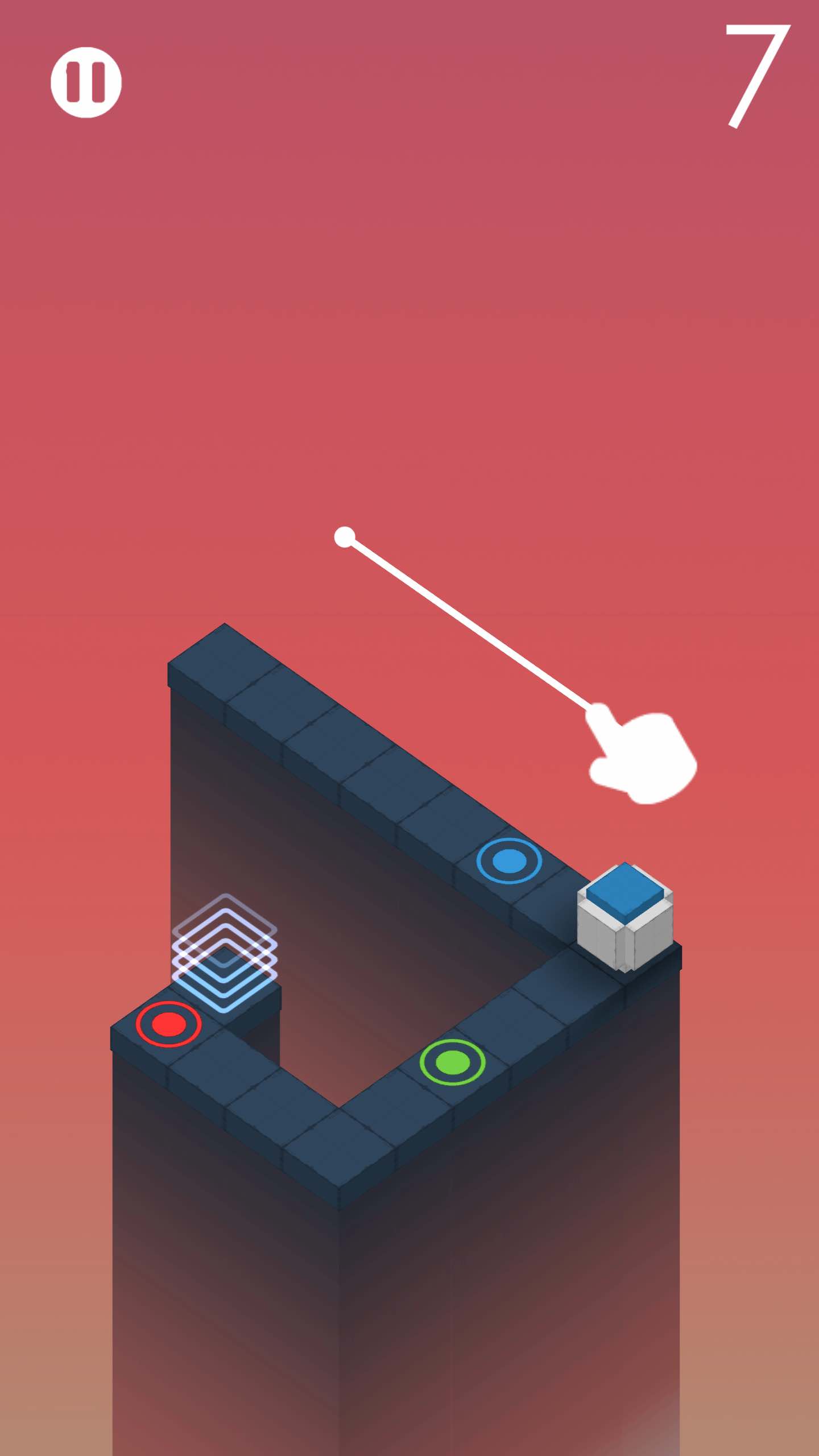 Huebe is a puzzler where you manipulate both the cube you control, and the coloured titles that lay scattered throughout each and every level.

There's a decent level of challenge here, and the double-layered game mechanics mean you'll be scratching your head in the best possible way.

Cricket Career: Super League is a management-action hybrid, that gives you complete control over the experience.

Whether it be coaching, the way the club is run, or even how the players perform, you need to cover all of the bases in Cricket Career: Super League. 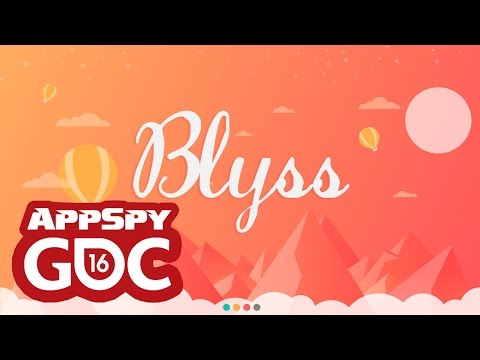 We last saw Blyss at GDC 2016. It's a calming, ambient, 'procedural' puzzler, that's complimented by a range of zen-like themes.

In this endless puzzler, players are tasked with eliminating dots on tiles in order to eliminate them and proceed onto the next stage. 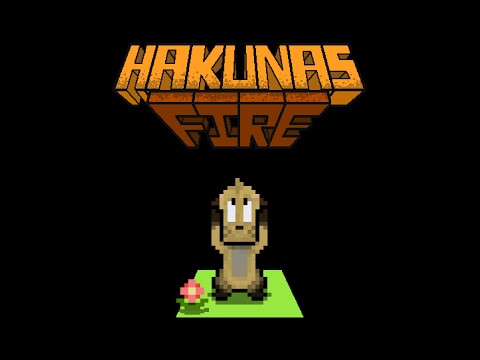 Built by a team of students in India, Hakuna's Fire is an action adventure title, inspired by the likes of The Legend of Zelda, that was initially developed for Steam before being adapted for mobile platforms.

This story driven retro inspired title sees players control a Meerkat who finds himself deep within the wilds of Africa, stuck in the the middle of a rivalry between the Herbivores and the Carnivores.

Players must utilise both stealth and cunning if they want to survive. 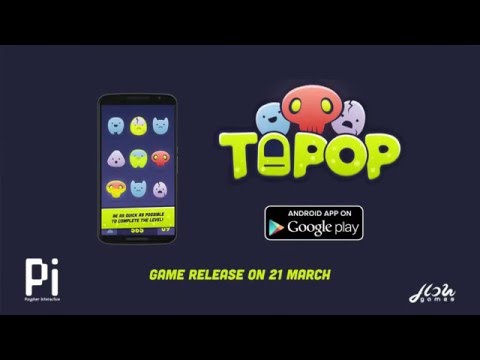 Tapop is a simple and addictive game that will test your screen mashing skills.

You tap on characters as they appear in order to pop them and chase a high score. Combos can be achieved by hitting the same characters one after another.

In this endless runner players have to tap the screen to help their skateboarding buddy jump over the various obstacles that are scattered around town.

It's a simple one touch game, that offers players a classic arcade-style experience. 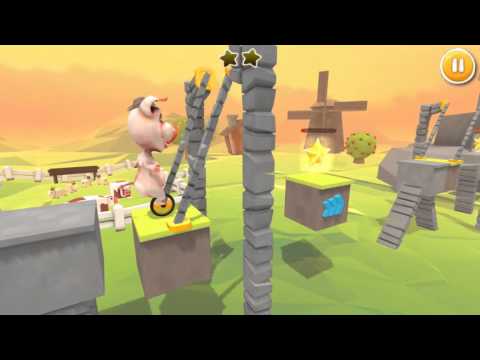 Ever fancied controlling an animal while it rides a unicycle? Then UnoLoco is the game for you.

In this wacky title you have to help a range of animals unicycle their way across a level, all whilst avoiding a range of obstacles and pitfalls.

UnoLoco was also one of the best looking games on display at this year's Very Big Indie Pitch. 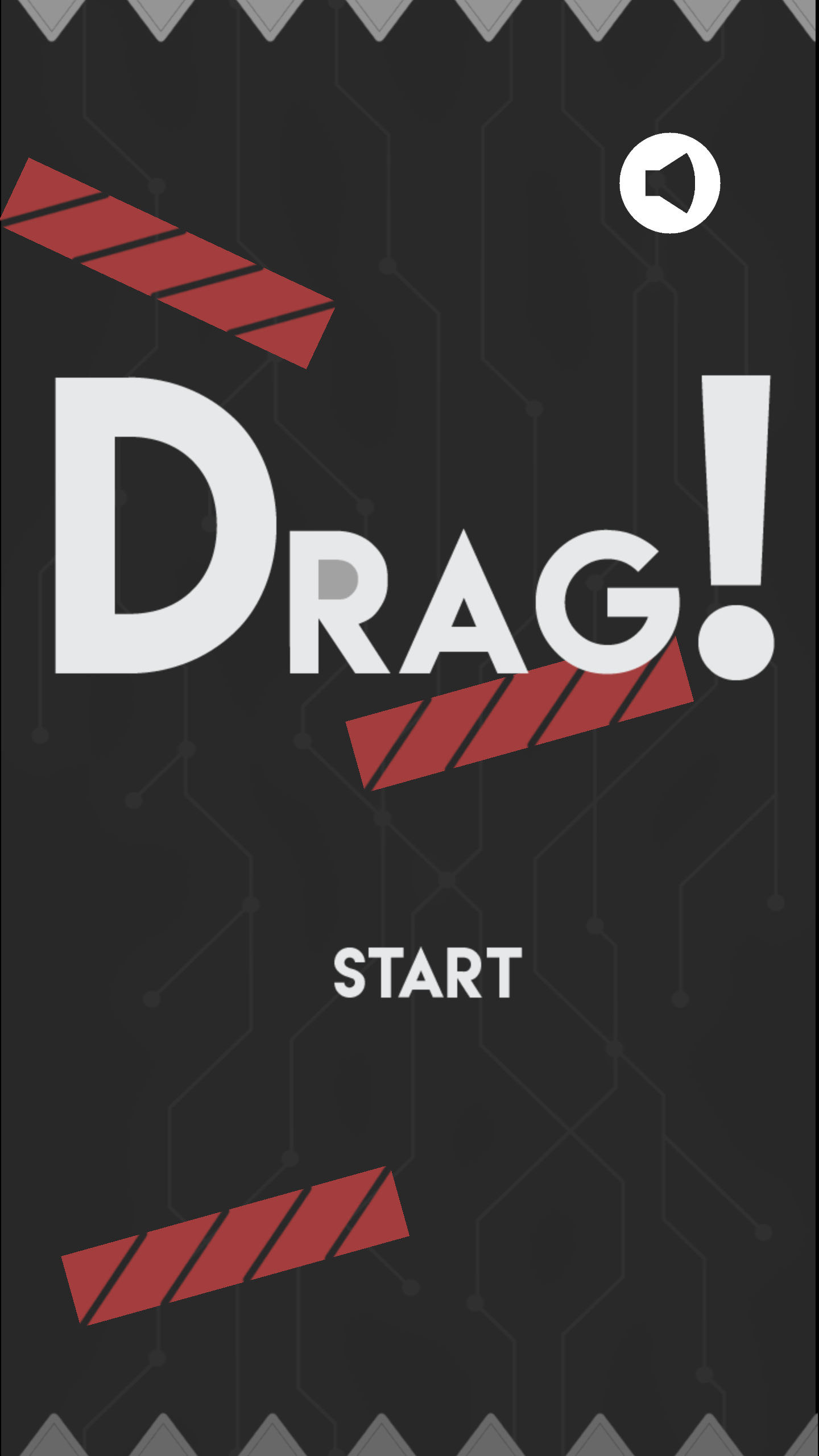 Developed by student Devasheesh Chaudhary, Drag is a game that harks back to the earlier days of mobile gaming.

The premise is simple. Players have to drag the blocks that lay on the screen in order to make sure that the ball in play doesn't hit the spikes above or below.

It sounds easy, but with a range of blocks that all do different things, Drag offers a challenging and addictive arcade experience. 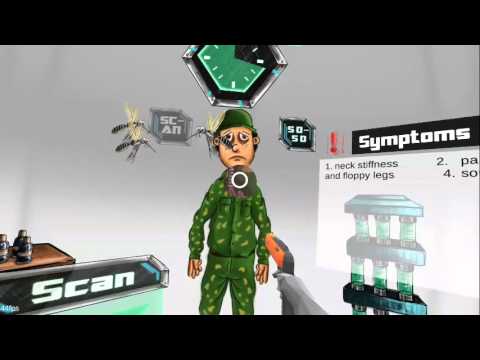 Mr. Aid is a virtual reality experience that hopes to not only entertain, but also educate people about some of the worst illnesses in the world..

You are Mr. Aid, a superhero with the ability to cure the ails of others, that is as long as you can identify what's wrong with them.

Inspired by the likes of Nintendogs and even Tamagotchi, Paw Adventure allows players to own a virtual pet dog.

That's not all though as players can also train their dog through a range of mini-games.

Paw Adventures was also the winner of this year's People's Choice award. 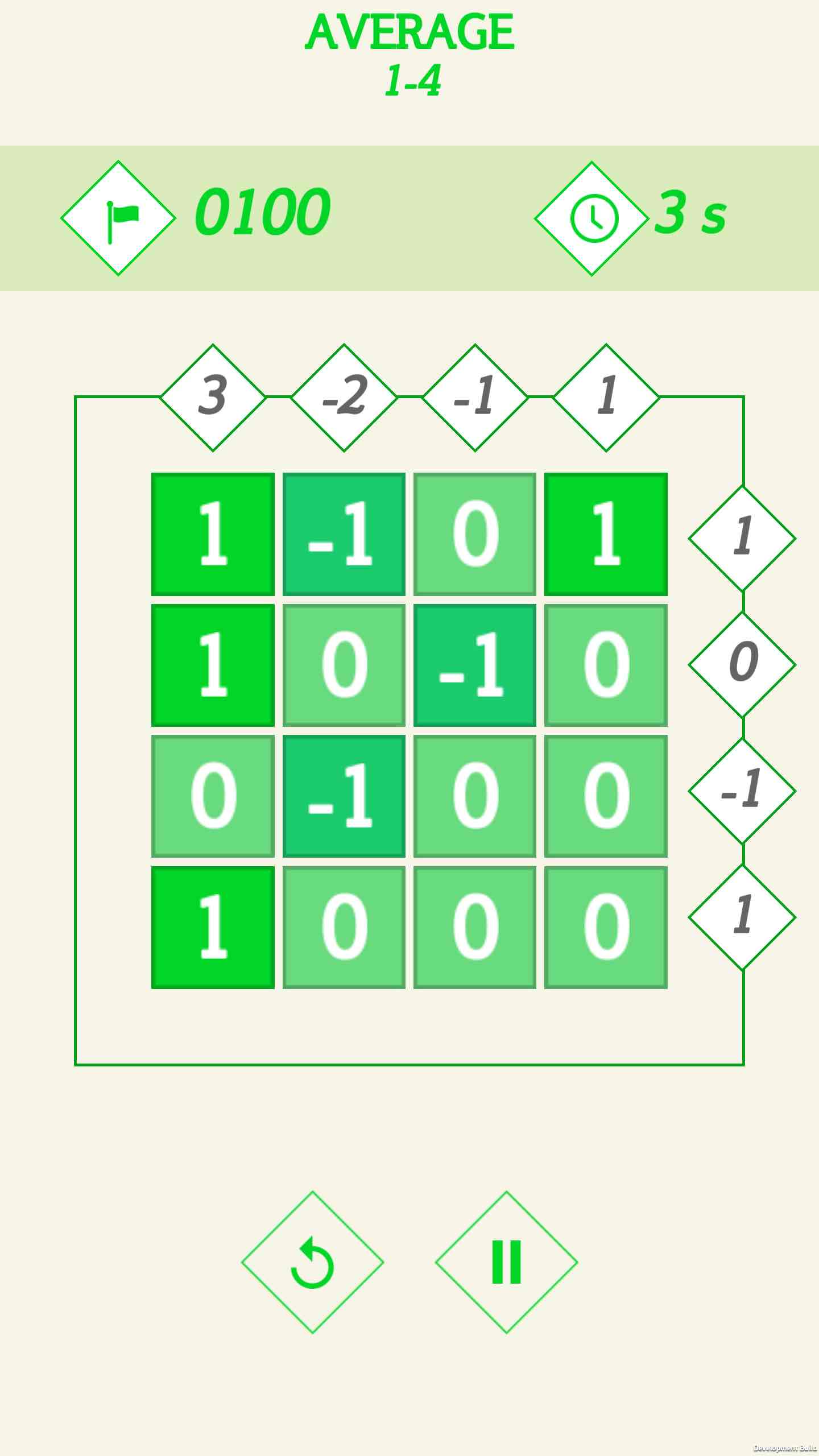 -101 is a Sudoku-inspired puzzle game where you have to manipulate the numbers on a board in order to create the correct code.

Whilst the game starts off simple, it soon becomes extremely challenging and will require the sharpest of minds to complete.

Future Ride
By All in a Days Play

Future Ride is a one on one motorcycle based sports title that's best described as Tron-meets-Basketball.

Players move left to right trying to bounce the ball into the goal, all whilst saving their one boost ability for just the right moment.