Top tier gaming in the palm of your hand

The idea of a gaming phone is so simple, and so obvious. Mobile phones have been used for gaming since awful black and green panels and Snake, so it's not shock to see phone manufacturers get truly serious about gaming on the go, and that is what the Black Shark 2 feels like. A truly serious gaming phone.

That's not to say that it hasn't already been attempted. Going back as far as the N-Gage and the Sony Ericsson XPERIA Play, manufacturers have done their best to try and cater to the gaming market, and with mobile games coming closer to resembling their console counterparts - and making loads of money while they're at it - companies like Razer and now Black Shark are more than happy to try and get a piece of the pie. 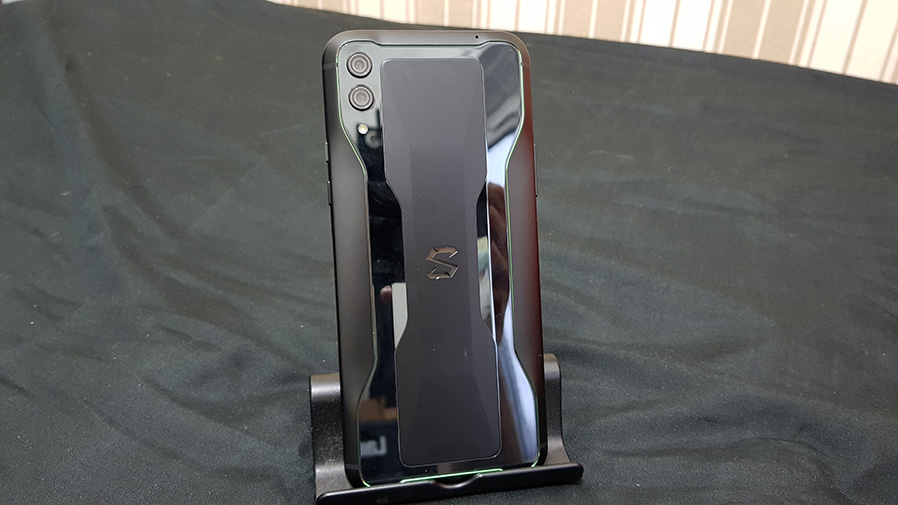 But we've seen so many phones choked by frippery and ideas that should have stayed in the demo room. So it's nice to see that so many of that fluff is stripped out here. The Black Shark 2 focuses on one thing - gaming.

The Black Shark 2 is shockingly sleek and stylish. Sure, it does have an illuminated logo at the back and two LED strips on the sides - gamers love lights, after all - but they're surprisingly understated.

This phone wouldn't look out of place against any other high-end stylish Android phone, and it does that while managing to appeal to the demographic that demands RGB lights strobing from their PC cases.

The metallic body and clean design make it feel like the high-end product it is, despite being reasonably priced. It certainly has a bit of bulk added when you slap on a case, but that's true of all phones, and it doesn't exactly stick out of your pocket like some products might. 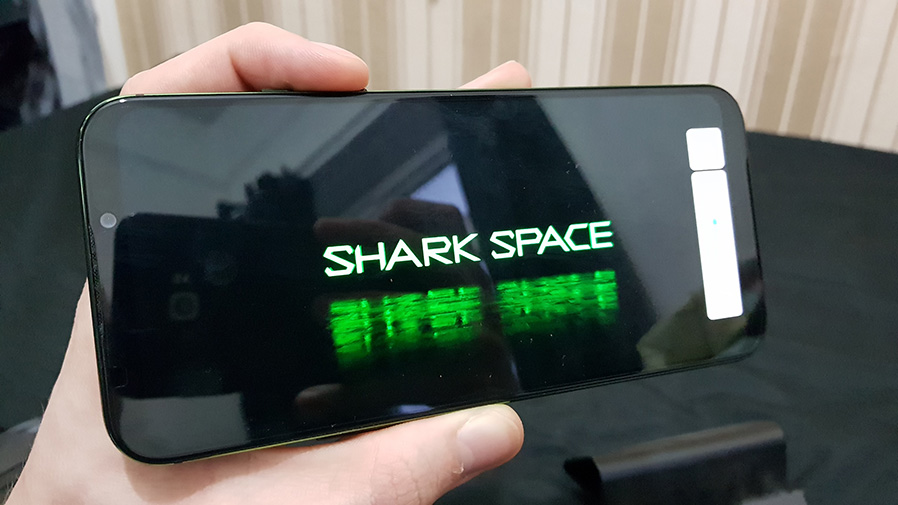 The device does lack a headphone port, but with bluetooth options and an included USB-C dongle, it shouldn't be too much of a problem.

But if this phone is going to catch your eye, it'll be when there's a pair of controllers attached. This truly is a gaming phone, letting you to strap on a controller to each side with the aid of a case.

The Black Shark 2's controllers work with games that support controllers natively, but if a game you want to play doesn't, then you can use a menu system to assign areas on the screen to buttons.

A replacement for slippery on-screen joysticks, throwing aiming and shooting onto the shoulder buttons, flicking between weapons on the d-pad - it's all possible in a game like PUBG Mobile thanks to these controllers.

The controllers work surprisingly well. In games like PUBG Mobile especially, where there are fixed points to interact with on screen, it's simple to assign buttons to those locations and tap away at the controller, and if you run out of buttons to map, you can of just touch the screen for anything that remains.

There are a number of minor problems here, though. The controllers snap onto the phone, and when they do that, they cover up the USB-C port. That means any USB-C functions, like screen mirroring over HDMI, charging, or attaching wired headphones are all out of the question. Though how much this will hamper things remains to be seen. 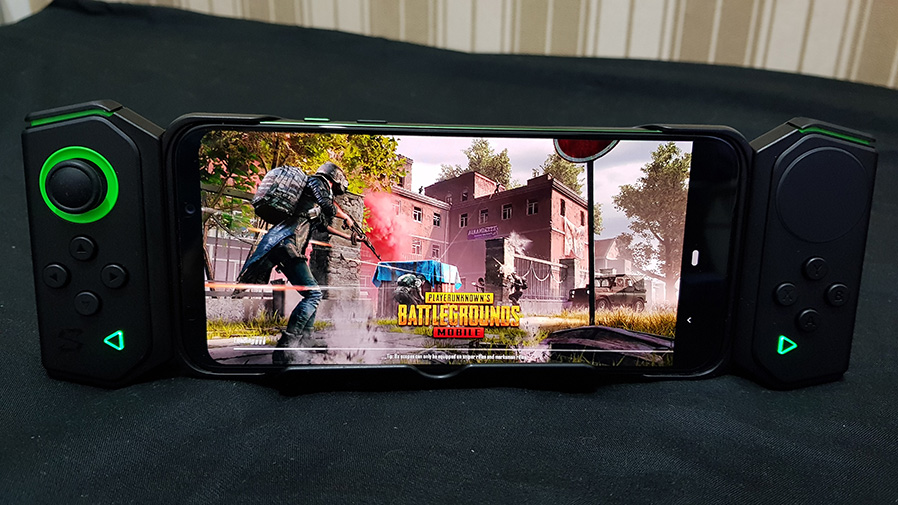 But it's a gaming phone because it has a dedicated gaming mode. A switch on the side of the device activates Shark Space, where other phone functions become unusable, letting you disable notifications, shut off background apps, and focus all of your phone's power onto the games.

If you want to get serious about PUBG Mobile, or just want to get as many frames as possible while playing Super Mario Run, this is the way to do it.

The pitch is great. There's good reason to believe this smartphone, with its powerful specs and appealing design, could be the best place to play Android games, in addition to having a decent dual rear camera, and all of the other features you would expect from a stock Android phone.

Whether the battery life and accessories can stand up to some hardcore gaming sessions remains to be seen yet though.