Ice Cream Sandwich (ICS), the fourth major evolution of the Android operating system, ties smartphone and tablets together with one unified OS. And in the process, it brings a multitude of new features, apps, and killer options to all Android users.

When this thing goes live later this year, Android fanatics will be able to send contact info by tapping phones together, unlock their tablet just by looking at it, take panoramic shots with one tap, and never exceed 3G data limits again.

Android 4.0 is a revamped and redesigned mobile OS, and all in all looks to be the biggest feature leap for Android yet. Ice Cream Sandwich offers countless reasons to get excited, then, but we've picked out just ten that make us want to install it right...this...second. 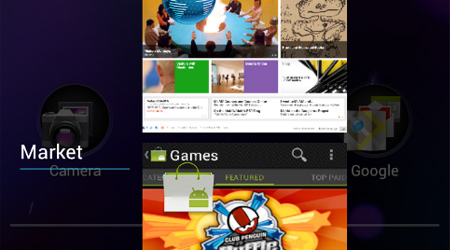 Multitasking is made easy, and gorgeous, in Ice Cream Sandwich. Tap the 'Recent Apps' button and a list of thumbnails sprawls onto the screen, each showing a screenshot of where you last left off. Tap an app and jump back into the fray.

You'll also be able to control music tracks from the pull-down notification bar, dismiss individual pop-ups with a swipe of the pinky, and access your notifications from the lock screen. Handy stuff. 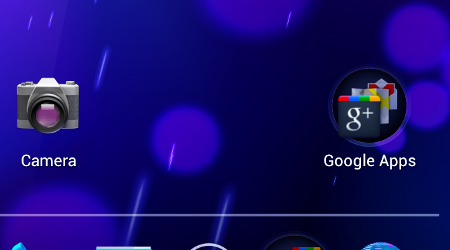 Android has taken a leaf out of Apple's book with the way you make folders in version 4.0. Drag one app or contact on top of the other and it automatically creates a little drawer for your stuff.

There's also a pre-built favourites folder that you can chuck your favourite stuff into. This tray of most-used apps can be pulled out on the home screen, so you're never more than a couple of taps away from playing Minecraft - Pocket Edition. 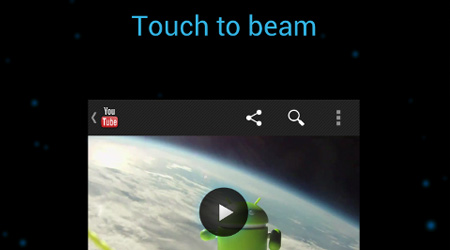 Android Beam uses Near Field Communication (a wireless communications tech for two gadgets that are in close proximity) to let you swap apps, contacts, music, and videos with nearby friends.

Simply smack a pair of Androids together and a data-sharing bond is forged. Now, you can tap on content to send them across. If you beam an app over to your buddy, it simply loads the Android Market and takes them directly to that app's product page. 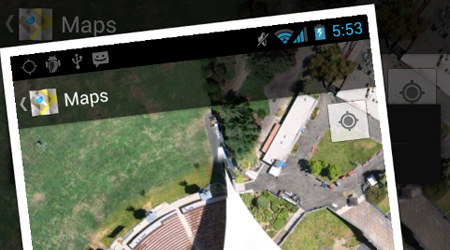 Taking a screenshot on most Android phones has always been a major pain in the tuckus. Unless you're willing to root your 'droid and fiddle with its innards, there's no easy way of showing off what's displayed on your screen to the wider world.

Thankfully, Google has seen the light and introduced screen capping as a system-wide feature in ICS. Simply click the power button and a volume control button at the same time and the phone will save an image of the screen in your local gallery.

When Steve Jobs introduced the very first iPhone in 2007, he pointed out the flaw with hardware buttons. Referencing most of the smartphones on the market at that point, he said: "they all have these control buttons that are fixed in plastic and are the same for every application - well, every application wants a slightly different user interface."

It looks like Google finally agrees. Options like 'Back', 'Home', and 'Recent Apps' are now virtual buttons displayed on an on-screen system bar. And this thing can be dimmed for full-screen views like games and movies.

We see the advantages straight away in the newly announced Galaxy Nexus, which has a much bigger screen and can ditch the physical buttons on front. 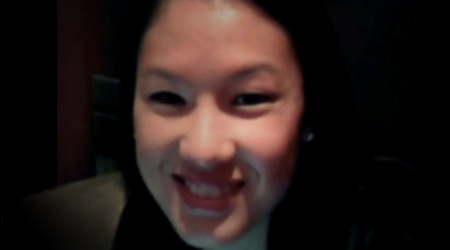 Want to make doubly sure that no one else can unlock your Android blower? A new security setting lets you keep your phone on lockdown until the handset's front-facing camera identifies a familiar mug in its midst.

Head into the screen-lock options and tap 'Face Unlock'. It will take a look at your face and store it in memory. Next time your phone turns off, it will refuse to unlock until its facial recognition technology registers the same visage again.

If your face gets changed or rearranged for whatever reason, don't fret - a back-up pattern or pin lock can be used to gain access. 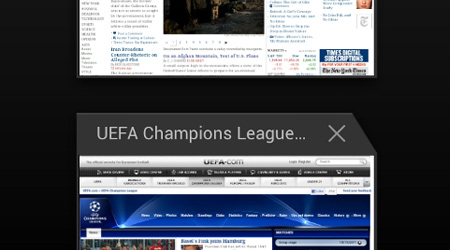 Browsing the web on Android just got a whole lot easier. Browser tabs (which max out at 16) let you quickly switch between pages, while a setting in the pull-down menu lets you request the full desktop version of a site.

You can also sync Google Chrome bookmarks with your 'droid browser and save pages for offline viewing, so you can read them later.

On top of that, web surfing is made much faster with dramatically improved page-rendering performance - thanks to updated versions of the WebKit core and the V8 Crankshaft compilation engine.

Android devices are infamous for shipping with a memory stick full of shoddy apps, chosen and installed by the mobile's manufacturer and network. You can't delete them, unless you have the guts to root the phone.

But never fear, Android 4.0 is here! The 'All Apps' launcher lets you grab an app, get information about it, and immediately uninstall it. If it's a pre-installed app, you can disable it, so it will hardly ever bother you again. 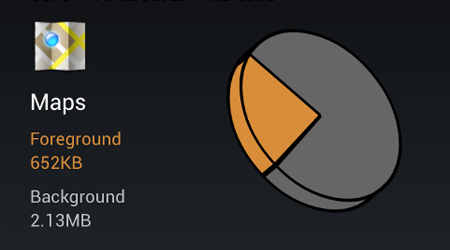 Ever exceeded your contract's data plan because some naughty app was sapping your bandwidth? Android 4.0 introduces a slew of controls for managing network data usage to make sure this doesn't happen again.

Under 'Settings', you'll find a screen with charts that show the total data usage on each network type (mobile or wi-fi), as well as the amount of data used by each running application.

If you want to make damn sure you don't go over your limit, you can set warning levels and hard limits on data usage. 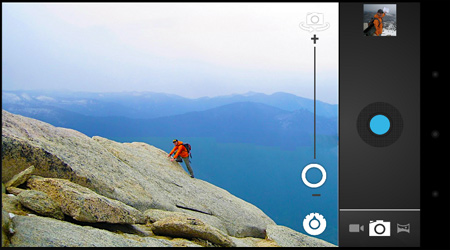 Androids usually come armed with a beefy camera or two. For would-be photographers, citizen journalists, and those who tweet a picture of their lunch every day, ICS comes packed with features to enhance your photo taking.

When taking pics, continuous focus, zero shutter lag exposure, and decreased shot-to-shot speed help capture clear, precise images. Face detection picks out mugs and automically focusses on them, while you can tap to focus anywhere in the shot when necessary.

While shooting video, you can grab a snapshot at full video resolution just by tapping the screen. Or with the single-motion panorama mode enabled, you can slowly move the camera across the landscape, then sit back and relax while your clever little machine stitches the images together and burps out a panoramic shot.