'Watch' out for these features LOL!!

Apple Watch got updated this week. All you have to do is open up the Apple Watch app on your iPhone, find the software update, and download the new watchOS 2 update to your watch.

But that seems like a lot of time and effort. What do I really get out of this new firmware update? Glad you asked, as we have prepared A LIST. So, uh, read it.

The headline feature of watchOS 2 is that third party apps (the ones you download from the App Store) are now faster and more powerful, as they run natively on the watch - instead of always using your iPhone as a processor.

Your phone is still needed for the apps to work, but updated apps will be snappier and can access more features on the watch including sensors for improved fitness tracking. Plus… 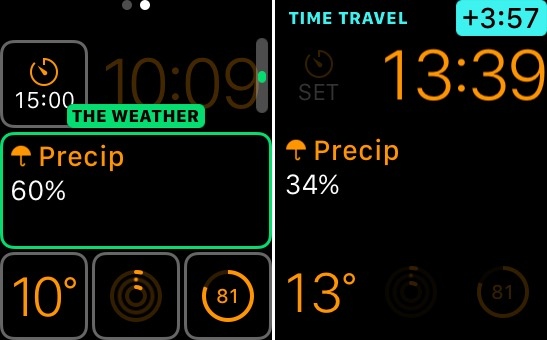 Third party apps can now deliver little scraps of data to the watch faces with customisable 'complications', like Utility and Modular.

We tested it with The Weather Channel, which can show the percentage chance for precipitation. They can even work with time travel, which we'll get to in a bit.

Now I just need someone to make a complication so i can check my Twitter follower count by raising my wrist. Then I'll be sorted. Then life will be worth living again.

The friends stuff is better

You can now manage your friends list (the one you see when you click the side button) from the watch itself, rather than your iPhone. You can also create multiple pages, if you have more than 12 friends. You social animal you.

You can also use multiple colours when drawing pictures of penises when sending those Digital Touch messages. Other images are also possible. But it's largely just dicks.

There are new watch faces 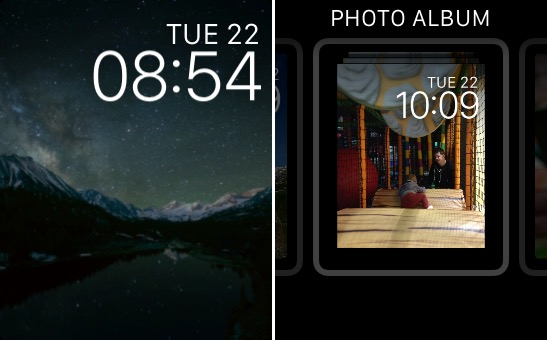 Apple's main new watch face is time lapse, which shows high-speed video of cities like Paris and London. Or, you can use a specific photo or an entire photo album. A random image from that album will appear whenever you switch on the Watch.

Live Photos will also be supported after the launch of the iPhone 6S.

Also, watch faces with customisable colours now have more hues to pick from. And an ugly multicolour display if you want your watch face to make your rainbow coloured dungarees.

You don't need a dock to do this, but it will obviously work better and won't fall down behind your bed in the middle of the night and be stolen by a family of mice.

You can TIME TRAVEL WTF 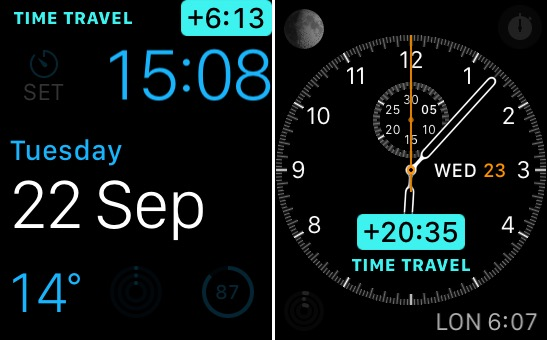 Oh, wait. This isn't as cool as I thought it was. But it's still pretty useful: twirl the digital crown around while on the watch face and the complications will change to show what things look like in the future.

Weather, moon phases, and calendar events will all change to show what things will look like in, say, six hours. Third party complications will support it too. Complications that don't change will be greyed out.

You can dictate replies to emails

Many of Apple's own apps have gotten new features. Maps does public transit in select cities, for example, and Music now lets Apple Music subscribers listen to Beats 1. But the big one is the ability to dicate replies to emails. Finally! 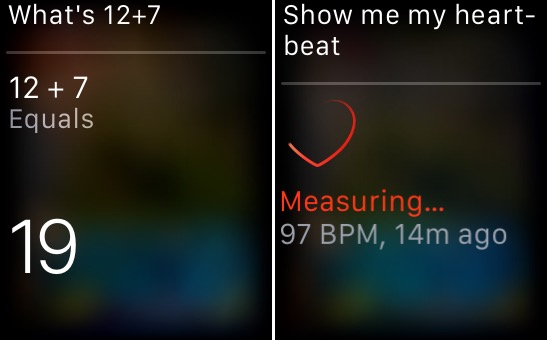 Siri can now do calculations, show glances, and start specific workouts. Basically, she'll do more things on the watch, rather than making you take out your phone and wonder why you bought this stupid thing in the first place jeez.

Siri's waveform also has a new look and rainbow design to match the one in iOS 9.