A horde of indie developers and aspiring App Store superstars from around the world pitch their upcoming games to a cabal of super famous and handsome journalists.

But, as with speed dating, the developers only have a few minutes to show off their wares before they're hurried along to the next critic.

We held our most recent event at AppsWorld in London (you can see the event in our photos and video), and saw more than 20 games and heard 20 heartfelt pitches in a frantic two hour session. Of those games, six really stood out to us.

These games, then, are the hottest prospects from the last Big Indie Pitch. Remember that you read about them here, first.

Voxel Rush
By HyperBees - Out on Android, coming to iOS in November 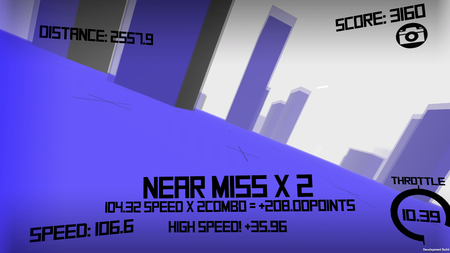 Abstract endless racer Voxel Rush is about speed and danger. Your job is to charge through an ethereal cityscape of milky-white skyscrapers, and ride as close to those obstacles as possible - without slamming into them.

The iOS and Android game runs at a white-knuckle pace, but you never feel like you can't ably pilot your runaway ship with a twist or turn of your phone.

And while the basic act of scraping perilously close to these towers is fun enough, the game throws in some absurd special events to mix things up. One turns the game on its head, forcing you to mirror your movements. Another makes the obstacles topple over around your ears.

Slotting nicely into the category of rock-hard abstract games popularised by Super Hexagon, and marrying that with first-person endless-runner Into the Dead, Hyperbee's Voxel Rush is fast, dynamic, engrossing, and a thrill to play.

Chippy
By Glitche.rs - Coming to iOS on October 31st 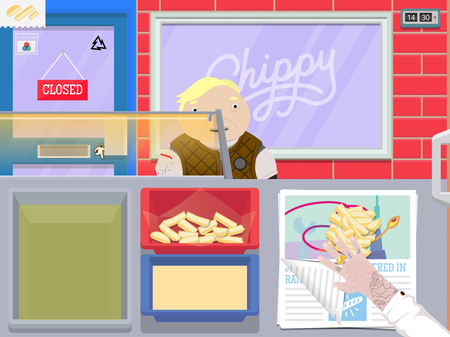 This cute cartoon game from Shoreditch-based developer Glitche.rs, puts you in charge of a chip shop and tasks you with keeping up with the demands of your customers.

You start with just chips, which you dump in the fryer and then wrap up in newspaper - with a few satisfying little swipes - for your hungry clientele. But things just get more complicated from there.

You'll start having to add salt and vinegar, deal with sausages and fish, batter certain meats, and make sure nothing burns to a cinder. It's a hectic time-management game, and a lot of fun to try and keep up - and most thrilling when you can't. 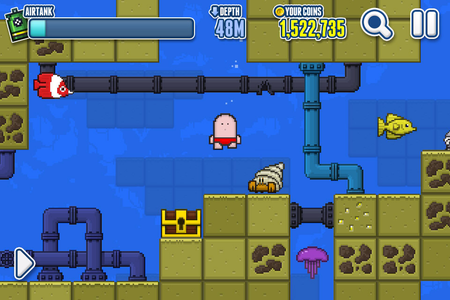 The roguelike bit comes from the fact that the game world only moves when you do, like 868-HACK. The developers told us that this lets you play the game while doing something else, because nothing will happen in Deep Loot when you're not looking.

The game's also got some nice chunky pixel-art visuals, and a catchy chip-tune soundtrack. The creators - who last made Winter Walk - also pulled in a few favours to get cameo characters like Thomas (Was Alone), Meganoid, and Ben (There) and Dan (That) as bonus divers.

Deep Loot looks like the sort of game that certain players will obsess over until they've found every secret item and treasure chest. We'll wait to see if it's, ahem, deep enough to keep us diving over and over again. 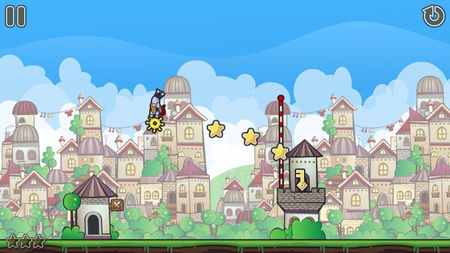 You only need one finger to play Epic Eric, because all you do is tap the screen to jump. But that doesn't mean it's without depth - it's all about timing that jump just right so you spring off a spinning cog at the right angle, or land on a moving platform.

The levels get bigger and more complicated, and noble knight Eric will have to make more death-defying leaps in his attempts to collect stars and rescue the dainty princess.

But if you think this is yet another game to suffer from that boorish sexist trope, think again. If you tap a button on the main menu, a big letter A drops down, lands next to the game's name, and switches it from Epic Eric to Epic Erica.

Now you can play as the princess as she swings, bounces, jumps, and rides on magic pigeons to save Eric. It's a clever idea that turns a typical fairytale on its ear, and helps Epic Eric(a) stand out from the crowd.

Sound Ride
By Out of the Bit - coming soon to iOS 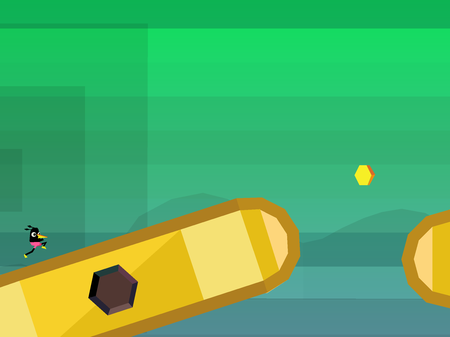 Sound Ride looks like a pretty typical endless-runner. And, to be perfectly honest, it is. A little black bird in pink pants runs through randomly generated worlds and you tap the screen to leap over spikes, gaps, and monsters.

But it has some interesting new ideas. Sound Ride makes good use of physics to build bouncy bridges that sag under your weight and giant platforms that tilt and turn as you run over them.

Plus, the dynamic soundtrack changes based on how well you're doing. And the developer plans to introduce a Spelunky-style daily challenge, where all players get one chance to prove their skills on the same stage.

Oh, and also of note - the game's levels and dashing vector visuals were all made on an iPad, thanks to Out of the Bit's clever custom toolkit. 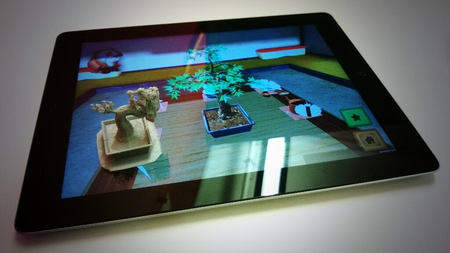 And now for something completely different. Tiny Trees is about relaxation, and slowly putting together a zen garden of bonsai trees. It's specifically designed to offer a calming alternative to nightmare public transport around the world.

Each time you plant a seed, you get to see the seed's spirit - a sort of ghostly blueprint of what it wants to look like when it grows up. So you need to water, trim, and bend the tree, as it grows, to fit that design.

Once it's done, you can view a timelapse video of your tree growing from sapling to bonsai. And Developer Whispering Gibbon also told us it's experimenting with 3D printing and showed a darling resin model of a finished bonsai.