Hot games in the cold climate of the Ukraine

The Ukraine might not be the first place you'd think of if you were seeking out amazing independently produced video games.

Borscht? Yes. Cold weather? Sure. Dangerous driving? Absolutely. But cool indie games? Not so much.

However, excellent indie games are exactly what I found at Casual Connect in Kiev last week.

There was just so much great indie stuff for mobiles and tablets at this games industry event. Below, though, you'll find my five top picks. Yep, the five most innovative and engaging indie games at the show. In my opinion.

The Inner World
By Studio Fizbin - heading to iPhone and iPad 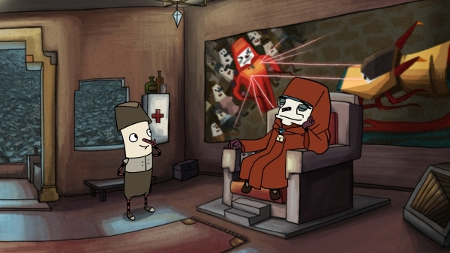 This game is very special, indeed.

The Inner World is a classic adventure game with a hand-drawn cartoon style, exceptionally well-written jokes, and an odd cast of characters (the hero can play his nose like a flute). This point-and-clicker is already out on PC and Mac, but the iOS version is only weeks away from release.

The transition from desktop to mobile has been incredibly smooth. The UI is elegant, for one. To navigate, you just tap where you'd like to go next. And if you hold your finger on the screen, you'll see all the nearby interactive objects (à la the Broken Sword games).

Fans of Grim Fandango, Machinarium, Loom, and Samorost should be getting very excited right about now.

A Knight to Remember
By Staalmedia - heading to "tablets" 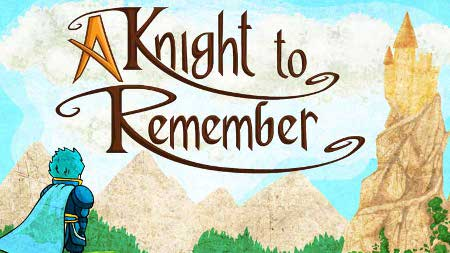 There's an intriguing story with a lot of potential here. This game's all about memories and story tropes within a traditional "damsel in distress" narrative.

The gameplay itself involves your matching two cards of the same type. Each pair you match removes a chunk from the health bar of your opponent. Chip it all away and you win. It's a standard memory game but with a battling twist.

If there's a problem with A Knight to Remember, it's that the ambitious Story mode is really short. There are only a handful of unique levels available here.

However, there's a two-player mode to extend its shelf life a bit. And you can use all of the characters you meet in the single-player mode - who all have special stat bonuses - in games against a friend.

Run Vova, Run
By Neskinsoft - out now on iPhone and iPad 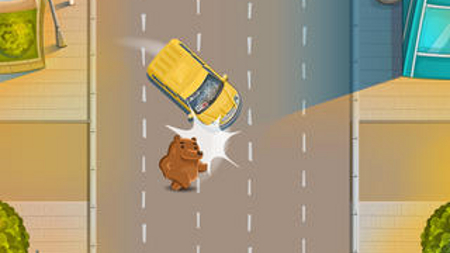 Neskinsoft's "1D endless runner" is Frogger for the 21st century.

After picking from a large cast - including Vova, Olya, a grizzly bear, and a chap who looks an awful lot like Psy - you have to run left to right across the same stretch of road. If you pick up cute animals along the way, you score bonus points. Your main goal, however, is to avoid getting hit by the traffic.

There are power-ups available, but you'll mainly need to rely on your timing skills to make it across unscathed. By tapping and holding anywhere on the screen, you stop in your tracks, thus allowing cars to pass before you move forward.

You can't stop forever, though. And when you release your finger from the screen, you dash ahead at a faster pace than normal for a short while. 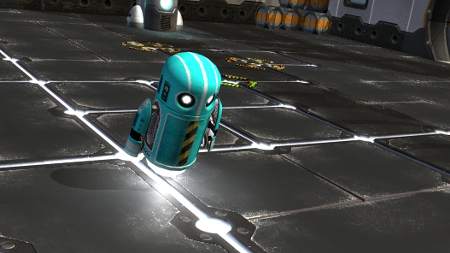 Educational games have come a long way since the days of Mario's Missing. If you want some evidence of this, check Algo-Bot out.

Fishing Cactus is creating a game here in which you are taught the basic theories of programming... albeit without the need to write a line of code.

Instead, you program the route of a robot to reach a goal marker upon an isometric map, using arrows that symbolise forward movement, turning 90 degrees, and so on. When you think you have the solution, you press the 'Play' button, and your robot acts out your instructions.

For added depth, you only have a limited number of moves you can program at once. This is where you need to start thinking about Functions. Functions are smaller sets of pre-programmed routines that you can add to your route multiple times to cut down the number of moves you use. 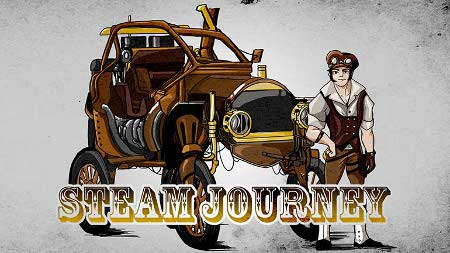 You're a low-profile inventor with a few parts lying around the garage. Before you is an enemy army and all sorts of environmental hazards, all of which are blocking the path to your next destination.

So, what do you do? Why, you 'do an A-Team' and create a hulking tank-like monstrosity, of course.

Steam Journey is essentially Bad Piggies with a steampunk aesthetic. Arkadiusz Kwasny's game is very rough around the edges, but that's part of its charm.

You use a grid to lay out the various parts of your vehicle; set it in motion; and then command it to jump and boost at the correct times as you attempt to navigate the landscape.

The visuals need a lot of work, especially the menu design, but looks can be deceiving. And while the core gameplay is a little chaotic, the overall experience is undeniably solid.