Ensemble Stars!! Music: Everything you can expect from the half-anniversary event

Music and merrymaking are what it's all about this month as Happy Elements celebrates the half-year anniversary of Ensemble Stars!! Music. Bagging an Honorable Mention under the Best Pick Up & Play category at the #GooglePlayBestOf2022 awards across 4 markets in Thailand, Singapore, Malaysia and the Philippines, the rhythm-slash-management game is giving away special rewards to thank their loyal fans for their love and support throughout these past six months. 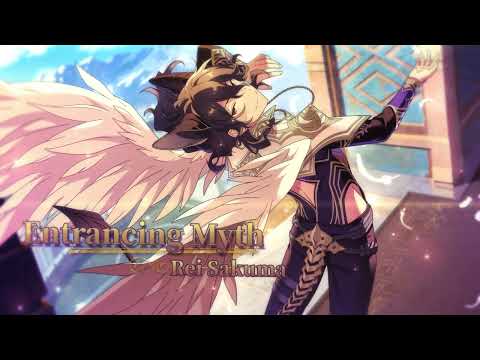 Ensemble Stars!! Music is expressing its gratitude to all the avid players of the game with a special Half Anniversary Campaign. In particular, players can expect to score Half Anniversary 10-Scout Ticket completely free of charge just because! From December 12th to January 15th, players who log into the game can nab this valuable ticket for free.

To make sure all players can get their fill of special Scouts during the festivities, the game's Half Anniv. 5-star Guaranteed Scout from December 16th to January 16th will offer players a one-time-only Scout that gives away a 5-star card with an MV outfit. That's a full month to claim this reward to make sure you don't miss out!

And finally, the Half Anniversary Packs (all 4 of them) will be available on sale during the event as well, so there's no better time than now to give yourself a little holiday treat this season.

If you're keen on joining in on the festivities, you can download Ensemble Stars!! Music on the iOS App Store and on the Google Play Store for Android devices. It's a free-to-play game with in-app purchases. You can also join the community of followers on the official Twitter page to stay updated on all the latest developments, or head on over to the official website for more info.

What's A Preferred Partner Feature?
From time to time Steel Media offers companies and organisations the opportunity to partner with us on specially commissioned articles on subjects we think are of interest to our readers. For more information about how we work with commercial partners, please read our Sponsorship Editorial Independence Policy.
If you're interested in becoming a Preferred Partner please click here.
Next Up :
App Army Assemble: Evidence 111 - "Is this audio adventure worth a listen?"

Ensemble Stars!! Music welcomes its new Spring-themed event, which introduces a ton of new campaigns alongside some new Cards to roll for

Ensemble Stars!! Music - everything to look forward to in the game's show-stopping launch