There hasn't been a new Warhammer game announcement for at least a week. What's going on?

Oh, wait: Pixel Hero Games has just confirmed that Eisenhorn: Xenos will be heading to mobile.

Anyway. Eisenhorn: Xenos is based on the first book of Dan Abnett's Eisenhorn trilogy of novels, also called Xenos. 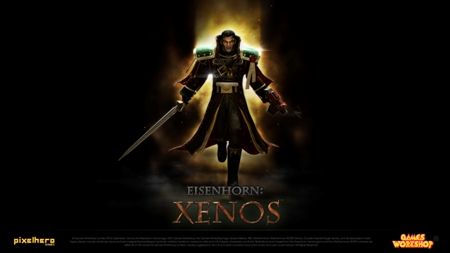 Eisenhorn is an Inquisitor (a group of secret enforcers and the intelligence of the Imperium) in the Warhammer 40K universe. Being part of the Ordo Xenos, Eisenhorn has to focus on policing and hunting Alien Hunters.

Pixel Hero's last game was the action-adventure game Spiral: Episode 1. It seems as though Eisenhorn: Xenos will be in the same vein as that game.

We haven't got any more gameplay details on Eisenhorn: Xenos, I'm afraid. We do know, however, that it'll be available for mobile in 2015.

Pocket Tactics
Next Up :
Xbox Cloud Gaming user metrics reveal that touch controls are exclusively used by one fifth of players