Hero Academy maker Robot Entertainment has turned its attention to deep space for its second iOS game, mixing action, RPG, and stuff-collection together in a big melting pot of ideas.

The end result is Echo Prime, a shooty, slashy action RPG with an interesting concept of asynchronous co-operative multiplayer.

You play as a security officer who finds himself contacted by otherworldly beings called 'echoes'. You need to use the powers of these space-spirits to shoot things, blow things up, and heal yourself as you fight through a randomly generated campaign. 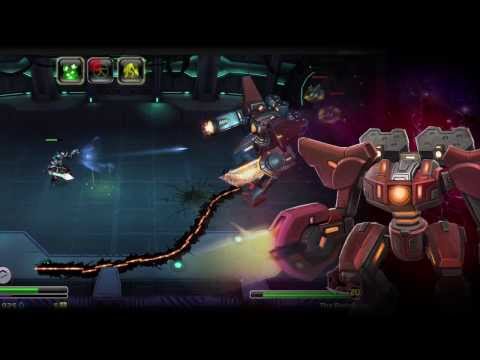 The twist is, you can borrow these spirits from other players, giving yourself and the person you've borrowed from a boost in the process.

The controls are pretty tight, and there's a pleasing level of intergalactic violence on show as well. You'll need to collect equipment, and make sure you've got the right combination of echoes for the task at hand.

Echo Prime should be live on the App Store right now, and it'll set you back £2.99 / $4.99 to pick it up. An Android version is on the way too, and we'll let you know when it's set to hit the Google Play Store as soon as we hear.
Next Up :
Devolver Tumble Time offers tongue-in-cheek match-3 mayhem, out now on iOS and Android