Android players, news of another card game arriving on Google Play may not be wholly exciting, it may even anger you.

But this one did earn itself a Silver Award from us. So hold off with those pitchforks for now.

It's Earthcore: Shattered Elements, which divides its cards into three powers: Earth, Fire, and Water. You lay your cards of each category and then compare them with your opponent to see who takes the blows.

Think of it as "Rock, Paper, Scissors," except there's also another element - Dust - that throws everything up in the air. You'll have to learn how it all works by yourself.

There's a single player campaign that'll help you get to grips with the game but it's the online battles that'll provide you with the majority of your play time.

Earthcore's most distinct feature is its card crafting system as it has over 500,000 possible combinations. Since launching on iOS in May, only 7000 unique cards have been created, so there's plenty more to discover yet. 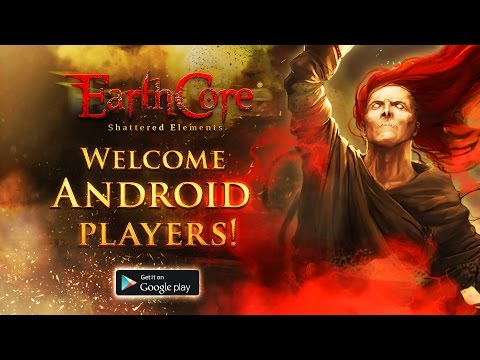 Our reviewer rated the game due to its "Creative new mechanics and a cracking solo option make this worth playing in spite of the occasional dull session."

If that's enough for you to give it a try then know that this newly launched Android version has cross-platform play and is the most balanced version of the game yet.

You can download Earthcore: Shattered Elements for free on Google Play right now.