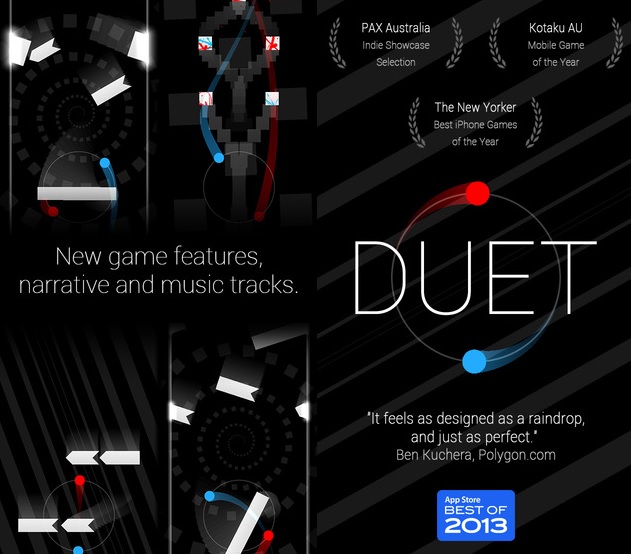 Be prepared to get dizzy once again as the Silver Award-winning Duet has been updated with a ton of new levels and features.

Firstly, there are 40 new epilogue levels to spin your way through in this update. If you're not sick from giddiness after playing them you probably deserve a medal.

Commendably, developer Kumobious has created an entirely new narrative for these extra levels. Even more impressively, the epilogue introduces four new game mechanics for you to tackle.

There are also new music tracks from the game's remix album "Duet Duets" to keep you entertained.

Lastly, you have 14 new Game Center achievements to pursue, and a new "finesse leaderboard" to conquer.

In our review of Duet, we said: "A harsh and unforgiving game, Duet rewards those who put the work in".