[Update] Out now: Dragon Quest I is a classic JRPG shifted into portrait for iPhone, iPad, and Android

Dragons and dragons (Updated: Out now, and on Android) 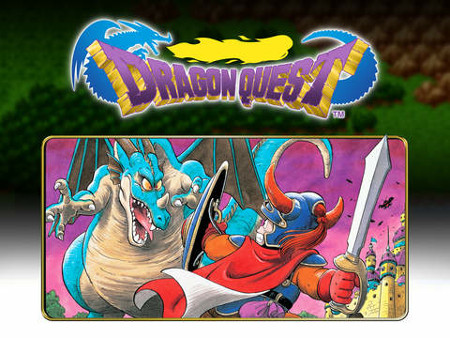 Updated on September 11th, at 16:39: Dragon Quest is now available on iPhone and iPad everywhere, and it's also out on Android. You can get this classic NES role player on Google Play for a measily £1.99 / $2.99. Which is pretty incredible for Square Enix. Chronology be damned, Square Enix has just released Dragon Quest I on the App Store in New Zealand. That means it should be out in the UK at midnight tonight.

The game is a polished up version of one of the original 8bit RPGs. It features dragons, it features castles, and it's more than 20 years old.

As with Dragon Quest IV and Dragon Quest VIII before it, the game has been optimised for smartphones. Which means you play it in portrait.

Happily this entry to the series is a little cheaper than the others. When Dragon Quest I hits the UK App Store later tonight it'll set you back £1.99 / $2.99.