Dragalia Lost is Nintendo's next foray into the mobile games space, and its riskiest move yet. Where the company's previous offerings have had the support of fan-favourite franchises, Dragalia Lost stands on its own as an entirely new world for Nintendo fans.

Riding on the success of its free-to-play hits Fire Emblem Heroes and Animal Crossing: Pocket Camp, Nintendo is trying something a bit new in this fantasy action RPG. While the overall package is awash in top-notch production values and bright-eyed anime aesthetic, the game's inner workings don't do a whole lot to innovate on the gacha format.

A tale of dragons and men

Dragalia Lost is a tale about the land of Alberia, where dragons and humans have found a way to live together in peace. That's all thrown into question when Alberia's Sacred Shard begins to lose power. It's your job to save it by creating pacts with the powerful dragons. 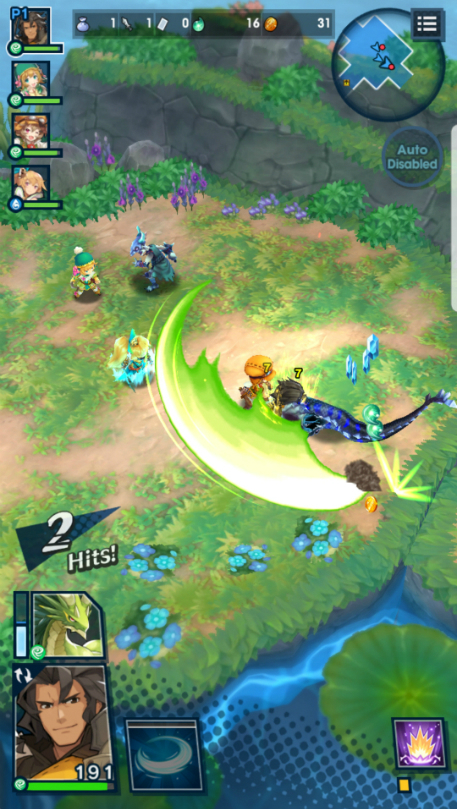 It's typical fantasy fare to frame your questing and character collecting. The story is nothing groundbreaking, but it's supported but strong localization and voice acting, and Dragalia Lost does its best to invest you in the many characters' lives, giving you access to little vignettes that reveal more of their personalities as time goes on.

A dungeon crawler that's a bit light on combat

You'll wend your way through the game's fantasy world, spending time chatting with your team members and meeting new folks along the way, before plunging head first into bite-sized "dungeons" that are usually capped off with a boss fight.

The monsters in each area generally have an elemental affinity, so you'll be taking advantage of their weaknesses to build a team that can top enemies on the elemental wheel. Once you're in the dungeon itself, though, combat is essentially a matter of swiping to move your character across the map and tapping to attack enemies.

You'll have a few abilities at your disposal, which you can unleash on enemies with a simple tap of a button. You can also send in your dragon to do heavy damage for a short amount of time. Apart from this though, combat doesn't require a whole lot of strategy. Attack, dodge when you see an enemy charging up an attack, rinse, and repeat.

Dungeons are quite short, however they can get repetitive quickly. With little in the way of strategy, the game can almost feel like an idle clicker game at times. This is the main thrust of the active gameplay, and it feels like a missed opportunity.

Much of the strategy lies in prepping for battle, rather than your performance in combat. Team composition and might, your party's collective strength, ultimately determine your success in a fight, and you can boost this by levelling up your characters' stats and upgrading weapons. 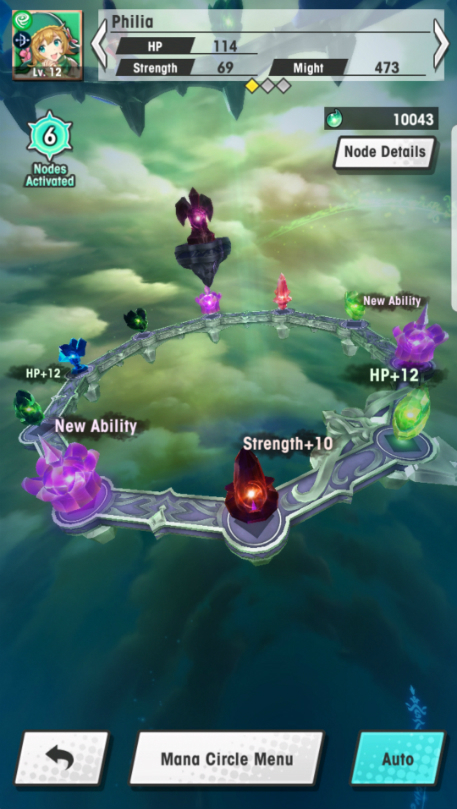 To that end Dragalia Lost has a nigh overwhelming number of systems in place, offering up options for party and item customization.

Use items you collect in battle to upgrade your characters, increasing their level and base HP, Strength, and Might. Alternatively, head over to the Mana Circle, where you can spend Mana you earn from completing quests and other objectives to learn new abilities, unlock character stories, and boost your stats.

Wyrmprints you find in battle or by performing Summons further add stat boosts and in-battle perks.

And, if that's not enough leveling up and upgrading for you, you'll also get your own castle, or Halidom, to build out and improve. Structures like mines, altars, and fruit trees occasionally offer up gold and upgrade materials, and you can even send offerings to your dragon compatriots, who will grant you even more upgrade items in turn.

Dragalia Lost is largely a game about micromanaging your characters, navigating the vast ways you can use different items to increase your power. The action RPG elements are just an added perk that lets you see all of that stat-juggling play out in real-time.

And a little money doesn't hurt either

Summoning plays a large role in creating a powerful team. The game's gacha mechanic, you can use Wyrmite, a rare currency you earn in game, or Diamantium, the game's premium currency that's purchased using real cash, to Summon new adventurers, dragons, and Wyrmprints. All of these sundry goods range in quality along a 5-star spectrum that comes down to pure luck. 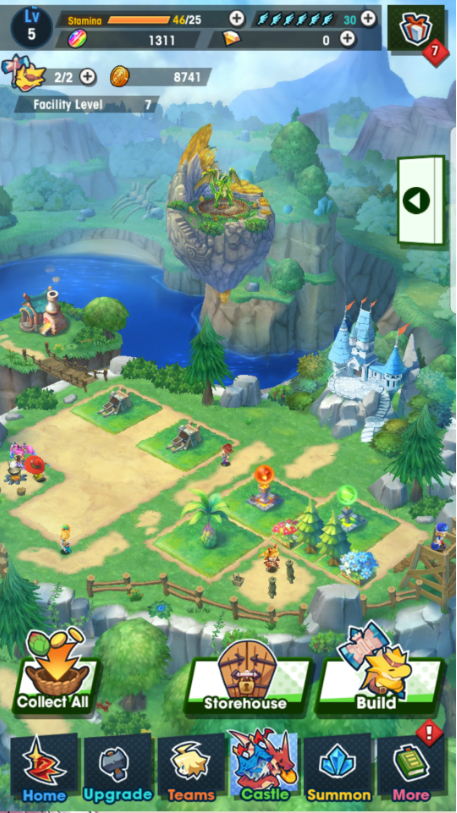 Fortunately, you can play through the main story without spending a penny. You'll accrue characters as you progress, and they do a solid job in combat if you're mainly interested in following along with the narrative.

Should you venture into the game's co-op and multiplayer events, however, you might find yourself in a bit of trouble, though.

It's worth noting, too, that there is a Stamina system. Each quest you complete uses up a point of Stamina, which you regain upon levelling up. However, you level up quickly in the early hours of the game, giving you a surplus of stamina that will last you quite a while.

This sure looks familiar

Dragalia Lost sparkles and shines with all of the polish only afforded a Nintendo property, well assisted by Cygames' practiced mobile development chops. The character designs are well-done, the action is streamlined and silky smooth, and it's all tied together with a pleasant J-pop soundtrack.

That shiny veneer aside though, Dragalia Lost is still very much more of the same. It does little to set itself apart from other mobile ARPGs of its kind, although its IAP systems are a bit less obtrusive.

Without a well-established franchise to back it, Dragalia Lost could very likely fade into irrelevance, especially considering the wealth of creative mobile games available today.

If you enjoy mastering character progression systems and collecting items, however, you'll likely find a lot to love in this game. Dragalia Lost is derivative, for sure, but, for better or for worse, it's also a near perfect example of the gacha genre.

For fans of gacha games, Dragalia Lost is one of the best of the bunch. However, Dragalia Lost is still, at its core, more of the same
Next Up :
DC Worlds Collide review - "DC fan service in an enjoyable gacha package"