Not stealing code this time, but concepts

Perhaps you've heard of Hole.io, a newly-released game on the App Store and Play Store. The premise is fairly simple, and similar to other .io games.

You're a hole, you slide around eating things, and you want to eat things faster than the other players. Eating more things makes you bigger, and lets you eat larger objects, almost like Katamari Damacy... but with a hole.

If the concept of a hole navigating around to swallow things up sounds familiar, that's because it's also the premise of Ben Esposito's game Donut County, an indie game that's been in production for over five years.

Esposito posted a message on his Twitter today, calling out Hole.io as a clone of his own game. He notes that there are some differences - Donut County has a strong focus on story and narrative, while Hole.io focuses on the multiplayer aspect familiar to .io games.

hey all, i didn’t think it was possible but my upcoming game @donutcounty now has a cheap clone at the top of the app store lol. here’s more info. thanks to everyone who emailed me about this!! to get updates on the real deal sign up at https://t.co/b4cl57Pcgl pic.twitter.com/hjvUIrgJan — ben esposito (@torahhorse) June 25, 2018


But both games feature the same core mechanic, enough so that it's awfully tough to argue that Voodoo (the developer of Hole.io and games such as Snake vs Block) came up with it themselves.

Esposito makes it clear that it's disheartening to see his concept appear as free-to-play before he's even had a chance to release his vision onto the market, especially after all the leg work he did to pitch the idea himself. 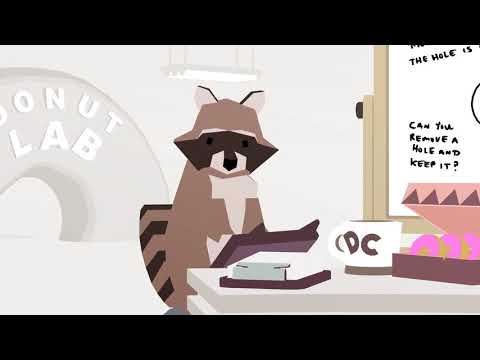 And, he points out in his message, it's likely that we'll continue to see such things happening, as developers struggle to be the top of the App or Play Store pack.

We've already had one example this week, with Bethesda claiming that the Westworld game copies direct code from their Fallout Shelter.

It bears mentioning, too, that Bethesda is a studio that has the resources to call out someone when they think they've been copied – indie developers rarely have the means to do so, and instead have to fall back on hoping their own vision is still compelling enough to get people to play.

But Esposito is also optimistic, pointing out that his own game is a labor of love, something that can't be reproduced in a cheap copy. He's devoted to still bringing Donut County to life, hopefully soon. We'll be watching closely for when he does, and eager to see the product of all his hard work.

Donut County review - "A silly, smart puzzler that will have you smiling from ear to ear"