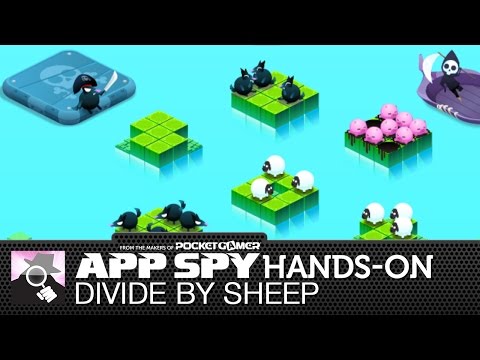 The game's about swapping sheep between platforms, to get a specific number of fluffy friends to safety. It's very educational, but maybe not for little kids…

Because while the game starts off nice and playful, you soon start slicing up sheep by tossing them through laser grids, and then selotaping their bloodied bodies back together. 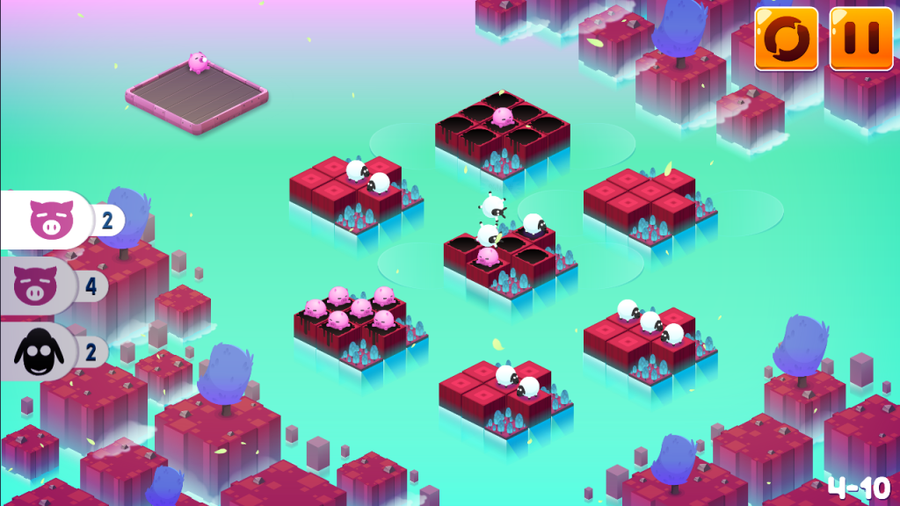 Later levels actually force you to murder sheep, to get a specific number of wooly souls on a barge destined for the underworld. It's morbid, but very fun. We liked it a lot in our preview earlier this year.

Divide By Sheep will have more than 100 messed up puzzles, split across four worlds, when it hits iOS and Steam next month. We'll let you know when it's live.

Divide By Sheep gets updated with another world of devious puzzles