Running out of time

Don't you just hate it when time starts to dissolve?

Sure, it's not a problem you have to deal with on a daily basis, but it's a big problem in sci-fi / horror adventure game Dead Synchronicity.

Fictiorama Studios hasn't said much about Dead Synchronicity yet, but its sleek art style has definitely caught our eye.

All we do know about the gameplay in this one is that you play a guy called Michael during the apocalypse.

There's also this teaser passage on the official webpage for the game:

"A city in ruins. A universe fading away. A world that gets sick and vanishes. No past, no present, no future, just heading for the 'Dead Synchronicity' point."

Anyway, Fictiorama is starting to share its progress on this intriguing adventure. So, if you have any interest in it, check out the video below. 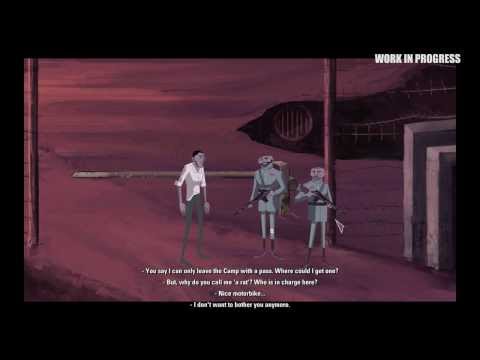 There's bound to be plenty more updates on the progress of Dead Synchronicity's development, so keep an eye out.

The game is hopefully going to be finished by the end of the year. It should be available on PC, Mac, and iPad. Expect to see it on Kickstarter in mid-March, too.

A trio of Daedalic adventure games go on sale