Dead Space to hit iPhone and iPad on January 25th

No one can hear you scream

EA’s spooky sci-fi shooter, Dead Space, will be hitting the iPhone and iPad on the same day as its big boy console release, Dead Space 2, with a recently confirmed January 25th release date.

The portable scare-fest helpfully bridges the narrative gap between the two console games, letting you know what happens between the events of the USG Ishimura “planet cracker” mining ship, and The Sprawl, a densely populated space station just off Saturn.

You don’t play as series protagonist Issac Clark though, instead slipping into the size 16 gravity boots of Vandal.

Unlike its Wii counterpart, and plenty of other high-quality console games that have made the transition to iOS, Dead Space isn’t on rails. It’s a full third person shooter, letting you roam about the space station environment at your leisure. You’ll also be gunning down necromorphs, interacting with the world through touchscreen gestures and upgrading your weapons.

We also know that EA will be making a foray into in-app purchases, as you can chuck real world dosh into the game to beef up your arsenal for the fight ahead.

And here's some gameplay footage. 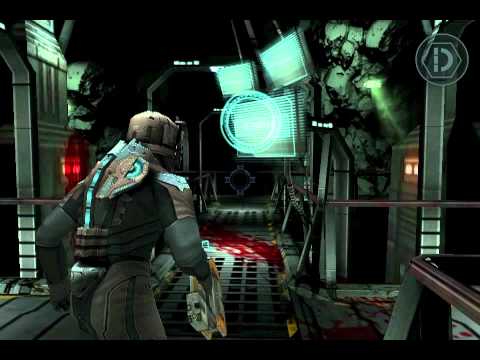 EA gives away 4 games on Xperia Play, including Dead Space and Need for Speed(s)