What were you expecting from a Dead Island mobile game? Was it a mix between a Dungeon Hunter-style zombie mauler, and a tower defence game? If it wasn't, well you just lost the bet, pay up right now please.

This is a super polished undead thwacker with a thick layer of trap-placing and people-saving slathered on top of it. It's definitely not the subtlest game in the world, but it's got enough going for it that it's likely to put a smile on your face.

The game is all about protecting survivors from waves of zombies. The plucky humans cower behind an electrified fence, as the undead stumble along pre-determined paths to try and eat them.

It's up to you to put traps in their way before they set off, then wander around and mash their skulls in when they start their undead shuffle.

The violence is reasonably thick, but it's the environmental ideas that are the most interesting here. You can push zombies into the water, for example, and spring traps to make sure they stay there. 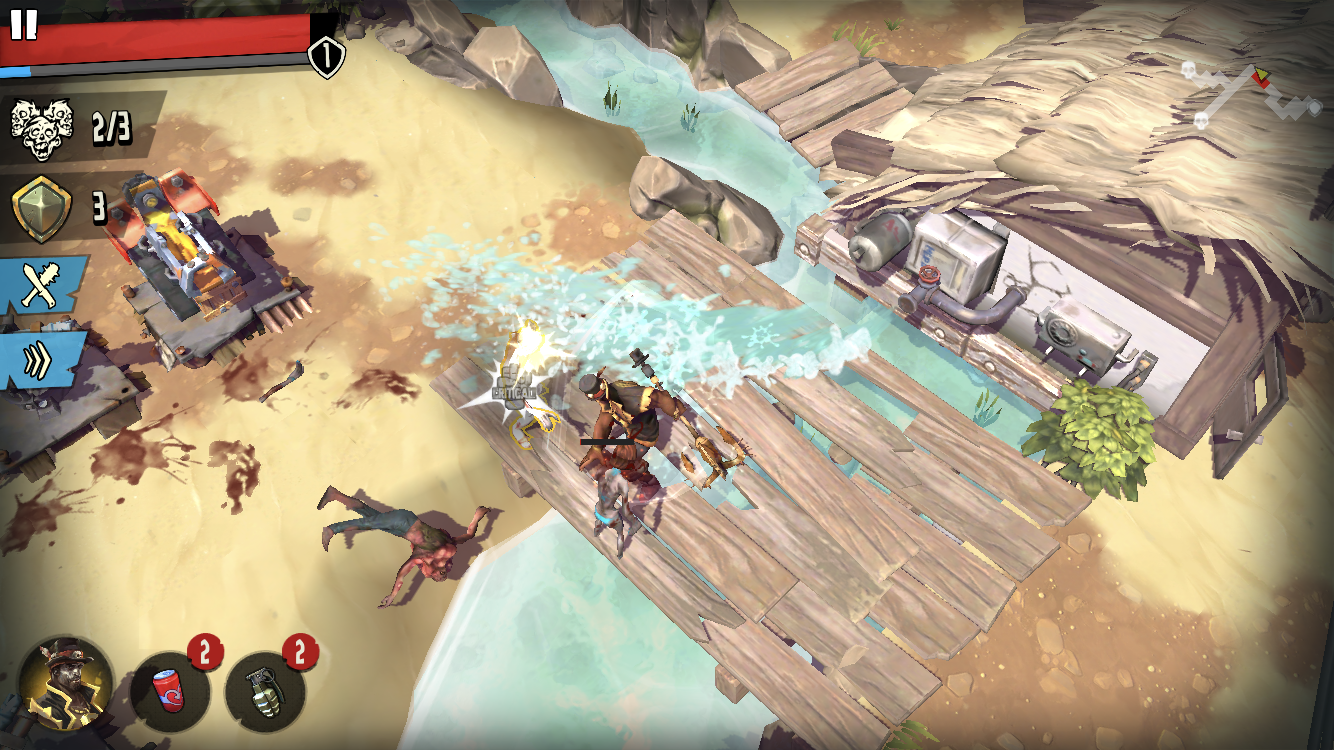 There are shades of the Anomaly series here, with the route flashing red and the diversions you create pushing the undead in different directions, and the hero you control feels like a step up from the likes of Kingdom Rush.

The game looks great too. From the different zombies that are shambling towards your hideout, to the lush island vistas, everything here has a sheen to it that sets it apart from most of the other games on the App Store.

There are problems here though. To begin with everything feels a little too easy, such is the curse of most tower defence games, and it's too simple to stand next to the electric fence and let your turrets kill everything before it gets anywhere near you.

Then there's the fact that you're probably a little sick of zombies by now. And while the game might add a decent amount to the TD structure, in the end it's just bits and bobs attached to the same old bones.

But if you like those bones, and you're not too fussed about the creatures you're pounding in the face, then you're going to find enough here to put a bloody grin on your face.

A bloody and entertaining romp, but don't expect much more from it than that
Next Up :
Otaku's Adventure mobile review - "A truly bizarre love triangle"