Crashlands is making an emergency landing on Nintendo Switch

And couch co-op is along for the ride

The time has nearly come - Crashlands is headed to Nintendo Switch in a mere matter of days. Butterscotch Shenanigans’ debut crafty-RPG is launching next week alongside the game’s local co-op mode. Brilliant timing, I’d say.

In the game’s couch co-op mode, one player will assume the role of Flux, an intergalactic trucker, with Player Two taking control of Juicebox, her robot assistant. They’ve crashlanded on Woanope, where they’ll craft tools and a base and tame monsters while exploring three unique environments in the space of a story mode that could surpass 40 hours. 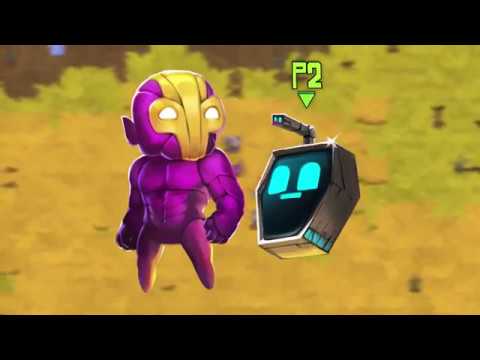 Subscribe to Pocket Gamer on
Crashlands looks like a bite-sized indie adventure at first blush, but players will be blown away by the game’s sheer scale. It’s full of humor, fun items to craft, and a huge world to explore. We liked it quite a bit—we gave it a Gold rating when it launched on iOS and Android back in the day.

Crashlands arrives on the Switch eShop on November 8.