Out at midnight: Corpse Party drips its bloody murder over from PSP to iOS

PSP horror title Corpse Party has been fitted out with the latest in tap and swipe technology. In other words, it's coming to iOS tonight.

Corpse Party is an isometric horror game about a bunch of students who attempt to survive a blood-soaked mystery.

Things kick off as one of the students gets hold of a cursed charm. It transports the class to a parallel world inside the demolished Tenjn Elementary School.

It turns out that 30 years prior to the events in the game a kidnap-murder of four children happened in that school. The students try to solve the mystery in order to escape. 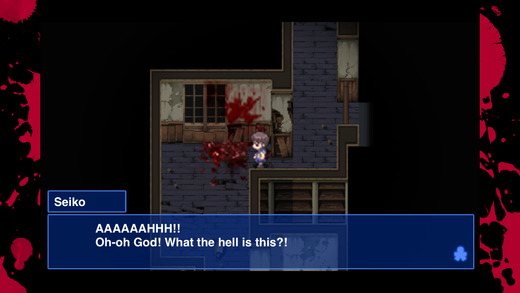 We reviewed the original release of Corpse Party back in 2011 and were a bit iffy in our opinion of it.

"When you're following the narrow path the designers expect you to walk down, Corpse Party is one of the scariest portable games you can buy," we said.

"Yet, failure to do so demands you re-play massive chunks of content you've already seen, significantly diminishing its appeal."

Better wear your brown pants as the horror RPG Corpse Party drops to £3.99 on iOS

Corpse Party is everything a great horror should be, and it's out now on 3DS

[Update] The leaks were right: the remastered version of Corpse Party is coming to your 3DS this summer