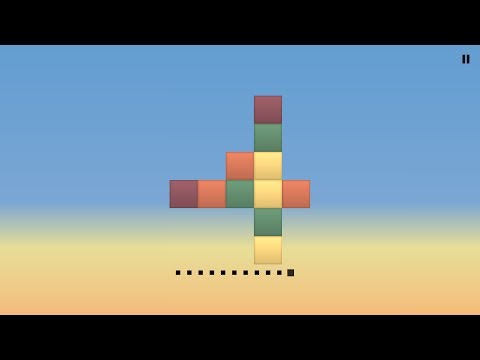 Upon first seeing Cloud Breaker last month, I thought it was both unique and serene.

Pulling apart clouds made of coloured squares, while the sun shines in the background, and flocks of bird pass, is pleasant enough.

But since writing that article I've actually had a chance to play Cloud Breaker, and now I know of its true nature. It makes me panic.

Each level consists of a series of these clouds, and a timer counts down while you solve them as quickly as possible. The soothing presentation hides Cloud Breaker's evil, tick-tocking heart.

It's a good puzzler from what I've played, mind. It's just evil. So we'll make sure you know about its arrival on the App Store next week.